Papyrus UMLLight is a simplified UML modeling tool based on Papyrus that exposes only the most common concepts and diagram types of UML. 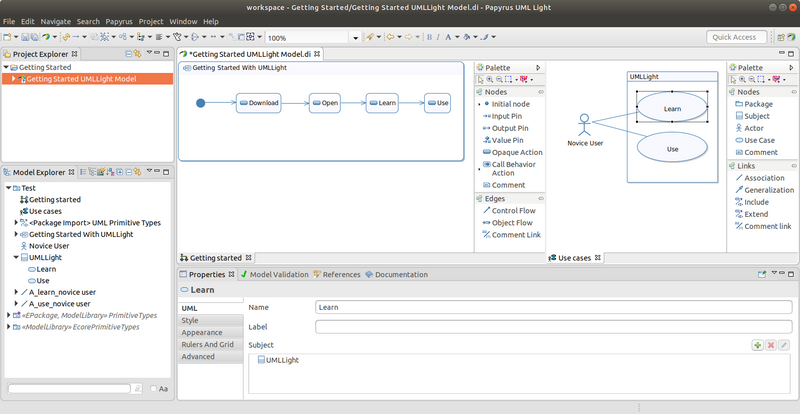 Papyrus UMLLight is in the process of being moved to the Papyrus project (see bug 543498). Until then, its sources are hosted on Github and the downloads of the release candidates are available at the following interim locations:

documenting all the customization techniques applied in UMLLight

Tutorial to get you familiar with modeling with Papyrus UMLLight.

Until moved to Papyrus (see bug 543498), please refer to the Github project to access the code, get information on building the product, or to open bugs.