The public API for BPMN2 Modeler plug-in extensions is a stable plugin. API changes when and if they are required, will only happen on minor releases of the modeler (e.g. version 1.3.0 => major = 1, minor = 2 service update=0.) We also try to keep API changes aligned with Eclipse releases.

If you plan to contribute to this project, than you should install the Eclipse Contribute IDE with the BPMN2 Plugin. For this we provide a Oomph setup. In any installer, switch to advanced mode via the menu button in the upper right. 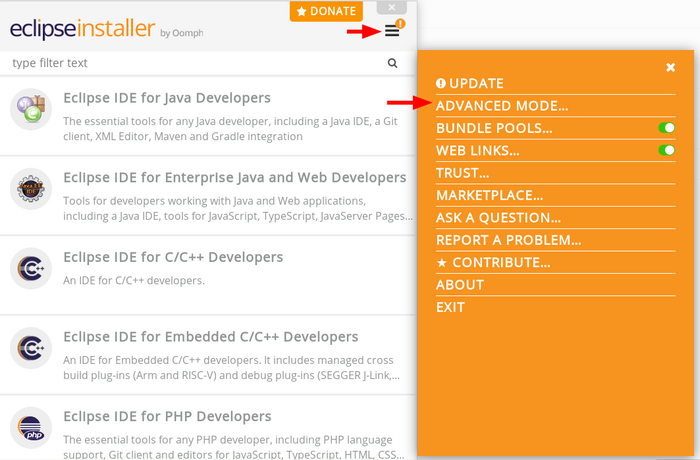 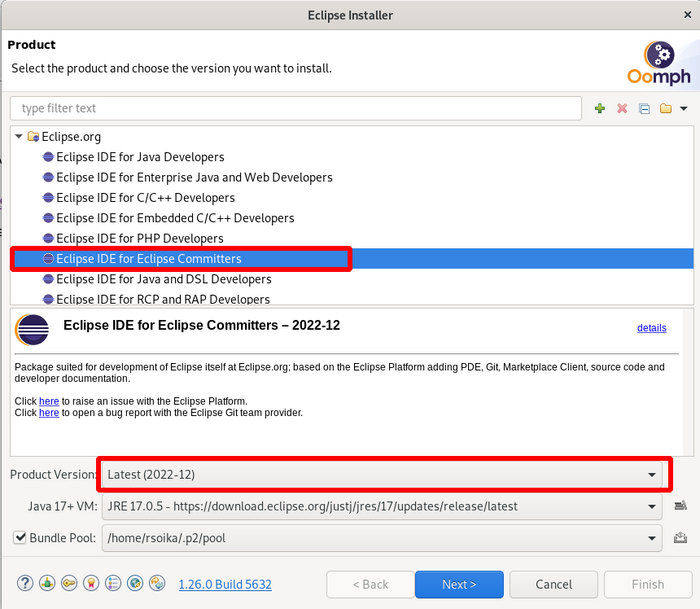 Next choose the BPMN2 Project: 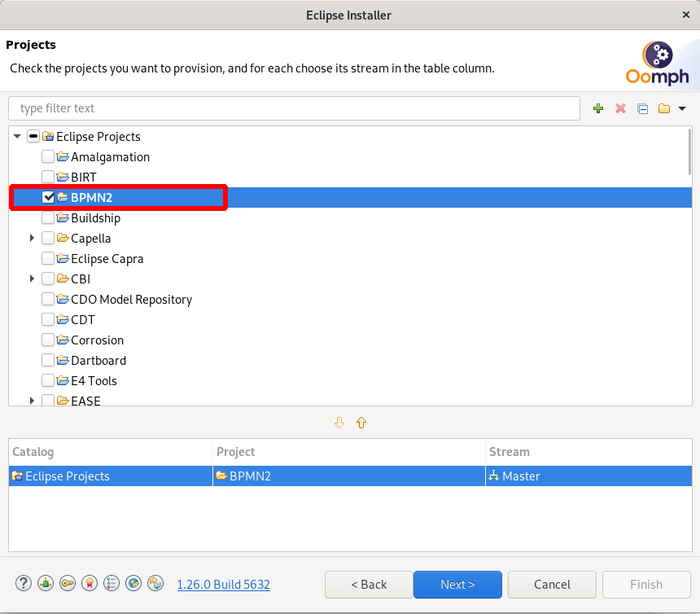 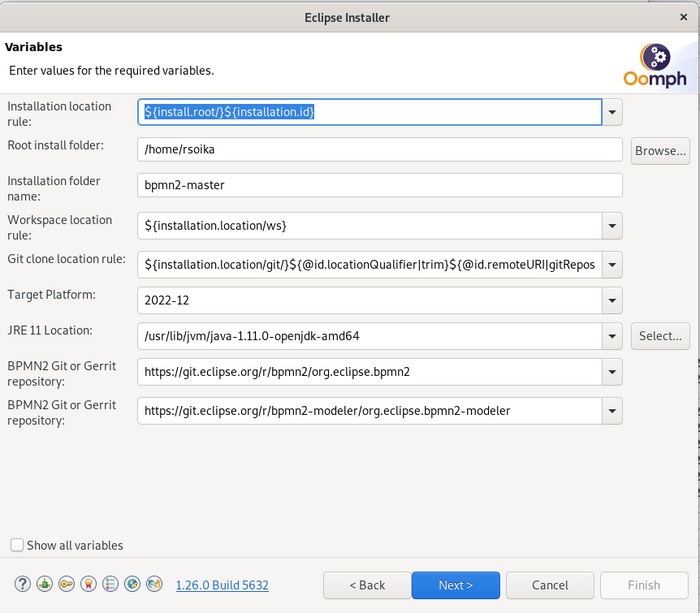 The defaults are generally fine, but look closely as the repository URI choices and choose the one you normally use.

That will create and launch a new IDE using the version of selected version of the target platform with the clones available and the projects imported. 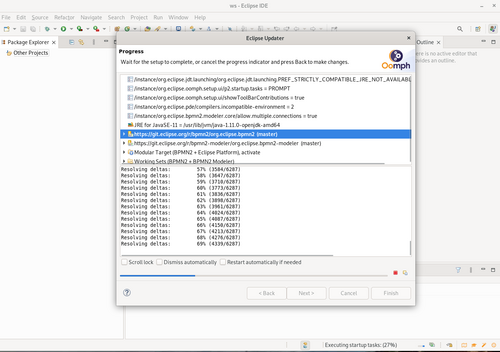 These tutorials assumes that you are comfortable with XML and XML Schema and have at least a working knowledge of the BPMN2 language. You should also be somewhat familiar with EMF and its terminology, as this will be used frequently. At a minimum, you should understand:

In this tutorial, all EMF model types (EClasses) attributes (EAttributes) and references (EReferences) are displayed in bold, for example UserTask or name. In discussions of Java or XML code fragments contained in the tutorial, references to these appear in italics, for example createBindings() or modelExtension.

You can find a example code on GitHub showing some of the concepts explained in the following tutorials.