Creating a VIATRA2 Importer for a Simple XML-based Language

There are two essential components of an importer:

The example we would like to use as the pilot example is a workflow description language. A file describes the activities of drivers of cars in a scenario. So we have the participants (the drivers), and the timeline. This workflow however, does not cope with use decisions along the scenario, only a sequential execution of activities is possible extended with concurrency. Hence, it is basically an interval editor. Each interval represents an activity. 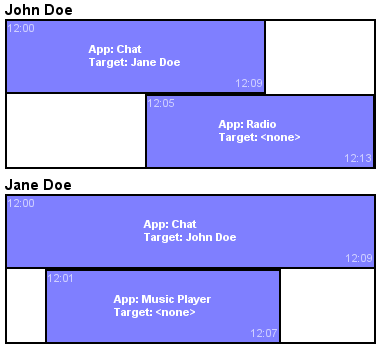 Fig.1 The graphical concrete syntax of the language.

Fig. 1 represents a possible graphical concrete syntax of the language.This example has two participants, John Doe and Jane Doe. They are having a chat conversation from 12:00 till 12:09. Meanwhile Jane listens to a song, and John goes on listening the radio.

Fig.2 The XML notation of the workflow.

The XML representation of the example workflow can be seen on Fig. 2. We have one <carworkflow> . The carworkflow describes the activities of the drivers of two <car>s. The <activity>(ie's) attributes also define the additional attributes.

File:Cwf xsd.png
Fig.3 The XSD Schema definition of the language. 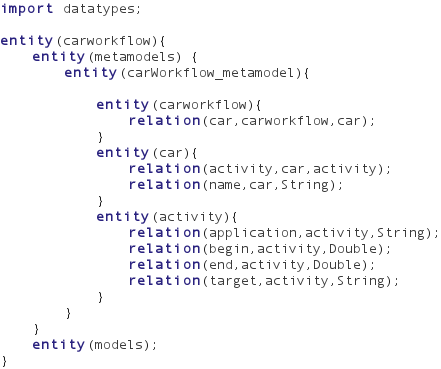 Fig.4 The metamodel of the language in the syntax of the VIATRA2 Textualt Metamodeling Language.

The usual way of creating a metamodel based on an XSD schema: First complex types should be identified by entities in VIATRA2. For the representation of containment relations and cross references between XML tags we have multiple options. Here simple relations are only used. However, for the containment a good idea could be to derive them from a containment supertype. So to represent that a car workflow has cars as containmnet simply a relation is used. In this simple example attributes are similarly handled. The line relation(application,activity,String) indicates that an entity the type of whom is activity may have a reference to an application.

Explore the input model. E.g. make a DOM tree and do a depth first search. Every time an element is reached it has to be instantiated in the VIATRA2 model space also like this:

The first argument is the name of the entity in the modelspace. Most of the time irrelevant. value is a String which is going to be the value of the new entity. Presuming that the car workflow entity has already been instantiated,we give it as container.

VERY IMPORTANT: from the modeling point of view the container of the new entity is also irrelevant. Pattern matching for VIATRA2 containment is not recommended. Containment from the point of view of the model is going to be represented with the appropriate relations. The VIATRA2 containment helps to organize the model space so that it remains comprehensible. Also don't forget the second line: declare that the new entity has the type of car.

Now the relation has to be instantiated that represents the XML containment in our model:

Running these steps in a recursive manner is going to create a tree reflecting the XML tree.

However, in the XML there are usually crossreferences between the tags like the target attribute of the tag activity. There is another phase needed for resolving these after the containment tree is ready. The simplest way to do it is to put all entities into a HashMap with the key how they are referenced. When the references are resolved we just instantiate relations like the one above.

The attached source code (click here) imports the above specified car workflow language. The importer code, the metamodel and an example VIATRA2 modelspace is attached. However, there are two differences to the above example:

This page was last modified 03:05, 30 April 2015 by Dániel Segesdi. Based on work by Balázs Bogsch, Istvan Rath and Zoltán Ujhelyi and others.