The aim of this document is to give an overview on the PSystem representation in VIATRA Query. The PSystem is a declarative description of the constraint network that is used internally to represent queries, argue on them, and create query evaluation plans. The PSystem is used both by the VIATRA and IncA projects as an intermediate representation of the model queries, and both the Rete-based and Local Search-based query backends consume it as their starting point. In the layered architecture of query evaluators which build on VIATRA Query, this is the first component which is entirely modeling platform/framework independent. See the following page for the role of PSystem with respect to other representations: Query processing. 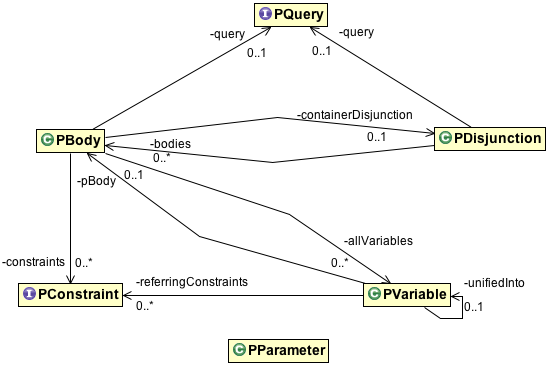