Tutorials on how to use Trace Compass for trouble-shooting various reliability problems are now available and a link can be found on the Trace Compass website.

In this version of Trace Compass, initial support of the Eclipse dark theme has been added. This improves the user experience when using the dark theme. Colors of lines in XY chart views, state colors in Time Graph views or cursors colors are not updated for that. More updates are needed to fully be able to style Trace Compass for the dark theme. 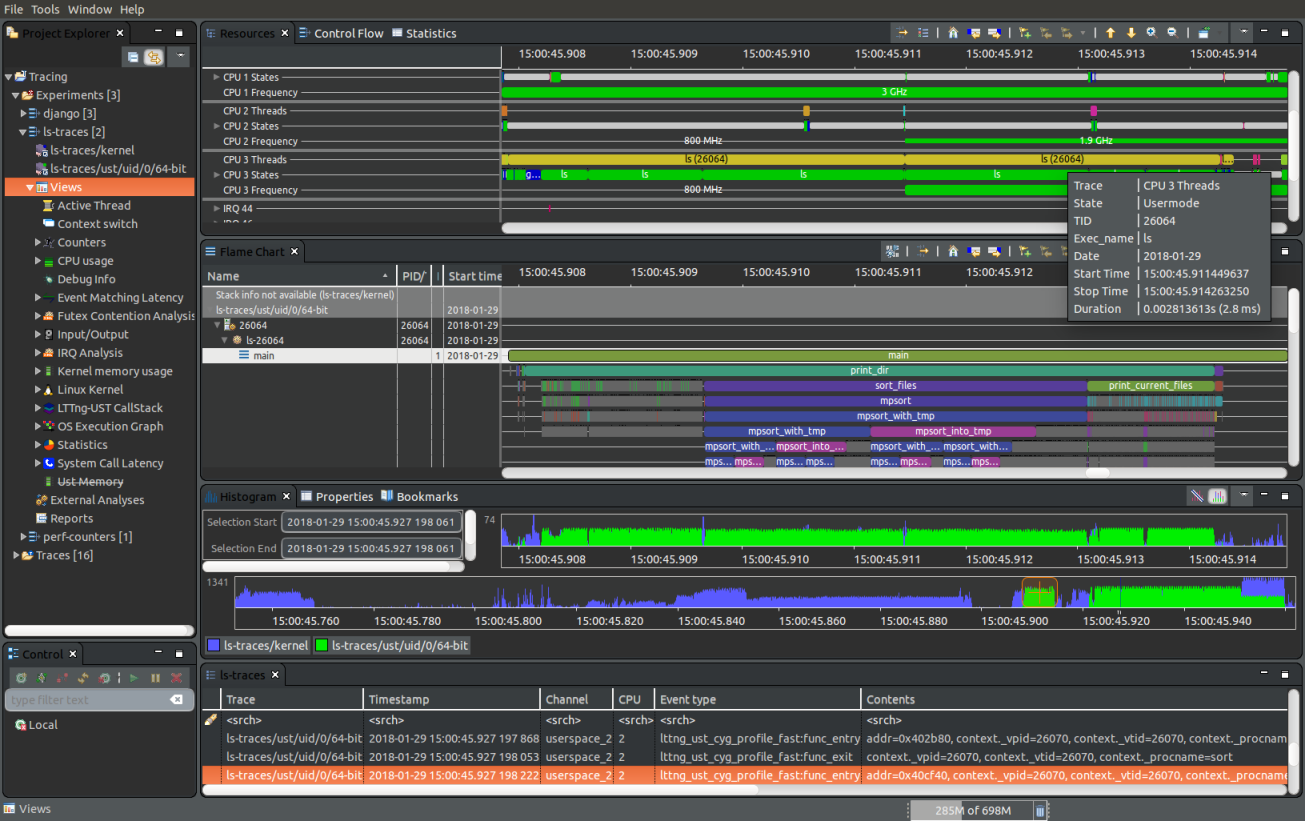 This "Potential Memory Leak" view shows where in the trace was allocated memory that was not deallocated during the trace time. These are not necessary leaks, for real leaks, tools like Valgrind are preferable, but used in conjonctions with other views like the "Flame Chart", it can help find where in the code this memory was allocated. 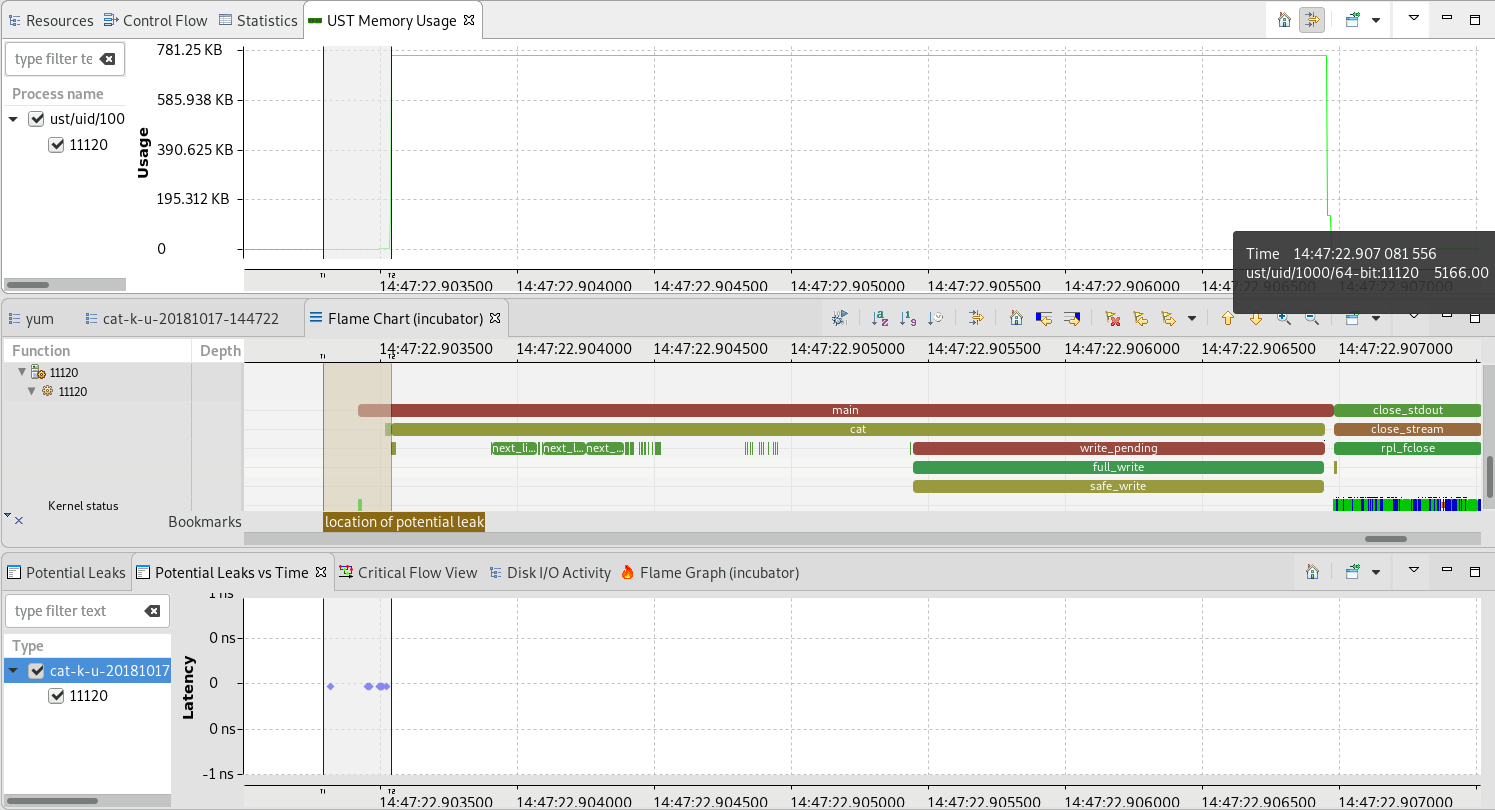 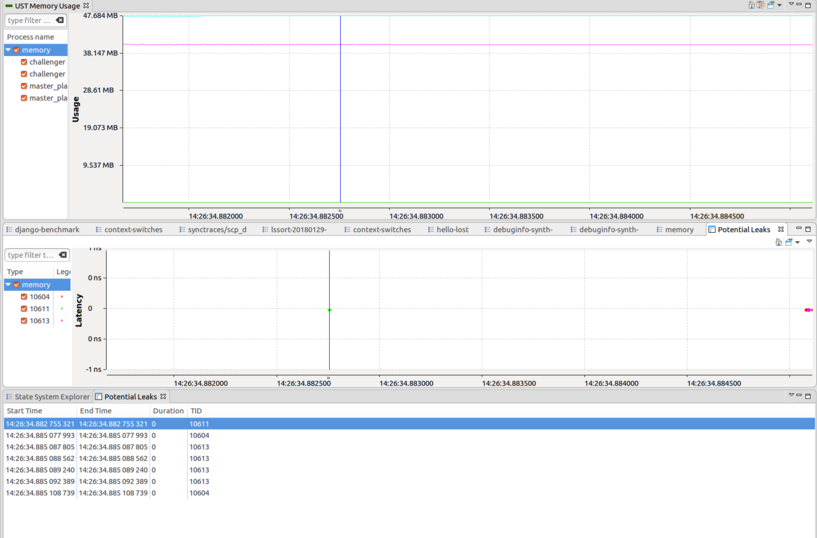 Allow the user to change the default zoom level of a given trace type, this can be accessed via the Tracing->Trace Types menu in Preferences.

Provisional APIs have been added for Trace Compass adopters to parse traces written in JSON format. With this it will be possible to implement JSON trace types. The source code provides a way to sort a JSON trace per timestamp if the trace events are not in chronological order. For example, the support for Jaeger traces in the Trace Compass incubator project already uses these APIs. The APIs are currently provisional, to allow further refinement of the API later on and allow for early adopters to give feedback.

This page was last modified 11:24, 20 December 2018 by Bernd Hufmann. Based on work by Matthew Khouzam, Genevieve Bastien and Jean-Christian Kouame.