Allow a timegraph to not be time aligned with the main trace and also to pin it to another trace allowing visual timegraph comparison.

now all have a checkbox tree viewer to select which series to display.

Charts now support data from multiple sources at once.

The tree will update while the analysis is running.

The tree entries' path can be searched with regular expressions.

Configuring a project as tracing project 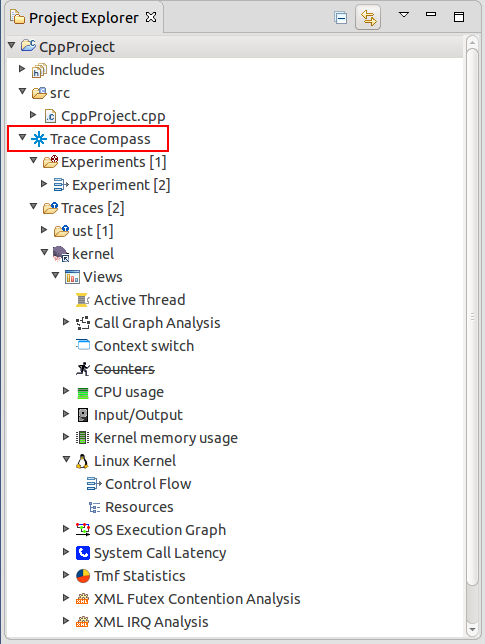 The virtual machine analysis development has moved to the Trace Compass Incubator project, where it is being actively developed. The functionality in Trace Compass has thus been marked as deprecated, inviting the user to get the feature from the Incubator. The Incubator's update site can be found http://download.eclipse.org/tracecompass.incubator/master/repository/.

Users can select the colour and width of the events in the time graph (Gantt) charts. 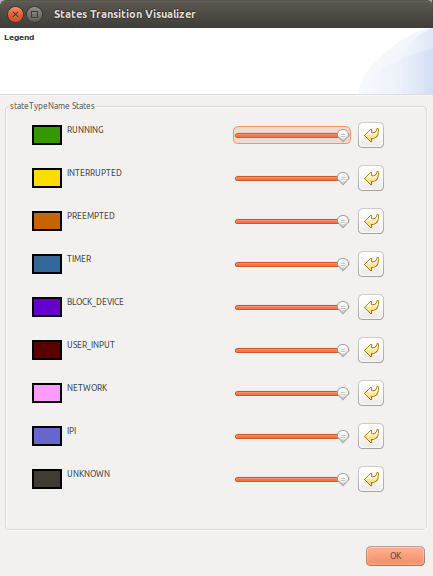 A typical scenario is to have a program either squash or archive its log or trace. This saves a few clicks while cleaning the tree.

Make it easier to extend. Examples are support for :

Make it faster and easier to rename traces.

Add icons to views and analyses 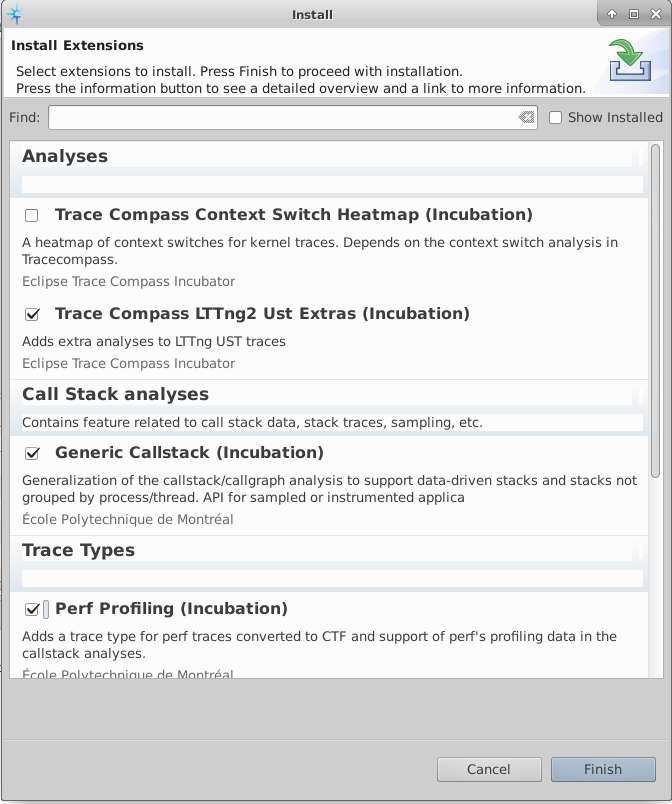 XML analyses can now define state values as a result of javascript code. The code to execute is written in the value attribute of the state value and the type is script. Variables names in the script can be replaced by a value with id of the same name defined under the script tag.

The code below shows an example of a state change assigning a value as a result of a script:

This page was last modified 14:24, 29 November 2017 by Matthew Khouzam. Based on work by Genevieve Bastien, Loic Prieur-Drevon and Jean-Christian Kouame and others.