It is now possible to activate time range filtering when selecting traces for an experiment. By using this option, only traces that are in or overlap the range will be added to the experiment. 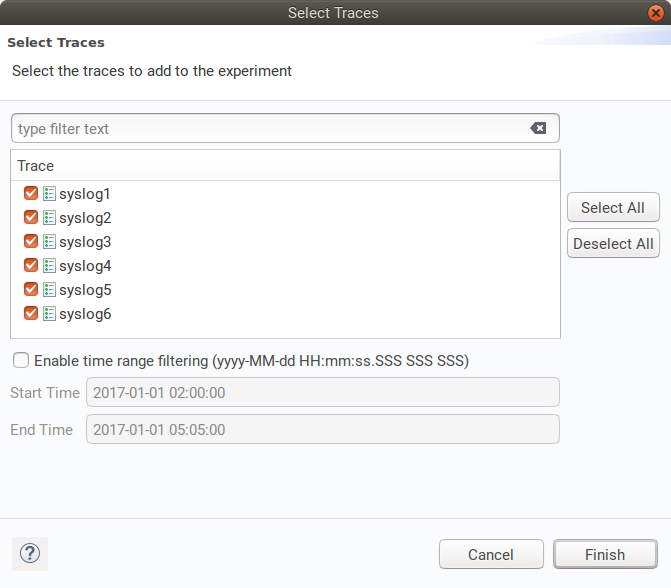 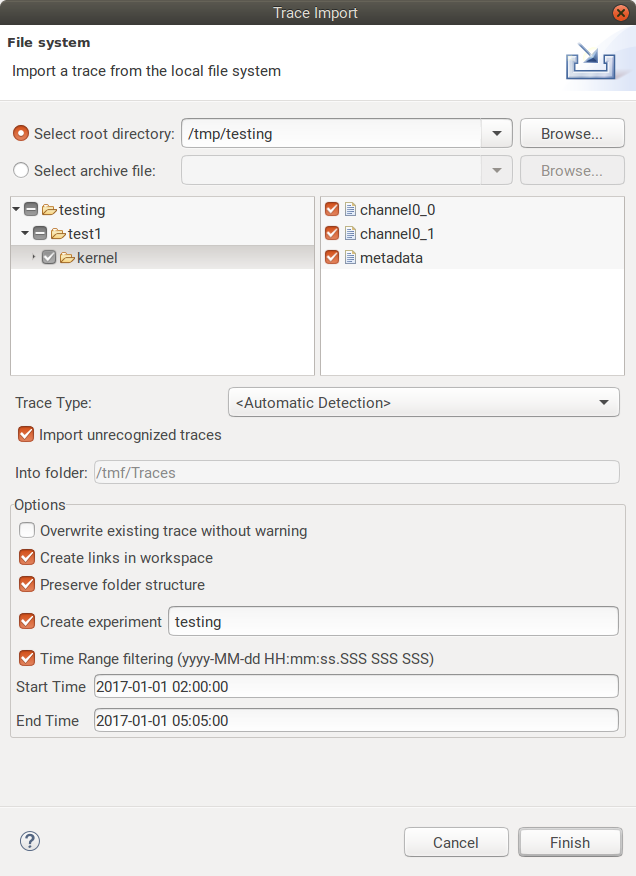 Multiple symbol provider can now be used to show missing data in a given trace. They UI is also streamlined. 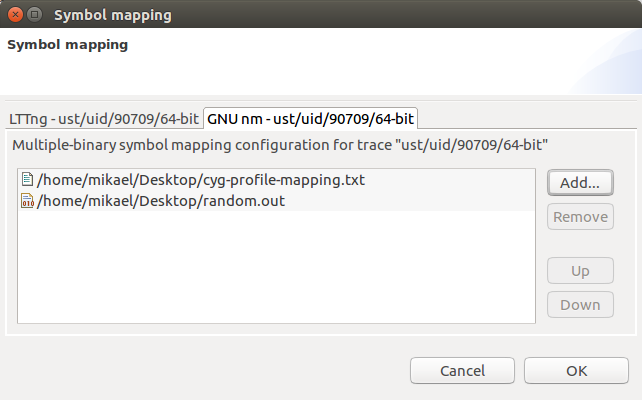 Linux Performance Counters (AKA perf counters) are now available as aspects. These aspects are not displayed by default. To access them, right click on the events table header and select them. Columns containing the counters will them be visible in the events table. 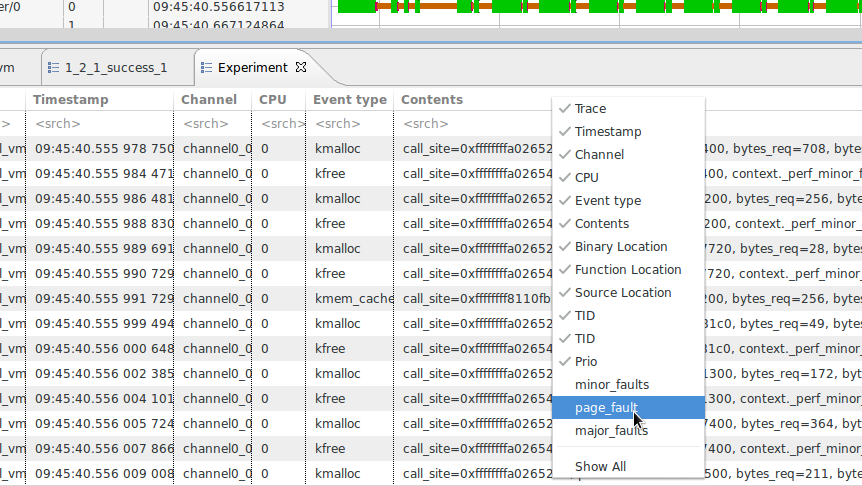 A new view has been added to visualize Linux Performance counters from LTTng traces that have Perf counters added to the event context. The new Counters view provides a checkbox tree to select which counters to display in the chart beside.

The expanded/collapsed state of timegraph entries is restored when switching back and forth between traces.

The State History Tree (data structure used for storing analysis results and persisting results on disk) has benefited from performance improvements: It takes less time to build it and it uses at least 2 times less space on disk. It's performance no longer degrades when multiple time series are stored (tread bombs for example). Moreover, values are indexed on their keys in addition to their times, which contributes to speeding up queries. Detailed performance benchmarks are visible at [1]

The time graph views are now virtualized, which means that only visible items are queried and rendered when navigating the view. This results in at least a 20% performance gain for most views. The Control Flow View and Resources View also benefit from new backend queries which make them even faster.

This page was last modified 16:41, 28 August 2017 by Bernd Hufmann. Based on work by Loic Prieur-Drevon, Jean-Christian Kouame and Matthew Khouzam and others.