Understanding pass-through connectors and how they can be implemented in UML-RT (and Papyrus-RT) is the base of interesting modeling patterns. In order to be able to use these correctly, the following explanation has been written.

Note
Note that the concept of “faces” in the discussion below is not an official UML or UML-RT concept and is just used for illustration of one way of thinking about connectivity.

The following information was taken from Papyrus-RT Bug 487356.
The text is from Ernesto Posse based on a discussion with Bran Selic.

In Figure 1, Diagram 1 shows a legal (delegation) connector (conn2), connecting two ports (q and r) with the same conjugation. Diagram 2 makes the faces explicit. For a base port ( p) the outer face is white and the inner face is black. For a conjugate port (q,r), the outer face is black and the inner face is white. The rule is that a connector can only connect "opposite" faces. Diagram 3 is illegal because, as depicted in Diagram 4, a connector would connect faces with the same colour. 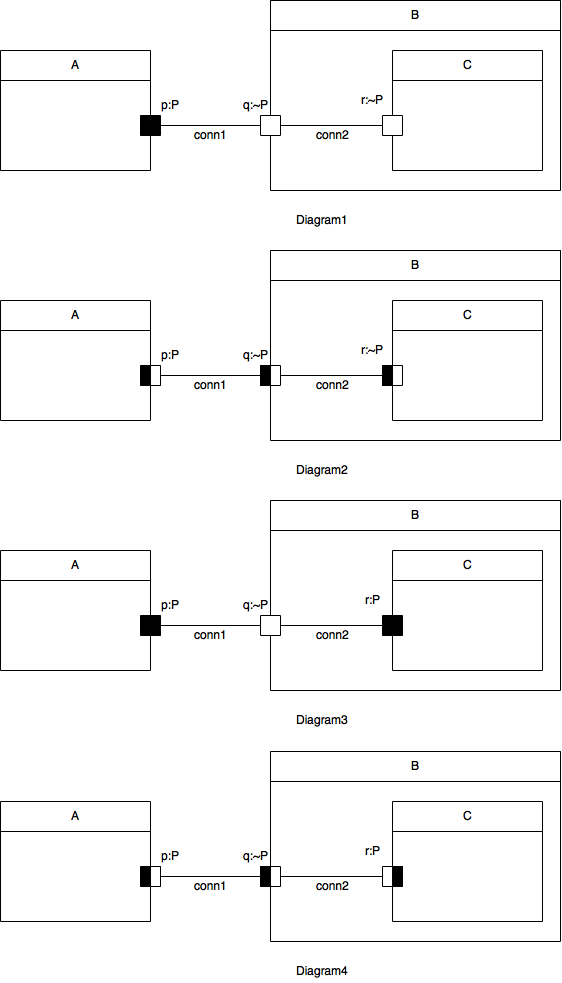 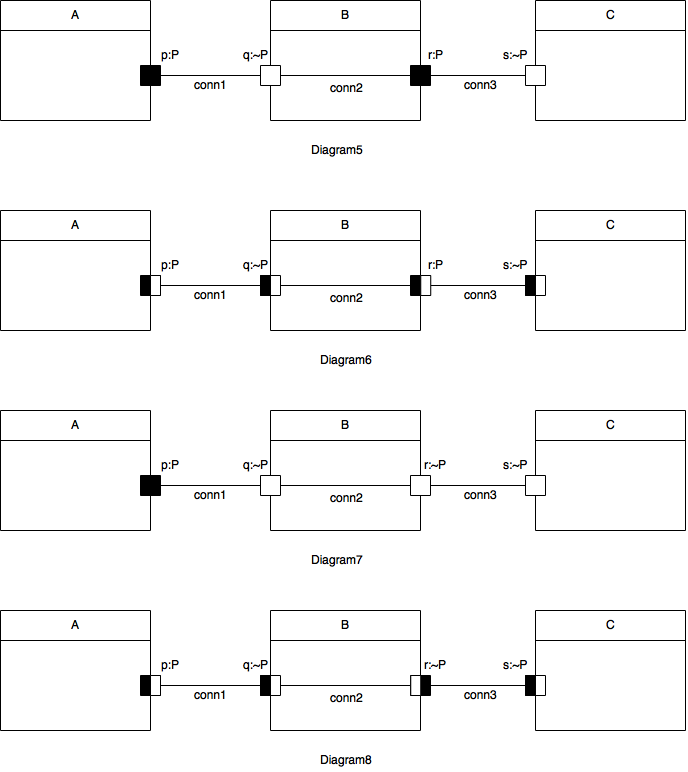