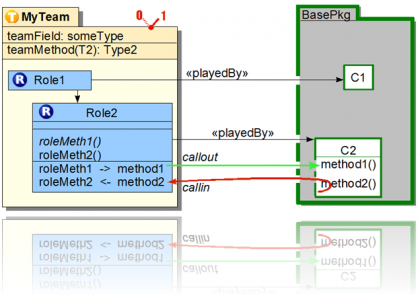 Compiler invocation
The compiler can be invoked either from the ObjectTeamsDevelopmentTooling (OTDT) or as a command line compiler (ecotj).

For compiling OT/J source outside Eclipse please see either of:

While load-time weaving has the advantage of easier deployment - no tweaking of the classpath is required to ensure that the right version of a class is loaded - it may be difficult to integrate in some application containers. As a fallback mechanism, the OT weaver can be used to process all affected classes already at build-time. The resulting woven classes can then be executed on any JVM (≥1.5) without using the load-time weaver.