This page provides the required docuware for the MoDisco v0.8.0 Release Review, as part of the upcoming Helios Simultaneous Release.


IMPORTANT: MoDisco was formerly part of the Generative Modeling Technologies (GMT) project, also inside EMP, and has successfully undergone a Move Review on the 27th of April 2010: the corresponding docuware can be found from the Eclipse past reviews page

New in this release

For the first time, MoDisco is part of an Eclipse Simultaneous Release. The different features provided by MoDisco v0.8.0, as part of Helios, are of two categories.

The complete MoDisco documentation is available from the MoDisco Wiki page:

As this is the first time MoDisco is part of an Eclipse Simultaneous Release, there are no API related issues.

The MoDisco architecture is detailed from http://wiki.eclipse.org/MoDisco/Architecture.

MoDisco uses the Modeling Project Releng system to build and promote versions.
Each new build is tested at least with Eclipse 3.6 (Helios).
Core plugins are provided with dedicated test plugins checking their valid behavior.
MoDisco is integrated into the Helios Release Train since December 2009.
It is also part of the Amalgamation Modeling Package for Helios.

MoDisco is used for building Model Driven Reverse Engineering solutions to different scenarios such as:

No components from the MoDisco previous release builds (0.7.1) have been deprecated. 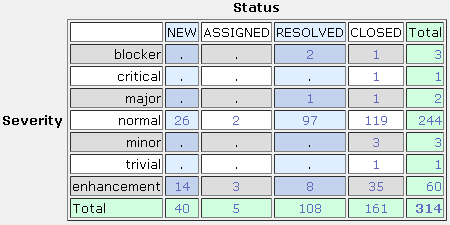 The MoDisco project is working in close collaboration with the OMG Architecture Driven Modernization (ADM) Task Force, which results in the EMF implementation of the Knowledge Discovery Metamodel (KDM) and Software Metrics Metamodel (SMM) specifications.

MDT MoDisco is conforming to the user interface guidelines.

MDT MoDisco is a "+3" project in the simultaneous release

The Eclipse IP Process has been strictly followed and all plugins contain the appropriate about.html and license files.
The MoDisco IP Log is available from http://www.eclipse.org/projects/ip_log.php?projectid=modeling.mdt.modisco

The current project plan is available from http://www.eclipse.org/projects/project-plan.php?projectid=modeling.mdt.modisco.
Next MoDisco version (v0.9.0) is planned to include: