This is a proposal to improve the user interface consistency.

The goal of this ticket is to make the user interface coherent for all the possible generations: 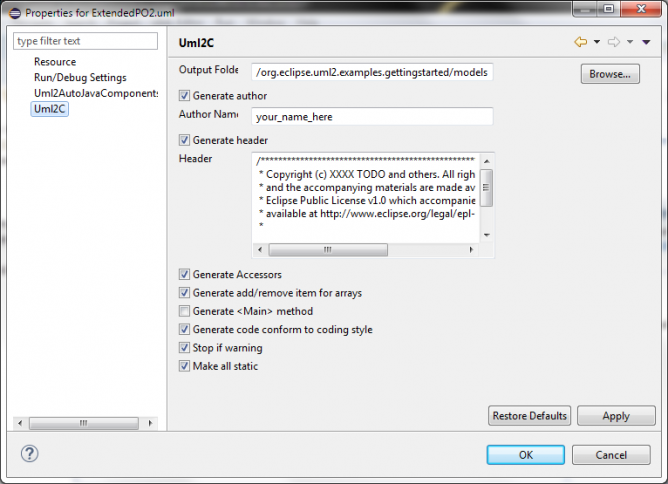 and Java generation defines them in the launcher. 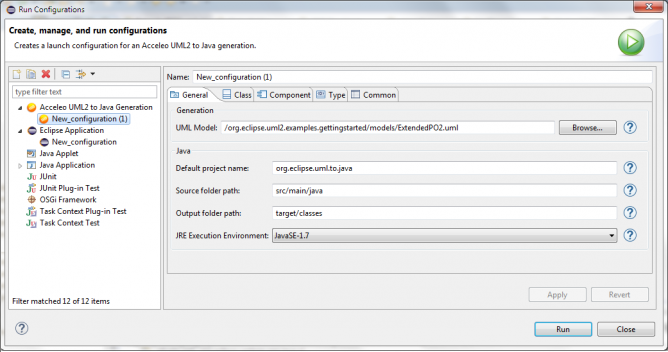 For consistency, all generation properties will be accessible from the UML model properties (like RTSJ and C) in a "UML Generators" container. 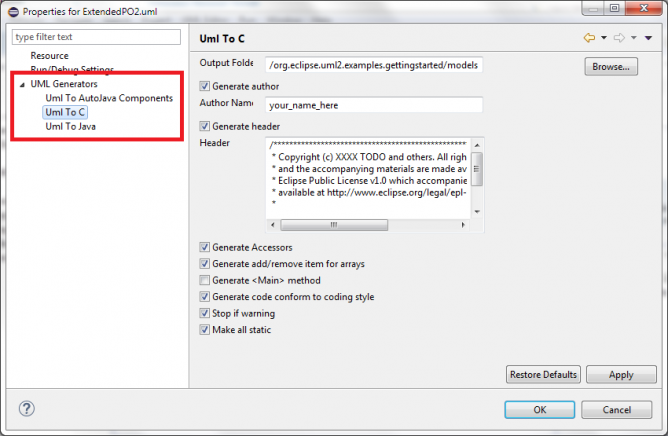 Currently, Java is generated with an Acceleo launcher

and RTSJ is launched with context menus

All generations can be launched in the same context menu: a menu "UML Generators". Icons on menus will be added.

The generations use the configuration defined in properties pages (see Configuration part). The Java generation Acceleo launcher will not be removed. Both of the launcher and the menu can be used to generate Java.

C generation is directly launched in the context menu. Like Java generation, the "UML Generators" menu is added for consistency. 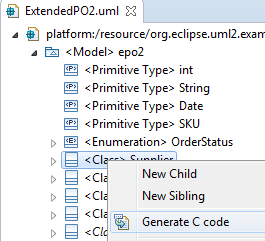 Properties can be defined for C reverse, they are available from C project properties. Only an "UML Generators" container is added to the page. No other updates will be done.

Launching from applying a nature

There are two menu actions to add and remove the C2UML nature from C projects. They currently are in the context menu "Configure" witch is used to convert projects in a nature. However, these actions can launch the reverse so they will be moved in "UML Generators" menu, like the others actions.

Icons will be added for menus.

To be consistent, C generation should be launched from UML files too.

This configuration is set on UML models.

The configuration (properties) of the C generation seems not to be used. So, the related properties page will be removed.

The use of "Uml" on the label of these pages is redundant (and already specified in the "UML Generators" category). So, the labels will be composed like that: 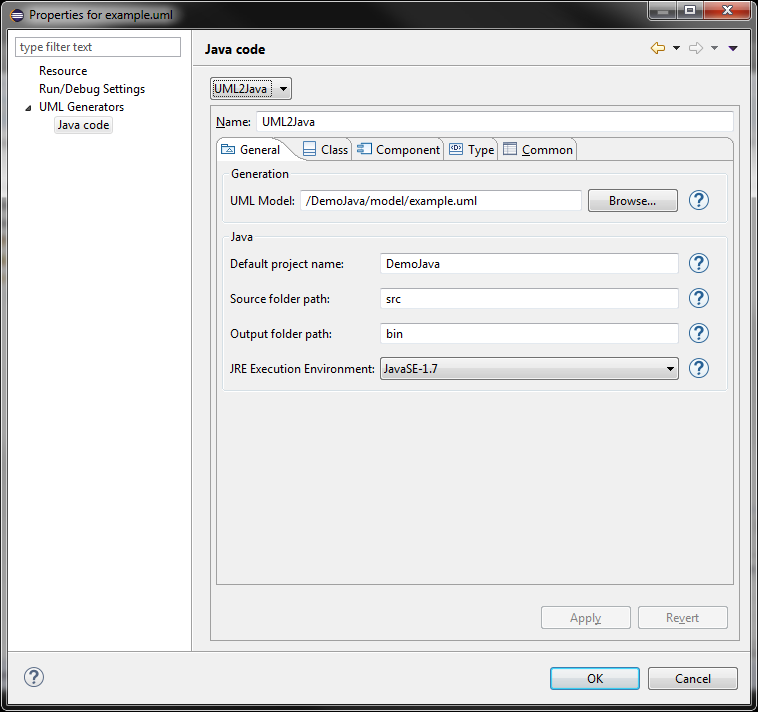 From the contextual menu, the Java generation will be launched using the stored launch configuration referenced from the properties of the selected UML model.

The use of "Uml" on the label of the commands, in the contextual menu, is redundant (and already specified in the "UML Generators" category). So, the labels will be composed like that:

This configuration is set on Eclipse projects.

For now, just the C module uses a configuration at this level to define where data have to be reversed to, in a UML model (C reverser). But, it seems that these properties are also used by the C generator to generate code from a piece of model (looking for data in a UML Package identified as containing source artifacts).

Also, note that C generation and reversing share a same stateful behavior, in particular about the input/output model which may be different from the selected one (from a generation) if the shared preference store is not updated correctly... Maybe a re-architecture work would be required and really appreciated later (in an other scope) but, for now, we make with legacy.

Anyway, as this configuration is common to the C generation and reversing, the title of the properties page will be "C Generation and Reversing". 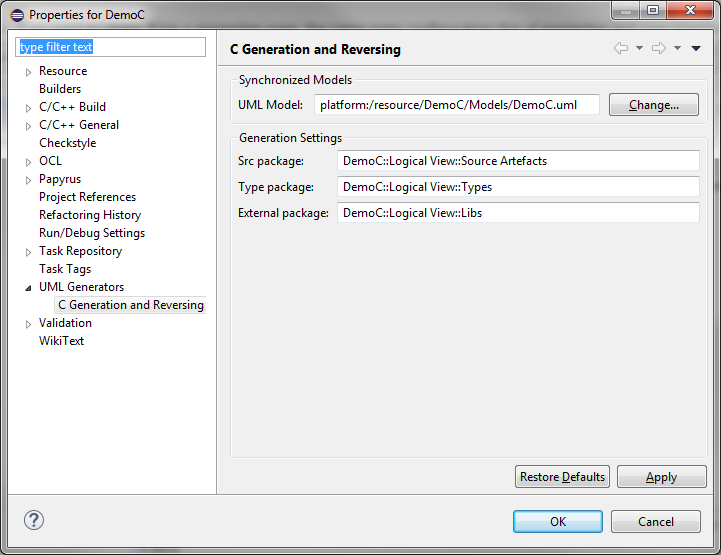 Launching from applying a nature

Today, this nature is mainly used to initialize a reverse or generation and to activate a builder which listens to the changes in the source code or model to automatically update the related artifact(s).

But the synchronization code to model was removed (see https://bugs.eclipse.org/bugs/show_bug.cgi?id=441328), so we have only one direction synchronization. Besides, the objective is to be able to manually launch, on demand, a full reverse processing. Nevertheless, the current work flow is strongly driven by the life cycle of this nature and to try to make coexist these 2 ways may raise the risk to get some side effects (with the model and preference store management).

So, this constraint of adding/removing a nature will be removed from the scope and a menu will be available from the project to launch on demand a C code reversing. The command will execute the same process as the add of the nature but without applying a nature (and so, without listeners). We will still saving configuration in the preference store to be "integrated" with legacy (but it will probably require to be reviewed later).

This evolution does not change any meta-models.

This evolution does not change any API.

All the user manual should integrate the user interfaces updates.

This part of the document should describe the strategy to use to correctly test the evolution and guarantee the non-regression.

Any important tradeoff or choice made during the implementation should be referenced here with pros/cons leading to the final decision.