The need being addressed is the synchronization of models that are technically disjoint, evolve in parallel, but are conceptually related. This conceptual relation implies that the models must be consistent with each other, at least at certain points in their life cycle, which requires synchronizations. By model we mean an arbitrary set or subset of consistently structured data, where consistency is defined by the compliance of the data to a known, unambiguous data format or metamodel.

It is assumed that

No assumption is made a priori on

We call a piece of software that carries out such a synchronization a bridge. The need for bridges, albeit well-known, is becoming more and more recurring in MBSE as a means to carry out model (or viewpoint) exploitation by analysis or simulation, co-engineering, or multi-model design in general as required by scalability issues, organizational issues, or tool heterogeneity. However, the design and development of effective bridges is currently hampered by a number of significant challenges and a lack of reusability between ad-hoc solutions. Consequently, Co-Evolution is a technology that is fully dedicated to the design and execution of bridges.

It has been and is being developed in the context of collaborative projects Sys2Soft, Crystal and S3P.

The technology enforces a strict separation between the mapping/transformation logics and the update logics, both being automatically connected by a trace conforming to minimal assumptions. 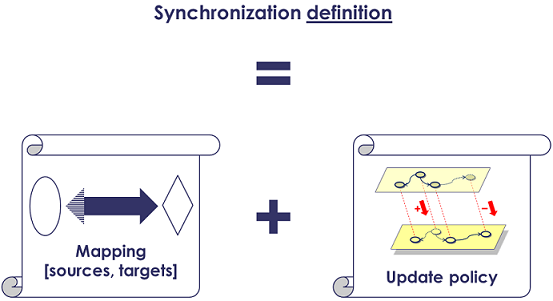 At execution time, the update logics may require an interaction with the end-user, in which case a dedicated GUI is involved. 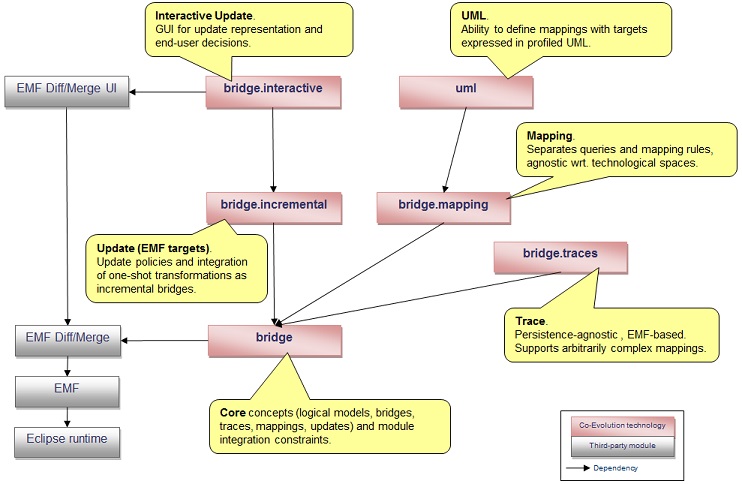