Summary: This feature is about all topics around the comparison of graphical objects.

Links to the Bugzilla tickets which are related to the change:

PENDING This section should contain a summary of the proposed evolution, including why it is needed. Ideally it should be self-contained so that non-developers can get a quick overview of the evolution without reading the detailed specification.

The aim is to be the most consistent with the look of the "semantic" comparison (tree).

Not to overload the diagrams to compare and to ease the understanding of each difference, only the decorators concerned by the selected change will appear.

By default, changes on the GMF notational model will be computed through the EMF Compare generic engine. So, the comparison will provide a high precision level with every unit changes and their required computed differences (see #Required Changes).

The macroscopic changes will be able to define their own and specific requirements to other macroscopic and unit changes (see #Required Changes).

A macroscopic change will be considered as being in conflict if one of its refining changes is in conflict at least (see #Conflicting cases).

Macroscopic changes for diagram comparison are defined to group a set of unit differences related to the notational model and to obtain a global vision. So, the macroscopic changes are refined by other unit changes.

The merge of graphical macroscopic changes consists in merging the potential required differences then the refining ones.

Each refining difference will merge its required ones before merging itself.

To merge the refining differences, the link "refined by" will be used whatever the way of merge.

Let's do a combinatorial analysis of the possible changes involving conflicting cases.
This result can be enlarged considering changes which lead to other ones subject to conflict:

A conflict is created when a change has been made both on left and right side, on the same element.

A macroscopic change will be considered as being in conflict if one of its refining changes is in conflict at least.

The cases of conflicts are (a change from one side <-> an other change from the other one):

Also, a semantic conflict may involve no graphical conflict (e.g. on the name of an object because the change detection is not detected anymore on the graphical level).

The conflicting markers will be visible only for graphical conflicts, on each selection of graphical macroscopic change.

A pseudo conflict may happen when exactly the same change has been made on both side.

The add of a node/edge on the right and left side may involve a pseudo conflict only if these added elements own the same identifier (in case of manual handling of the XMI source or using of computed functional identifiers). 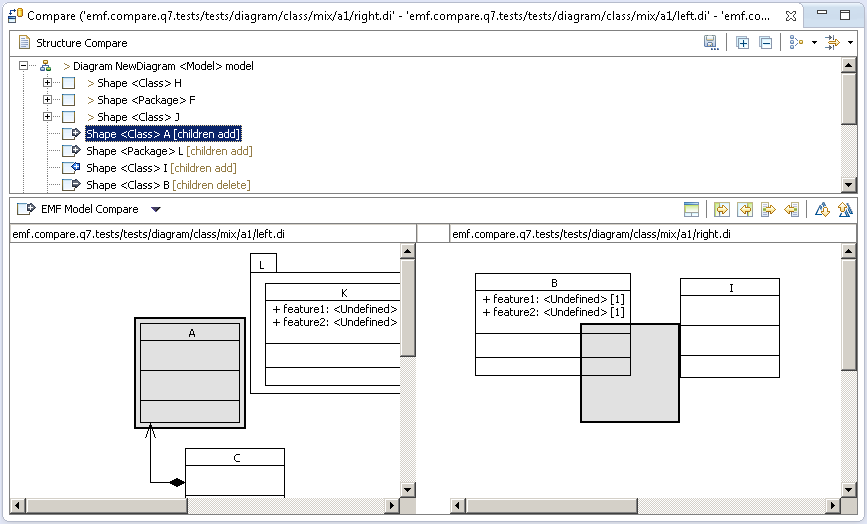 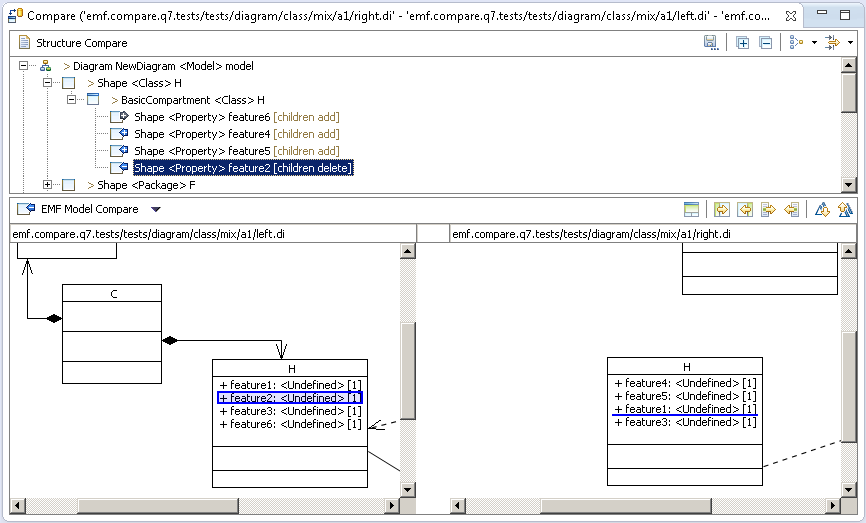 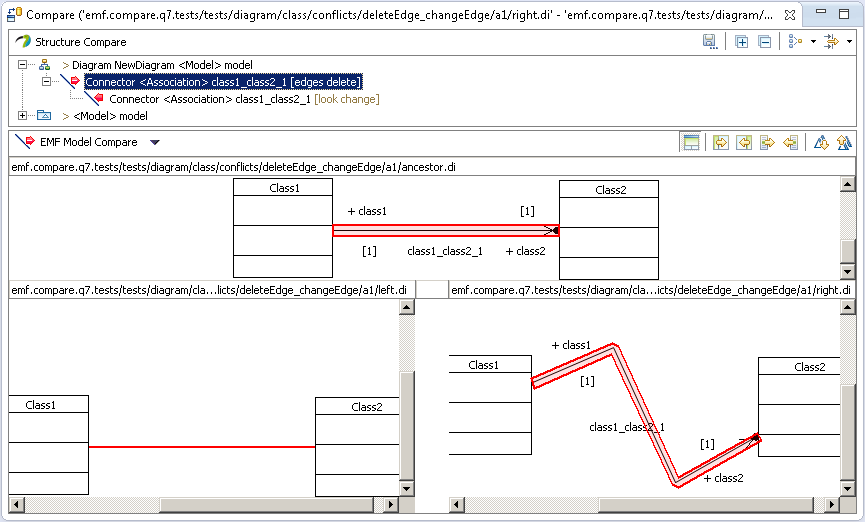 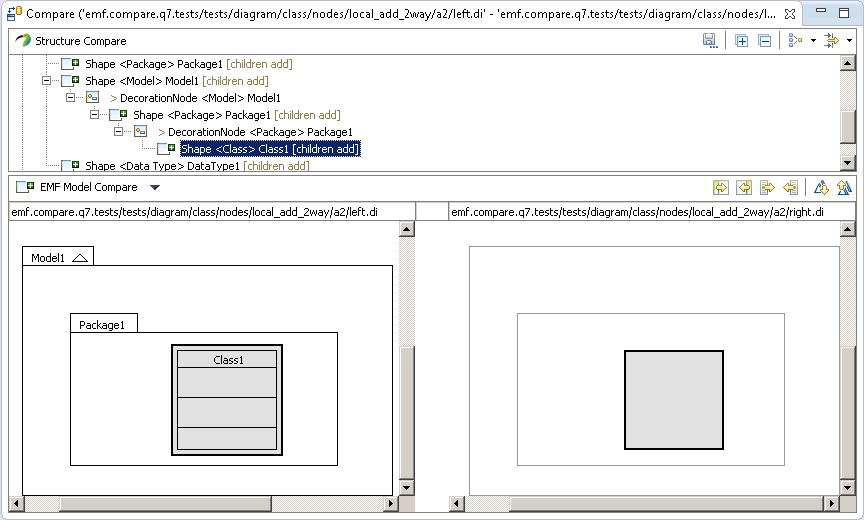 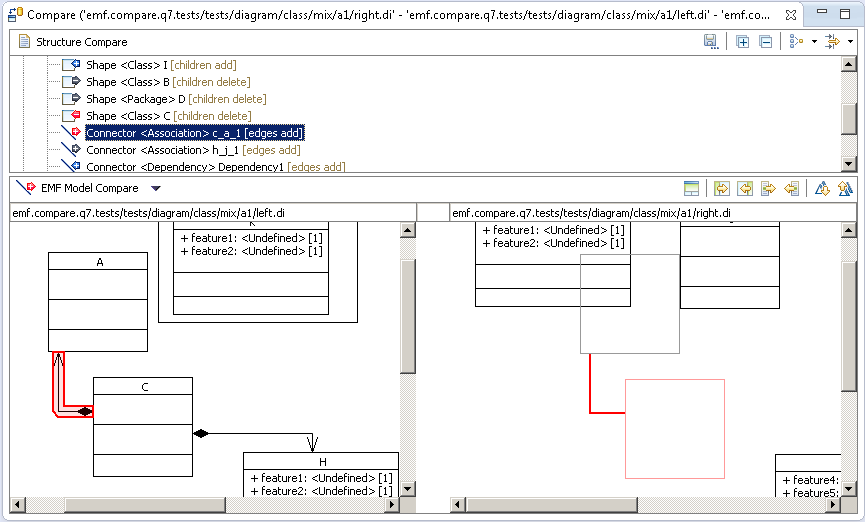 PENDING Every one of the sections below should be present. Even if there is no corresponding change (for example no API change), it should exist to mention explicitly "This evolution does not change any API."

PENDING List every user-visible change in the interface. Here "user" includes not only end-users but also developpers.

PENDING This part of the document should describe the strategy to use to correctly test the evolution and guarantee the non-regression.

PENDING Any important tradeoff or choice made during the implementation should be referenced here with pros/cons leading to the final decision.