Getting TCF to run on the RISC-V

RISC-V development board with Linux installed and network connection.

For example, RISC-V FPGA design for Digilent Nexys Video board.

To allow remote access to all processes and files (owned by system and other users), run the agent as root:

Alternatively, TCF Agent can be added as Linux service, so it will always start on boot.

Please, note that by default TCF Agent runs without any security, which is the best setup for software development on a local network protected by a firewall.

However, if the board is connected to a public network, you would need to run the agent with authentication and encryption enabled.

JTAG allows to debug everything on the target machine: boot ROM code, RISC-V proxy kernel, U-Boot, Linux kernel, Linux modules, Linux user space - all in same debug session. It is very powerful debug mode, but it is also rather complicated, more suitable for system software development rather than application development. JTAG mode not supported by regular TCF Agent, you need special version on the agent, which supports your hardware. In case of FPGA RISC-V designs, Xilinx provides version of the agent (aka Xilinx Hardware Server), which supports JTAG debugging. 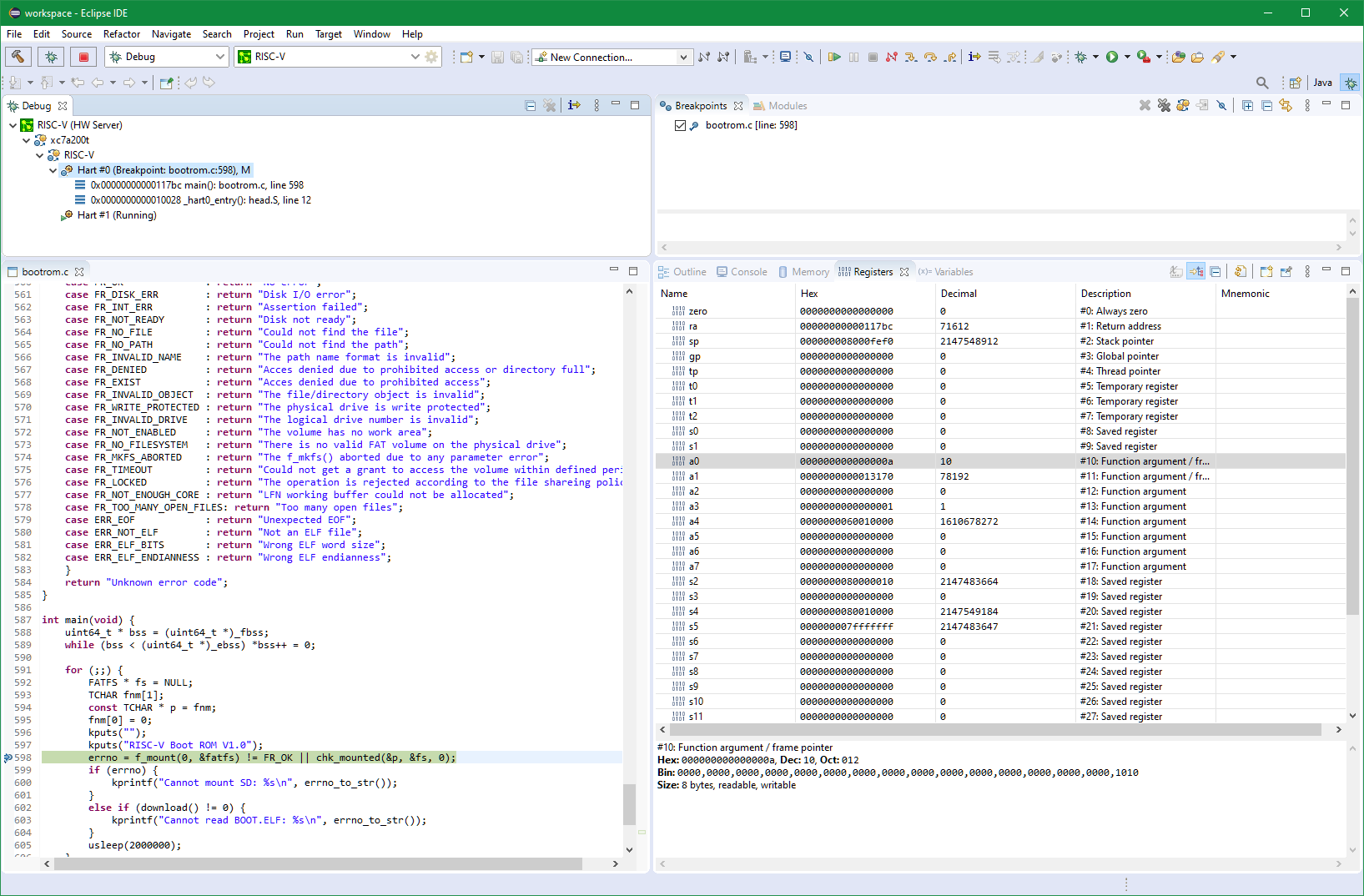