What this tutorial covers

What it does not cover

Before you start, do the following:

For instructions, see Swordfish User Guide, section "Getting Started with Swordfish" within the Eclipse IDE Help.

Basically the workflow for creating and deploying a service involves the following main tasks.

The main set of tasks for the Swordfish Flight Reservation Tutorial can be broken down into two main areas as shown in the following figure: 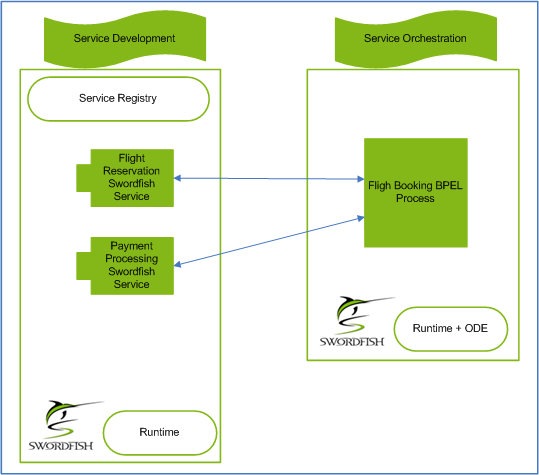 This page was last modified 07:07, 10 September 2009 by Anne Aloysious. Based on work by Anubhav, Volodymyr Zhabiuk and Sergey Dneprovskiy.