The AgentController is a component that manages and monitors Agents. Whenever a new agent task is triggered (via startAgent()) a new instance of the used Agent is created and the agent object hash value is used a an id (called import run id) to identify records created by this agent instance. This import run id is set as an attribute _importRunId on all records and will also visible on the agent instance in the JMX console.

AgentController provides two interfaces, one is used by management clients to start/stop agent instances, the other is used by Agents to execute callback methods on the AgentController itself, executing the ccommon processing logic.

It is possible to provide different implementations for the AgentController interface. At the moment there is one implementation available.

This bundle contains the default implementation of the AgentController interface.

The AgentController implements the general processing logic common for all types of Agents. Its interface is a pure management interface that can be accessed by its Java interface or its wrapping JMX interface. It has references to the following OSGi services:

Agent Factories register themselves at the AgentController. Each time an agent is started with a datasource for a specific type of agent, a new instance of that Agent type is created via the Agent ComponentFactory. This allows parallel watching of datasources with the same type (e.g. several rss feeds). Note that it is not possible to start muptiple agents on the same data source concurrently!

This chart shows the current AgentController processing logic for one agent run: 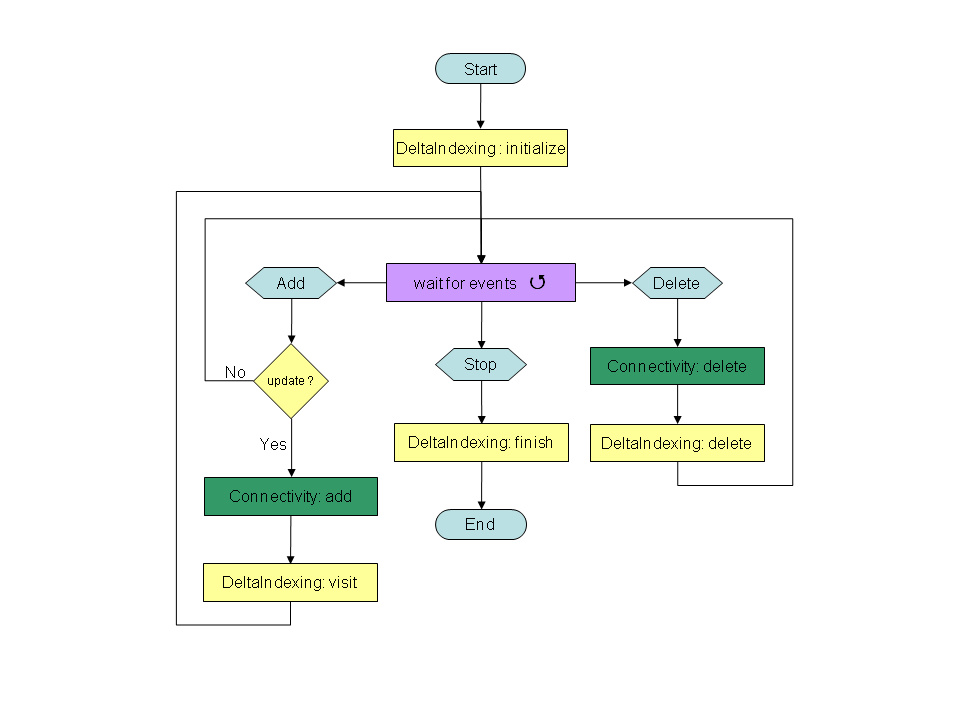 The processing logic will be enhanced when CompoundManagement is integrated.

The exact logic depends on the settings of DeltaIndexing in the data source configuration. Depending on the configured value, delta indexing logic is executed fully, partially or not at all.

Here is a screenshot of the AgentController in the JMX Console: 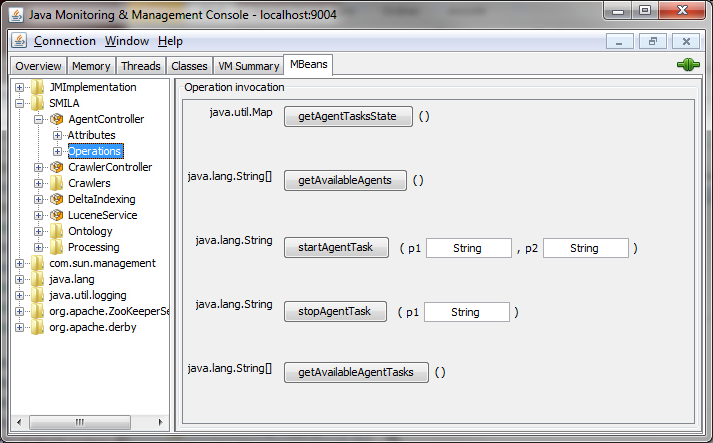 Since version 0.9 the AgentController can also be controlled via the SMILA ReST API. It provides the following endpoints:

The listing contains the available data sources that can be used for crawling and the current agent state. State "Undefined" means that no agent run for the datasource has yet been started. Other states can be

If a datasource is not in agent state "Running" it can be started using the URL given in the datasource listing. The request must contain a JSON body describing the destination job to submit records to. In case of success the response contains the internal import run ID.

If a datasource has been agent or is currently agent you can read the performance counters using the datasource URL:

To stop a running agent, use the following HTTP request. The response will be empty, just the response code will be "OK".

This page was last modified 04:42, 24 January 2012 by Juergen Schumacher. Based on work by Andreas Weber and Daniel Stucky.