When a profiling session is started, a profile dialog is prompted where configuration for the session is available. There are two main areas of configuration in a profiling session: profiling filter and profiling type. Profiling types, a.k.a. Analysis type, indicate what type of data to be collected. Profiling filters ensure that only relevant details are collected by the data collector and channeled out to the views. Using filters is especially useful when speed and efficiency is critical: the less data there is, the less impact it has on the system, and the faster it can be collected. 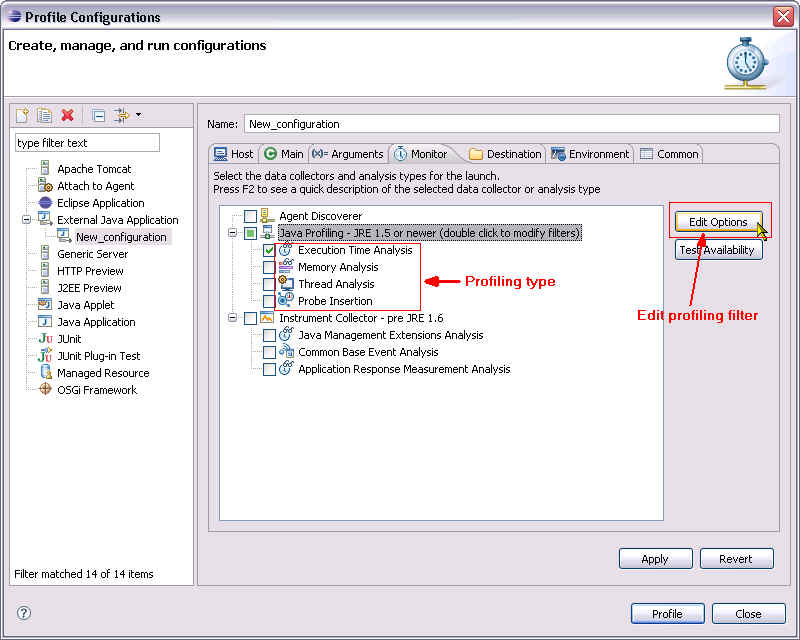 TPTP provides default filters that filter out common and generic packages for profile session in general. User should create or edit an existing filter set and customize the filter configuration that target the package of application under profile. 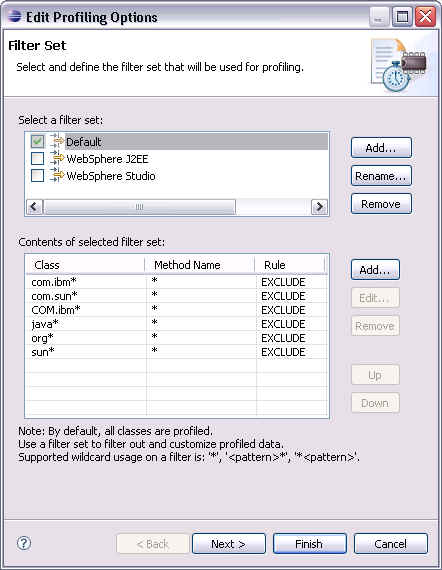 Consider filter set is read by the data collector and used in the decision of routing the trace data to the workbench. Note that only the first applicable filter is applied and the rest in the list is ignored. When you are specifying filters, ensure that you declare the most specific filter criteria first. For example: If data collector have profiling information of package org.eclipse.samples.myPackage.myClass.myMethod(). With the following filter:

The profiling information will be ignored and not sent to the workbench client as the first filter fits the criteria and its rules is applied. However, with the following filter:

The profiling information will be included and sent to the workbench client as the first filter fits the criteria and its rule is applied.

1. When entering a pattern for the package or method name, the pattern must be specified in one of three ways:

2. Certain classes will always be visible in the profiling views regardless of the filter settings. The profiling agent will always collect data for objects or classes that are associated with the task being examined while collecting data specific to the task. For example, you specify a filter to collect data for a single class MyUserClass, and specify another filter to exclude the java.lang.* classes. When an instance of MyUserClass is loaded though, it has an associated class definition that gets loaded. This class definition has an associated class object, which is in turn of type java.lang.Class. This results in data collection for the java.lang.Class in addition to the MyUserClass class. This behavior applies to threads as well. The java.lang.Thread class will always show up in the Profiling views because the profiling agent tracks all running threads, and therefore, collects data for objects or classes associated with those threads. 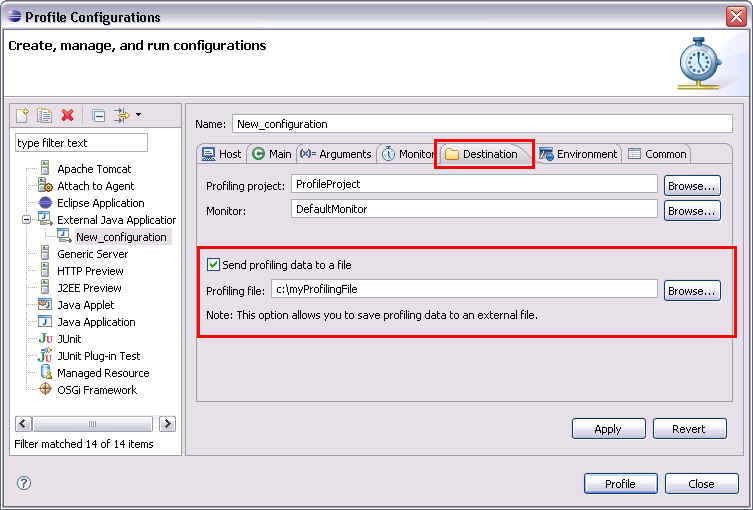 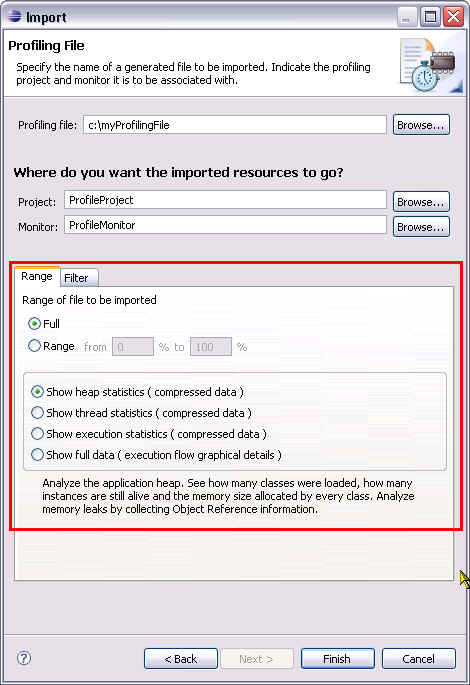 ←Back to Profile with TPTP - plug-in development page

←Back to TPTP wiki page