The current PE and LoadLeveler proxies send attribute definitions to the client during startup to specify the set of fields that will be part of the tabbed sub-panel within the resources tab of the run or debug configuration.

The class implementing the resources tab of the run configuration, org.eclipse.ptp.rm.ibm.pe.ui.rmLaunchConfiguration in the PE case, creates a tabbed widget with a set of predefined tabs.

The createControl methofd in this class creates a TabFolder object then calls methods for each tab that create a TabItem object for the group and add widgets for fields where a matching attribute definition is recieved from the proxy. The set of widgets for a specific field on the panel are specified by logic in the rmLaunchConfiguration class if an attribute definition is received.


The proxy sends attribute definitions depending on the OS where the proxy is running (AIX or Linux), and in the PE case, whether PE is running stand-alone or usinjg LoadLeveler as a back end resource manager since certain options are valid only on AIX or Linux, or depend on LoadLeveler. If the rmLaunchConfiguration class does not find an attribute definition for an attribute, the field does not appear on the panel.

The attribute definitions in the current implementation are

The current implementation supports a basic and advanced mode. In basic mode, the individual settings are specified in fields in tabbed panes in the resources window. In advanced mode, the user specifies the pathname of a file that looks essentially like a setup script that sets environment variables. For instance

Currently, this file must exist on the remote system. If the new model eliminates proxies running on the remote system then this becomes a local file again, and the client code is then responsible for reading the contents of the file and setting corresponding environment variables.

Type information (numeric, string, fixed drop down list, open ended drop down list, boolean, input file, output file, directory) may be useful so that the code which builds the resource tab knows whay tyoe of widgets to add to a tab pane. 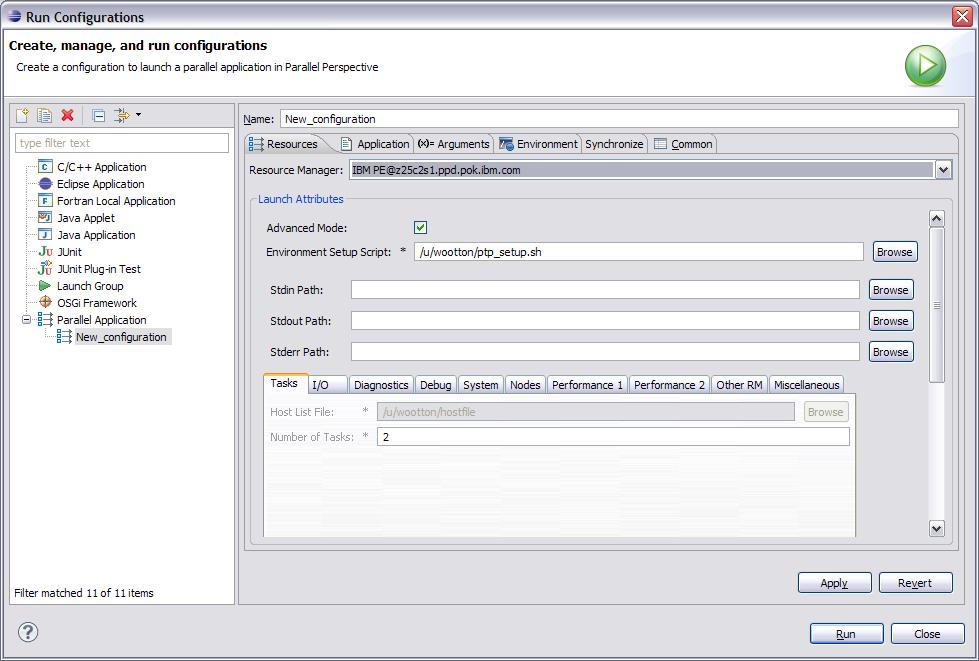 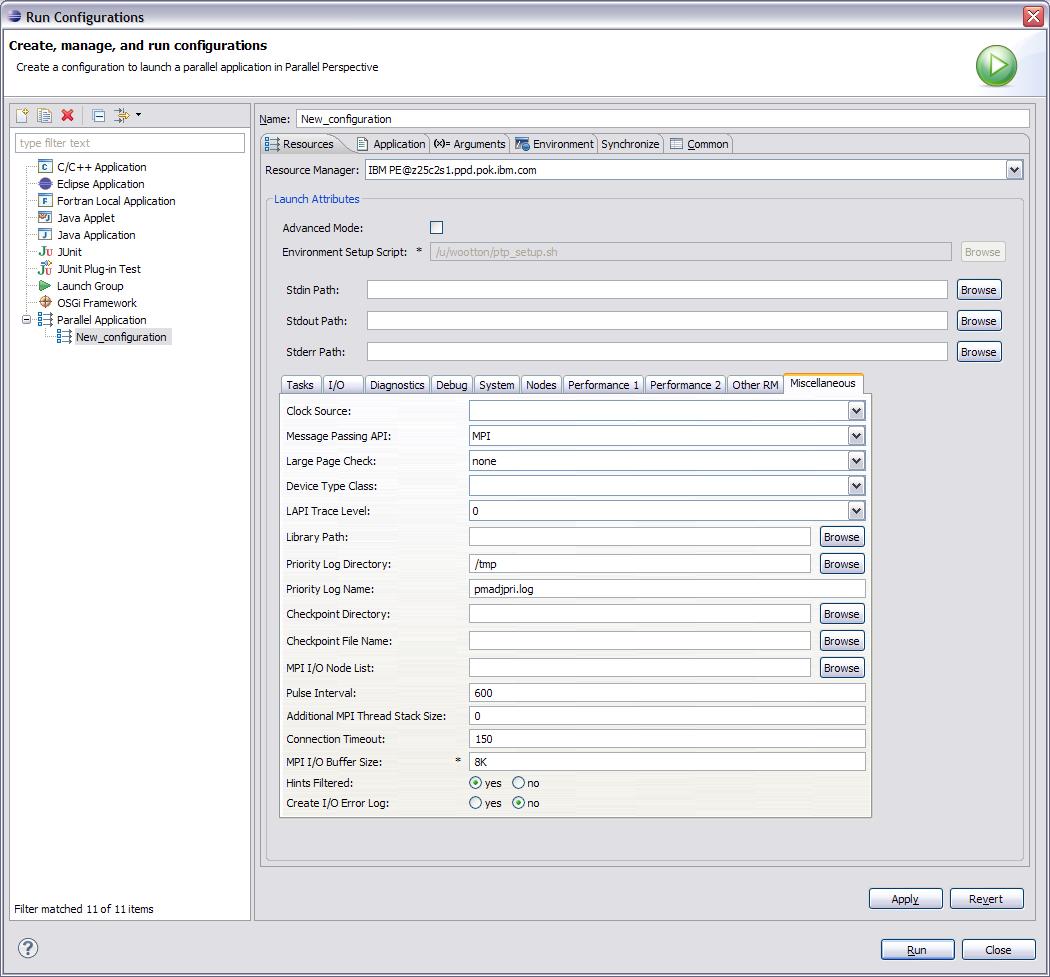