Binding aspect bundles to base bundles

The central concept of OT/Equinox is a new relationship between bundles called aspect binding. This relationship is declared in an aspect's plugin.xml as an extension to the extension point org.eclipse.objectteams.otequinox.aspectBindings.

An aspectBinding declares a relationship between a basePlugin and one or more team classes:

See the extension point description for the official documentation.

While normally aspect bindings require no further confirmation they are also subject to the protocol of Aspect Binding Negotiation.

Visualization in the OTDT during development 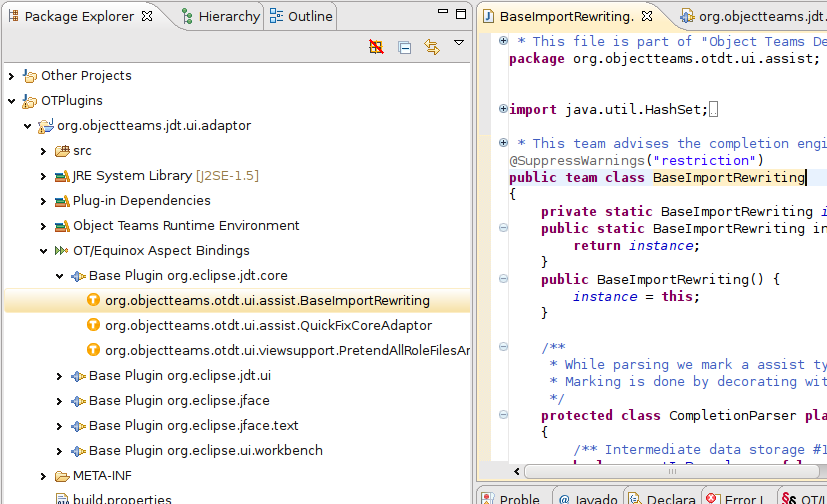 Visualization in the running IDE

Any instance of Eclipse that contains OT/Equinox plugins shows their aspect bindings in the About dialogs:

(This dialog is implemented by the plug-in org.eclipse.ui.workbench. The version column shows that this plug-in has been adapted by org.objectteams.otequinox.branding, which itself implements the adaptation to this very dialog).