This wiki is aiming to discuss how to support users to develop OSGI based service component in STP.

As more and more Middleware servers becomes OSGI based. We need to support users to create service component in the format of OSGI bundle following the Service Oriented Approach.

We plan to use Apache ServiceMix 4.0 as a reference SOA runtime here, which is based on Apache Felix OSGI implementation.

Felix integration with eclipse from felix site, is a solution to integrate Felix with Eclipse IDE by

How to create a Spring OSGI bundle proejct in Eclipse

Requirements for OSGI tooling from Service Creation point for view

How to create a OSGI service component

Setup an extension point for users to assign osgi runtime to a osgi bundle project.

In the current Eclipse env, users can create Elipse plugin or osgi bundle project from one PDE project wizard. IMHO, it will be better if we provide dedicated project wizard, such as project wizard to create "ServiceMix OSGI bundle".

We will reuse the Manifest editor from PDE here with some customization. 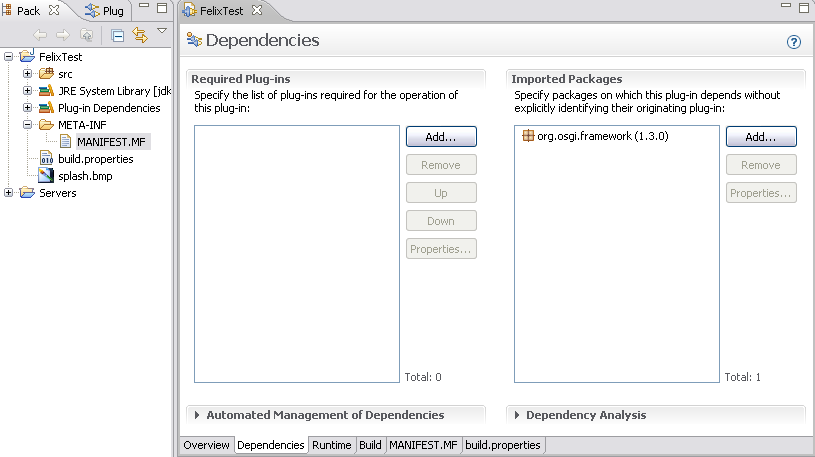 When users click the 'Add...' button, the default behavior for PDE will list all plugins under eclipse/plugins dir.

We need to change to show all the bundles installed in the selected OSGI runtime.

How to deploy OSGI component to runtime

There maybe two ways for the deployment:

I prefer the WTP based solution. since it can be better integrated with SOAS in stp.

Windows->Preference->Plugin Development->OSGI Framworks will list all supported runtime. You can see the Apache Felix OSGI implementation we just added 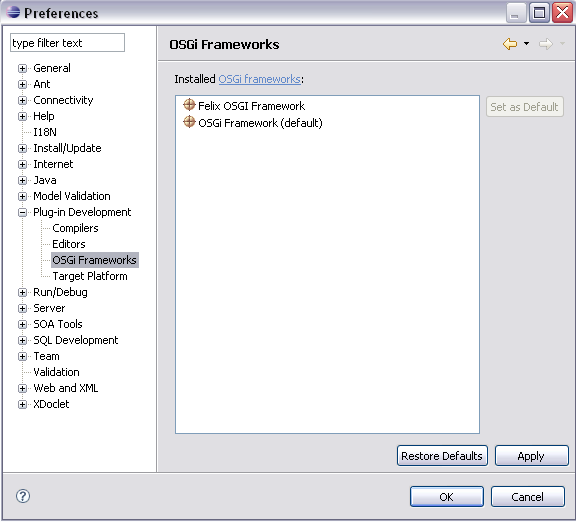 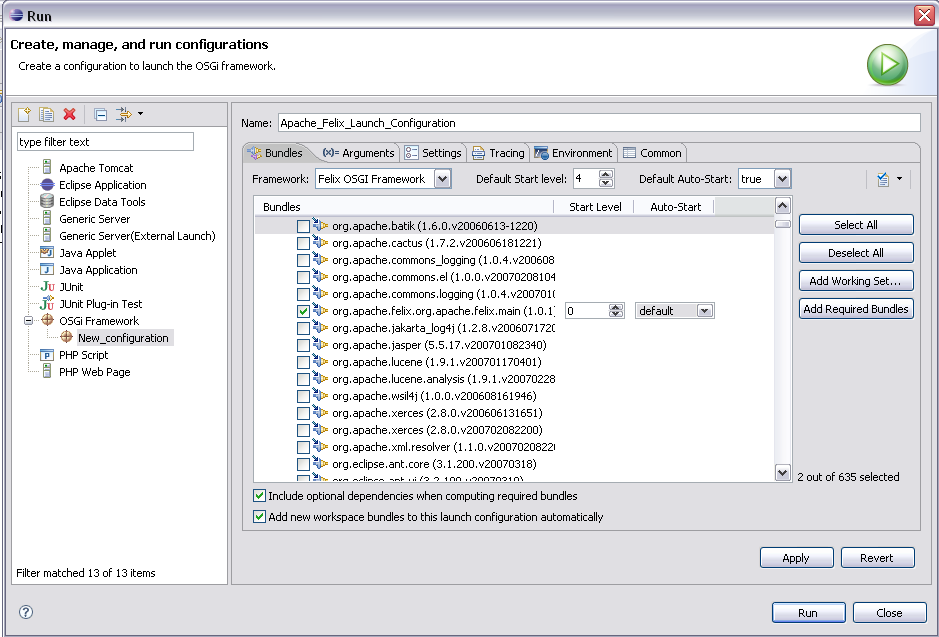 How to test and debug

Users can follow steps below to debug the osgi component: 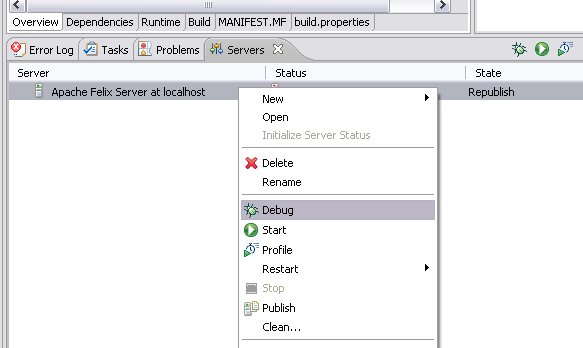 Since we are starting ServiceMix using WTP server framework. The OSGI console should show in Eclipse console view. Then users can send commands, such as ss, start, stop, shutdown...etc.

Below is the console view for Eclipse Equinox, Apache Felix console should show in the similar way. 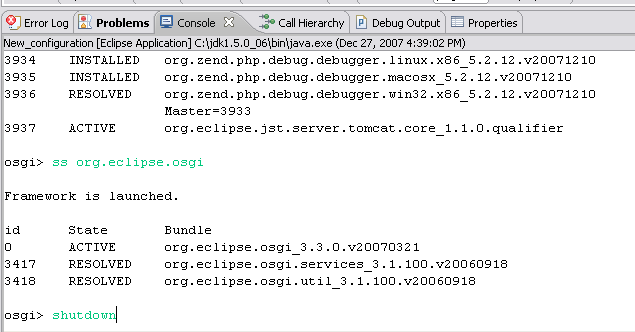 The ServiceMix runtime is based on the Spring framework. We should looking into how to help users to create spring configuration --- a Spring metadata editor. (reuse editor from SpringIDE?)

In the end, let's summarize the tasks suggested by this wiki: (Since the ServiceMix 4.0 is not released yet. we can build the OSGI tooling base on the Spring runtime for now. It shouldn't take much effort to support ServiceMix runtime later on.)