This is basic content only. Please convert to the Template file for adding to the UI Best Practices and fill in more complete information.

Establish guidelines for use of hyperlinks.

Use command buttons for:

Do not use command buttons for:

Do not use links for:

Additional considerations that influence the choice of a command button or link:

Mention how/when to use Command Links in preference/property pages.

That's where they're used the most right now.

Here's one from WTP: 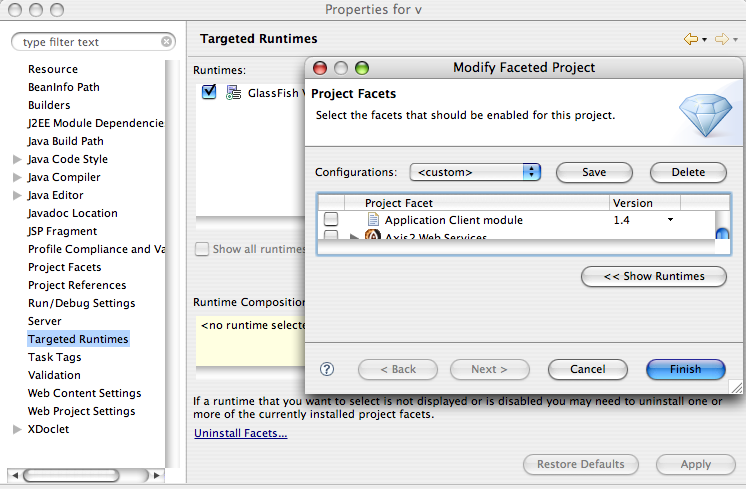 Open project properties of a EJB project for example, open Targeted Runtimes ... click on "Uninstall Facets..." the shown dialog will be opened.

You can open the same if you go to "Project Facets" and click on the regular button "Modify..."