Papyrus provides an extra plugin named org.eclipse.papyrus.java.reverse which can reverse-engineer a Papyrus model from Java source code. It is divided in 3 projects:

The ui project provides the Eclipse user interface for the entire plugin. It is divided into two parts:

A drag & drop way to reverse is implemented. It is decomposed into:

The following is a class diagram of this plugin. While it doesn't show every class of the project, it offers a good overview of the main classes. 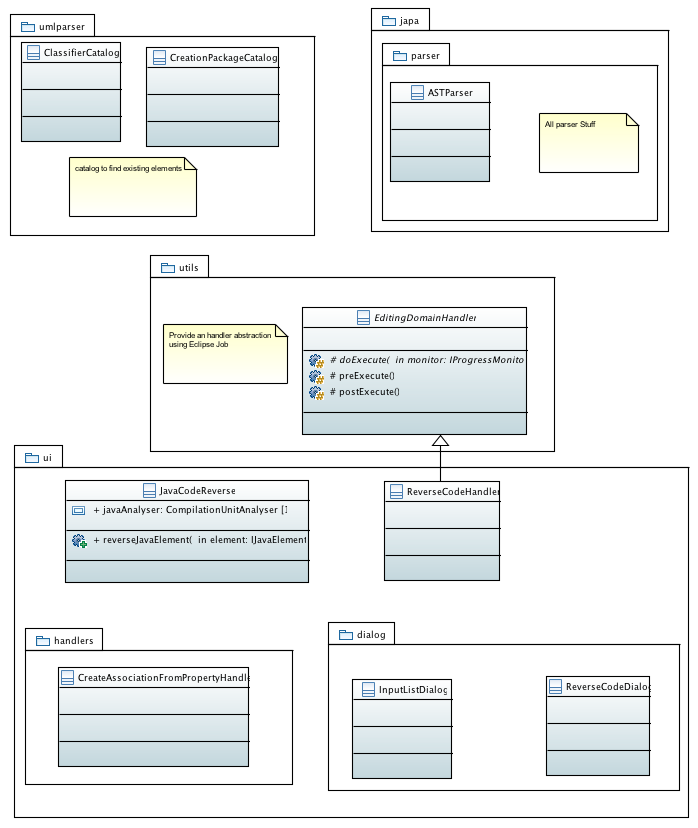