This page serves as a starting point for discussion of the new prototype Editor for generating 2D meshes for Nek5000. A new Editor in ICE will be created, and it will use jMonkeyEngine 3 to create 2D meshes. The code for this prototype is being maintained on the repository at code/branches/jME3MeshEditor/. 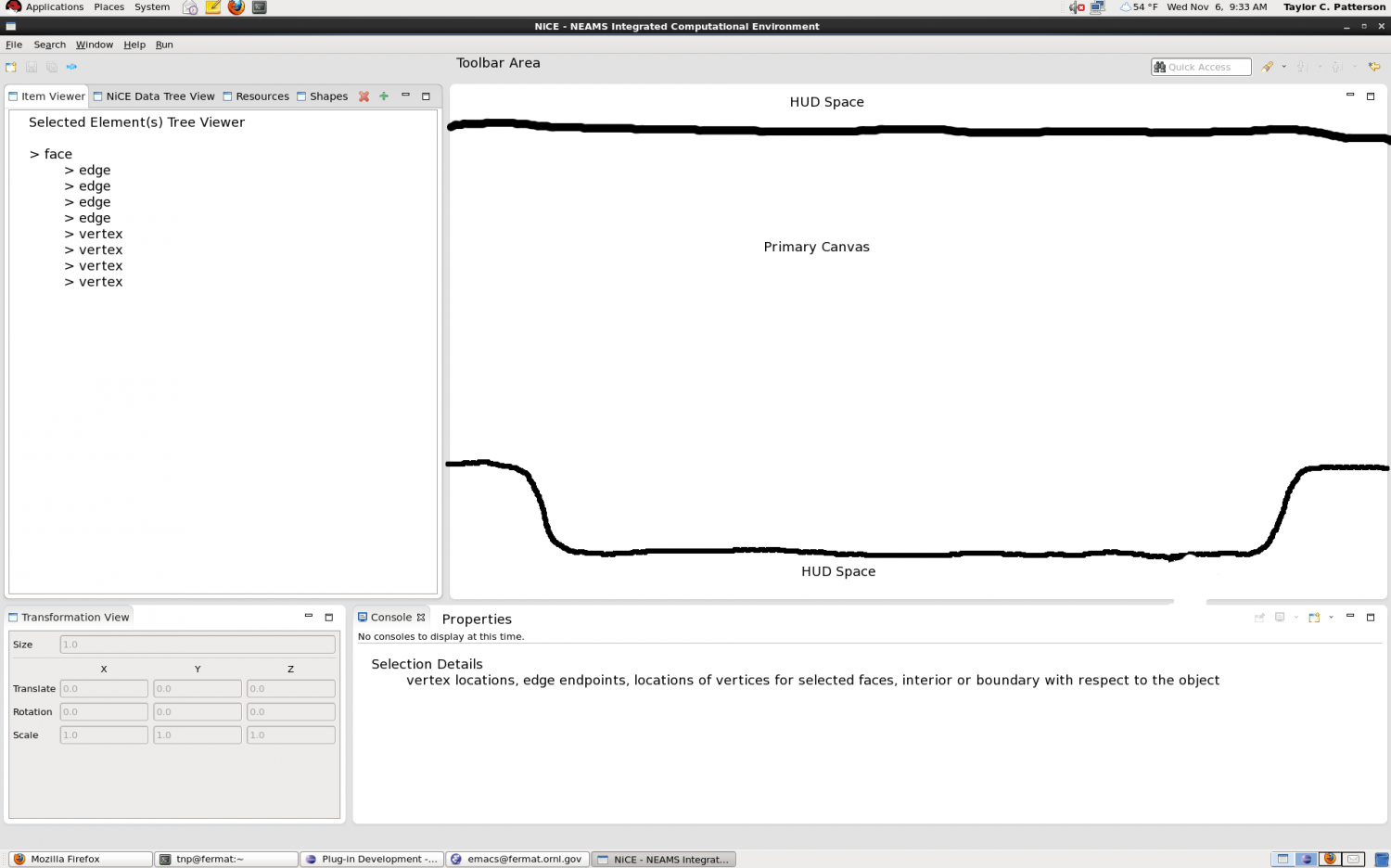 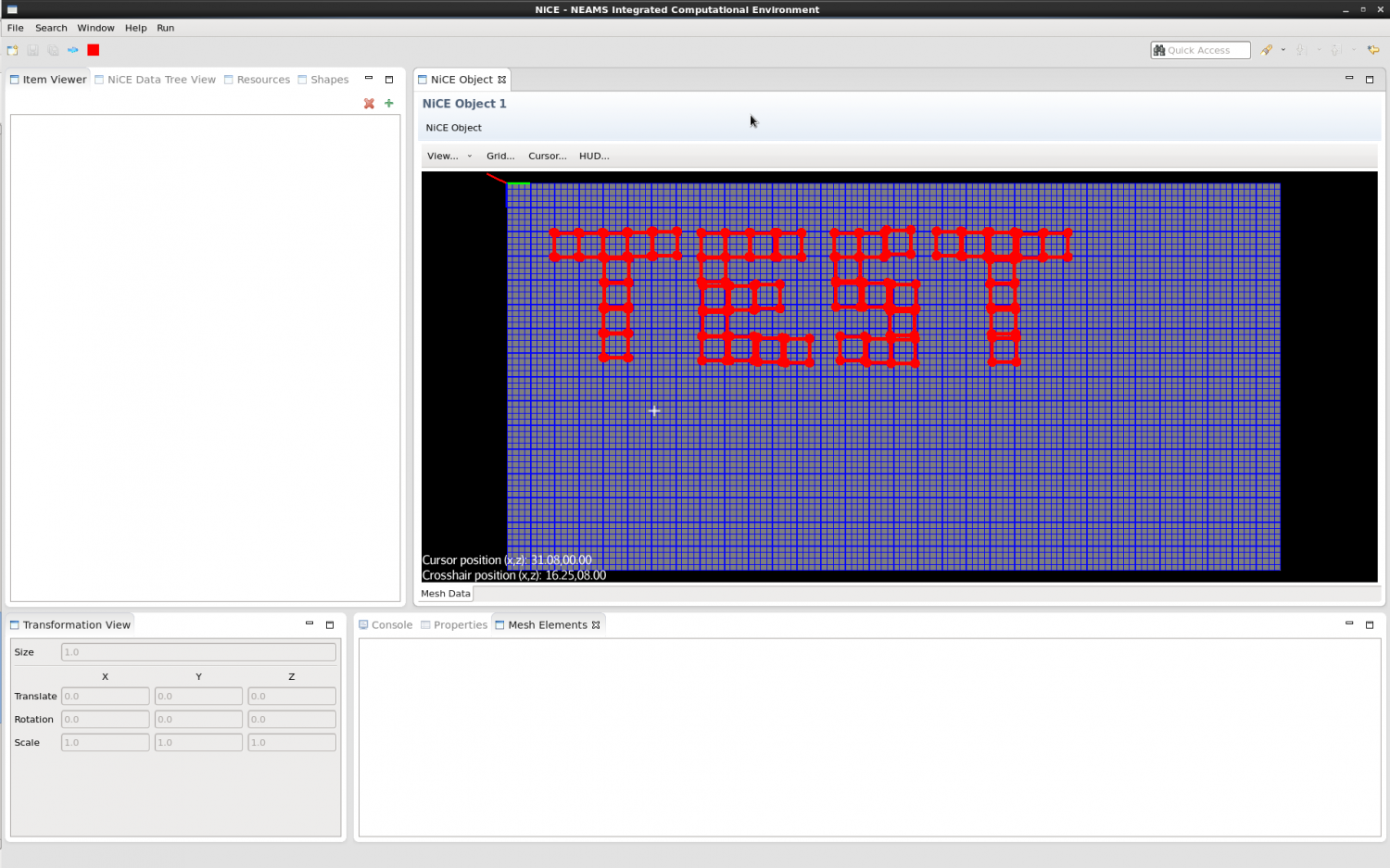 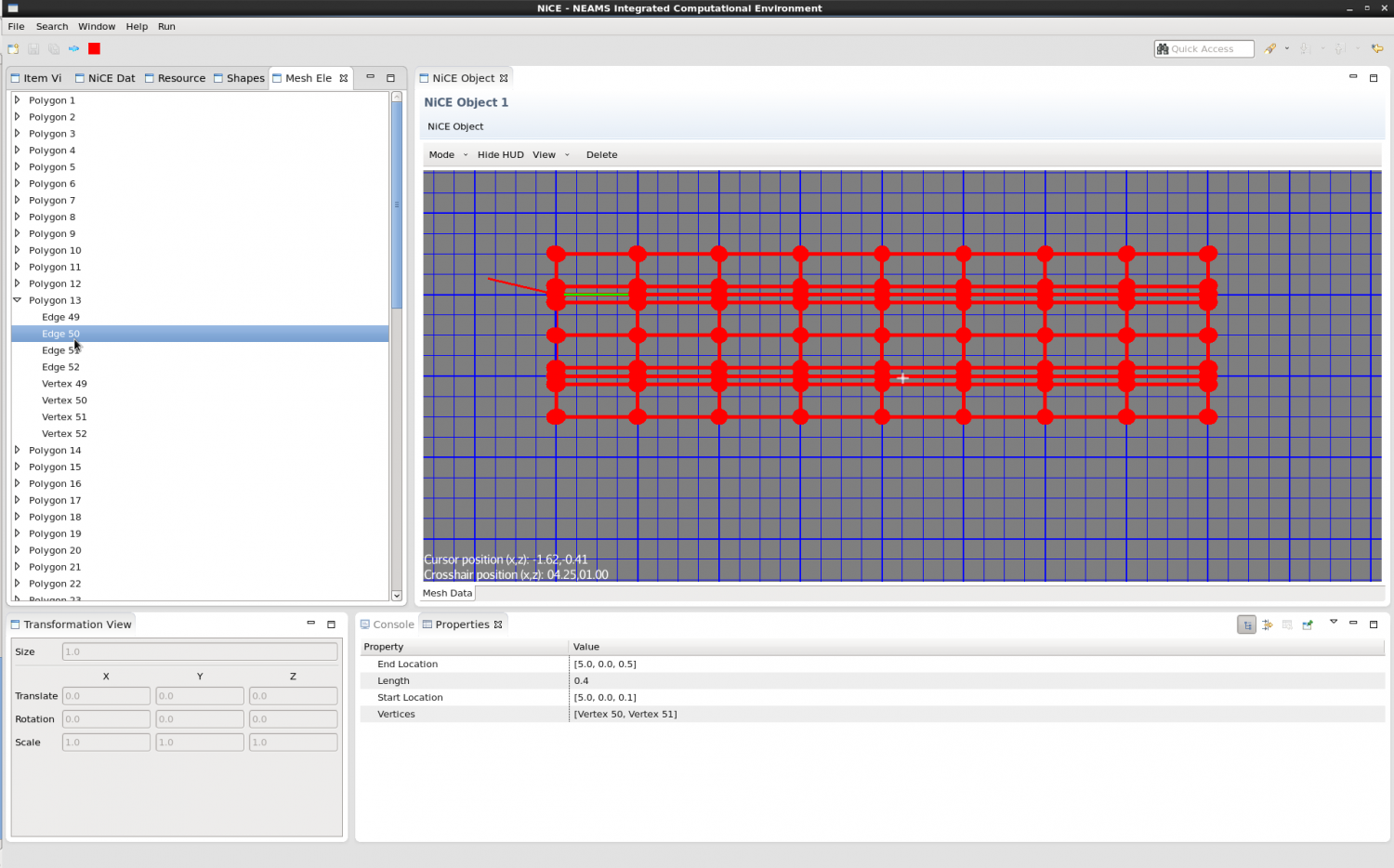 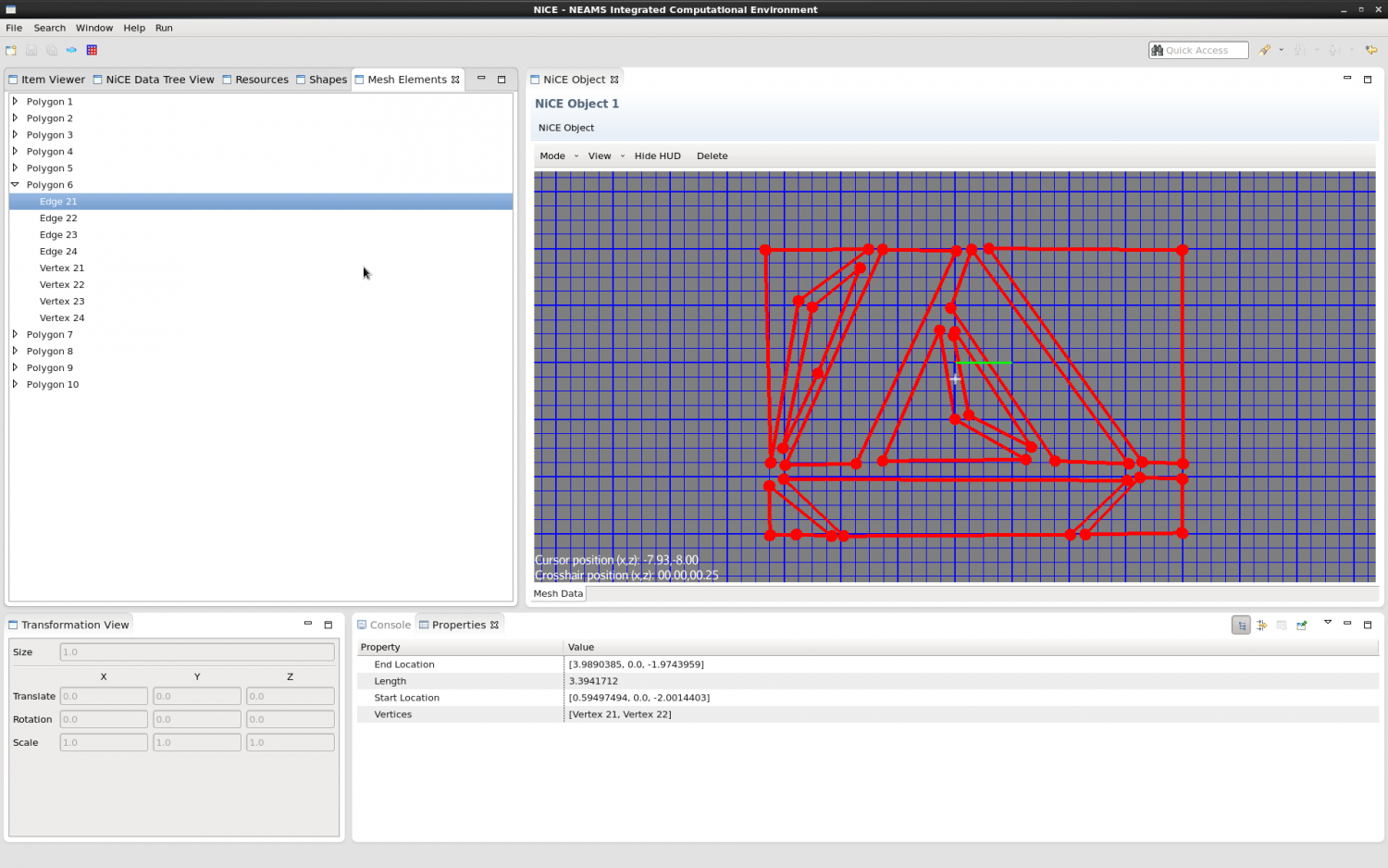 This region will be devoted to the jME3 mesh editor area. It will feature a background grid over which objects will be drawn.

An area to display data about currently selected geometry components.

A playground for the prototype is available in the repository under code/seeds/gov.ornl.nice.jme3.terrainTest.

Below are the primary components the user sees and/or interacts with in the jME display.

Elements will probably require some creative use of the node/geometry methodology used in jME.

The HUD may display some of the features below at a given time:

This section is for unanswered questions that need to be addressed in the prototype.

We can also create our own custom meshes on the fly. See the custom mesh tutorial. We have an example of a mesh (see below) that looks like a square with a triangle jutting off, and you can cast a Ray at it to test for hits on the custom mesh. In the picture below, the mesh was clicked once on the triangle that juts out--resulting in the "Hit TestMesh" printout--, and once just outside the triangle--resulting in the "No element hits" output. 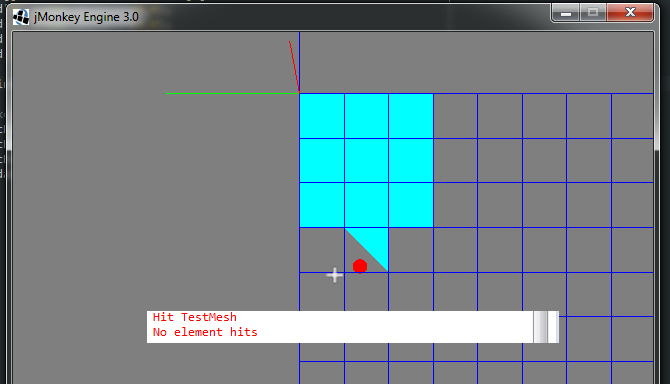 We may want to generate custom meshes on the fly for, say, D-shaped elements, or elements with an S shape between two vertices. For instance, if we have a grid of oddly-shaped quads but know their bounding boxes, we could initially filter the hit quads based on their bounding boxes. To determine if the click hits a particular shape, collide a Ray with the remaining mesh(es) to see which ones are hit.