Changes to Tigerstripe in Iteration 47: 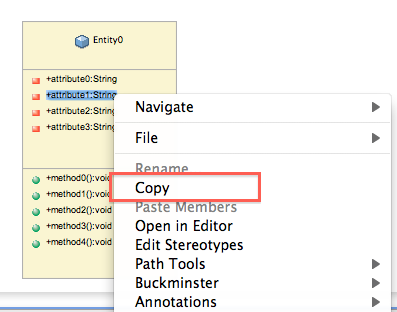 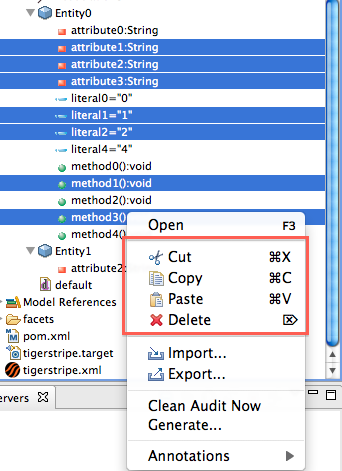 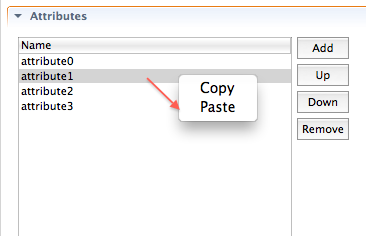 Confirming removal of items on form editors (Bugzilla 320106)
When users attempt to remove any items from artifact editors, they're presented with a confirmation of whether or not they'd like to remove the item. Some users found this annoying and redundant, since the artifact is not modified until it's saved. The above enhancement introduces a 'Do not remind me again' option which allows users to turn off this dialog:

Users can enable/disable this dialog from Tigerstripe's preference page: 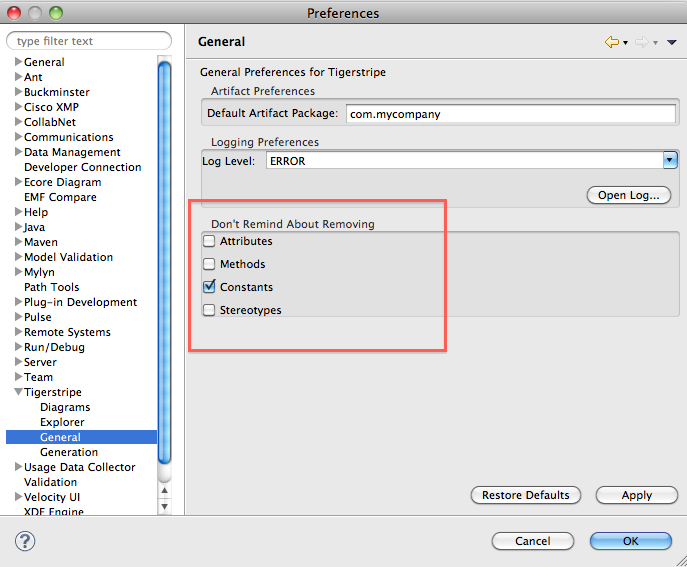 Rework the Explorer to remove Java PackageExplorer reliance (Bugzilla 309783)
This enhancement was resolved a while ago with the initiative to base Tigerstripe Explorer on the Common Navigation Framework (CNF).

Disalbe action bar from Diagrams (Bugzilla 222500)
This is an old enhancement that has already been resolved.

Allow for description or contextual help annotations (Bugzilla 306093)
This enhancement was resolved a while ago, but the corresponding bugzilla entry was never updated. Annotation descriptions are displayed in the annotation wizard dialog as displayed below: 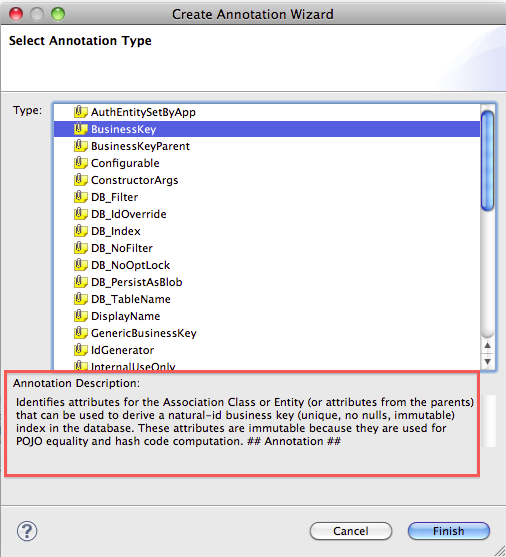 Modellers also have the option of specifying a description for their annotation parameters. 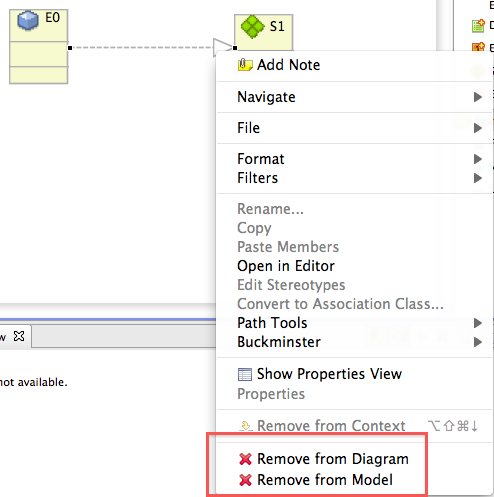 Dependency Diagrams should use correct notation (Bugzilla 339049)
This was a request by one of our users to use UML dependency arrows in Tigerstripe's dependency diagram page. 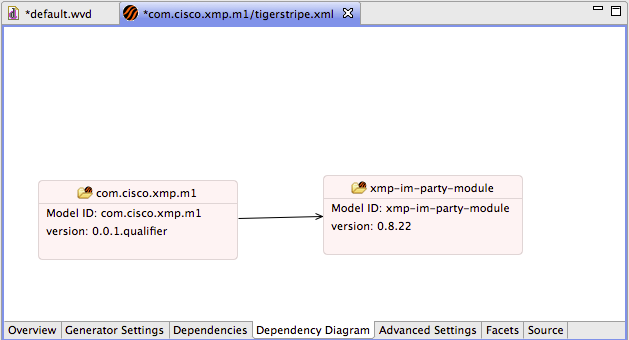 New generator projects have unnecessary properties (Bugzilla 259623)
This was an old defect that had been resolved a while ago, but the corresponding bugzilla was never closed.