GeneAuto UI is a set of tools and software components aiming at easing the GeneAuto integration within the Polarsys platform.
The development phase started in april 2012 during the ITEA project "OPEES".

The project GeneAuto UI was born in 2012. It has not been released yet.

GeneAuto UI is an Eclipse RCP project written in Java and available under the Eclipse Public Licence (EPL). The source code of GeneAuto UI will be available soon on the project's GIT repository.

First stable release: GeneAuto UI 1.0.0 should be available by the end of August 2012.

GeneAuto UI is written in Java and is deployed as a set of plugins on the Eclipse IDE. It is compatible with java 6+ on the following platforms:

GeneAuto UI aims at providing a set of features to allow the user to generate certifiable C code from their UML models, using geneauto and geneauto.eclipse.ui. 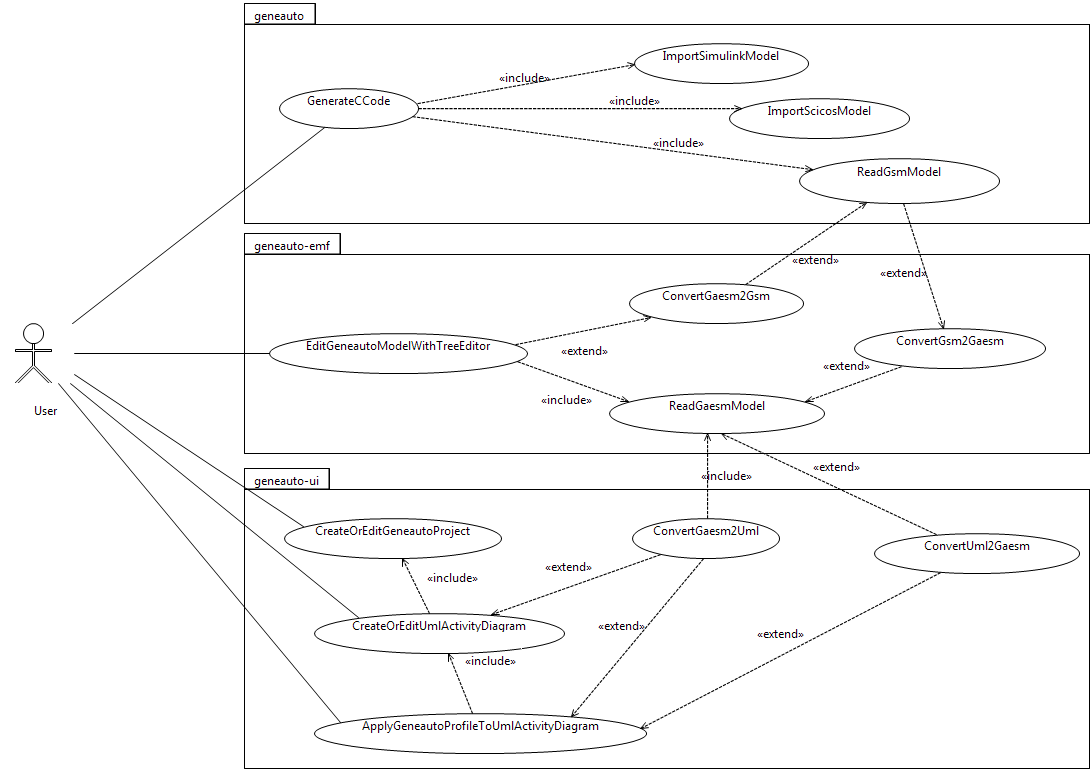 A geneauto project is a set of UML files and diagrams, geneauto files, and simulink or scicos files.

GeneAuto UI will rely on the Papyrus UML editor and its capacity to apply profiles to a UML model. Geneauto UI contains a profile with a set of stereotypes allowing to apply a "BlockType" profile on each activity or opaque action contained in an Activity Diagram in order to gather all the data required for transforming it into a geneauto model. Once this profile applied to the UML model :

Converting an Activity Diagram to a Geneauto model

Converting a Geneauto model to an Activity Diagram

In a second time, the transformation Geneauto model => Activity diagram (.uml + .uml.di) will be considered.

As shown previously, geneauto UI is a frontend to the geneauto toolset.
Integrating geneauto in polarsys would allow to keep better synchronization and compatibility between what is done by the geneauto community, and the work which is realized by the polarsys community.