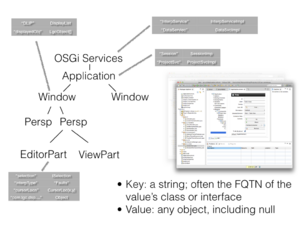 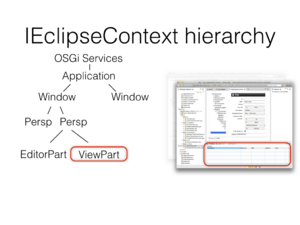 Current really depends on the requesting context. An MPart or IViewPart rarely wants the active part, which may not be itself, but a particular part, such as the active editor.

ACTIVE_PART, on the other hand, looks for the active leaf as constrained by the source context's window's context.

ACTIVE_SHELL is (needs some work)

The moral: the implementation of active X is not necessarily as straightforward as might appear.