EGit now supports Pull for branches which are configured to track remote branches. When local branches are created based on a remote tracking branch EGit will automatically establish a tracking relationship. 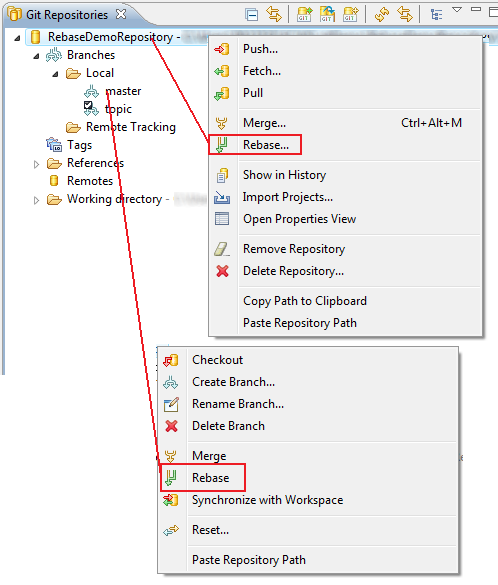 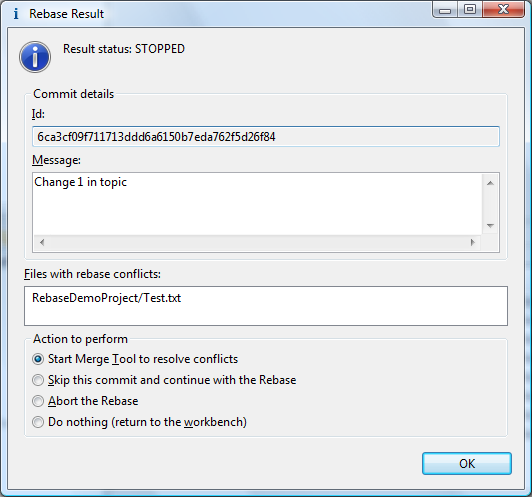 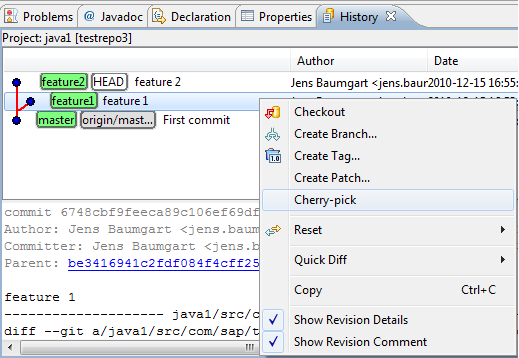 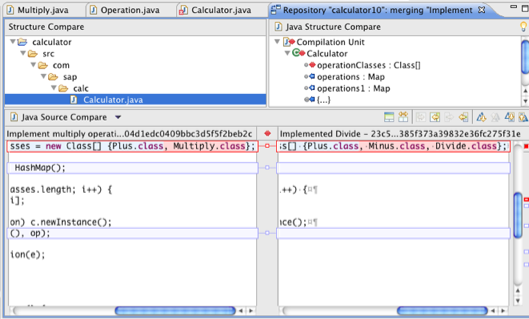 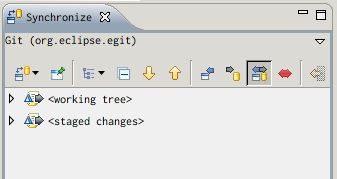 Those two nodes will only appear when "Include local uncommited changes in comparison" option was selected in synchronization dialog and when there are any staged or locally made changes.

The repositories view now supports drag and drop. You can drag a folder or a list of folders from the file system into the Repositories View. If the folders are a valid Git repository or a direct parent of a .git folder, they will be added as a repository to the view. 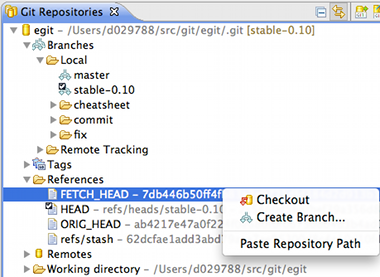 The History View coding has been cleaned up, this yields some performance improvements.
Also some menu actions have been added on the commit list's context menu. 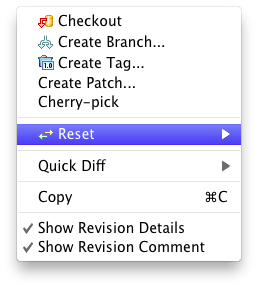 The EGit commit dialog can now auto-wrap the commit message.

In the org.eclipse.egit.fetchfactory plug-in TODO

This page was last modified 04:43, 16 December 2010 by Matthias Sohn. Based on work by Dariusz Luksza and Chris Aniszczyk.