In order to improve EEF users experience for EMF models editing, new widgets have been added in the framework's runtime. These widgets are: 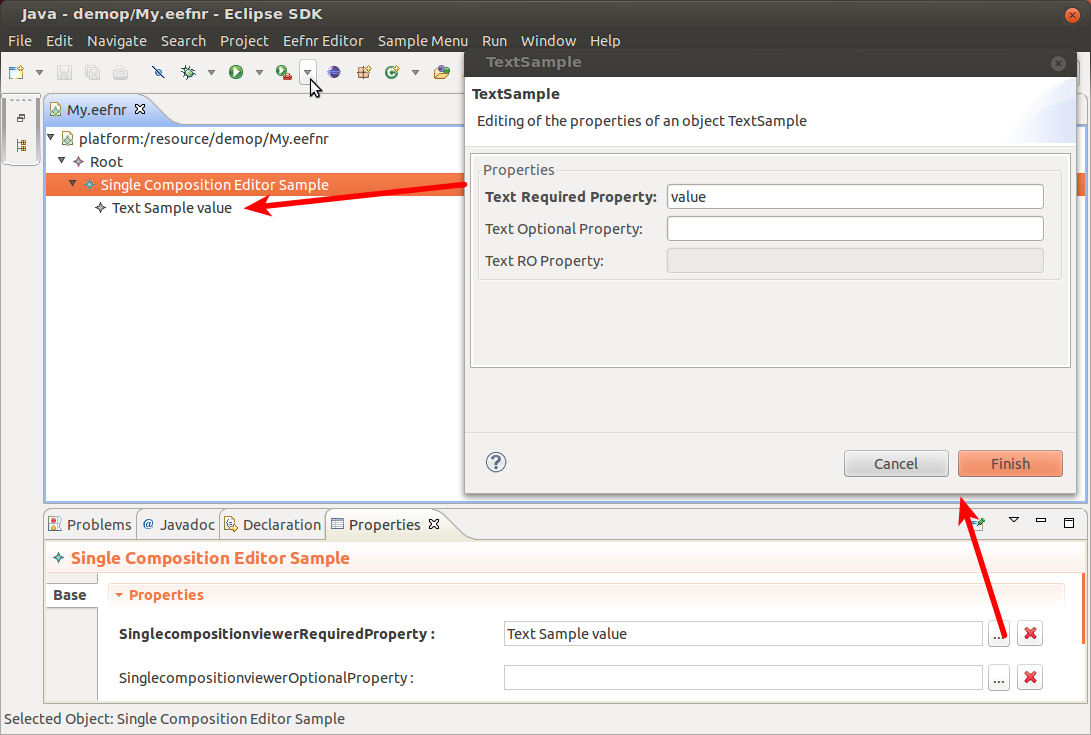 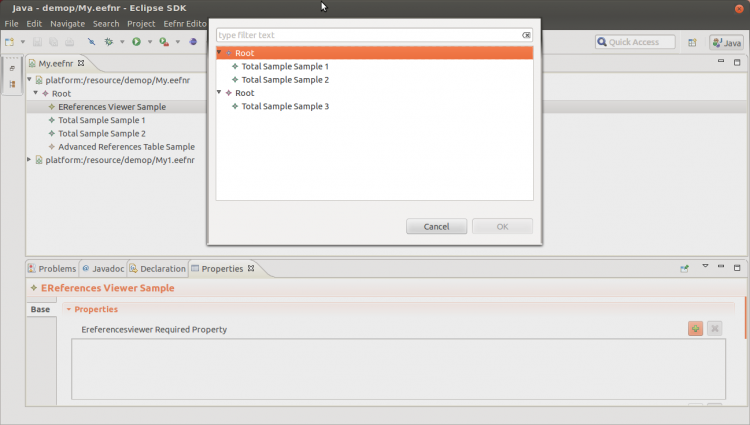 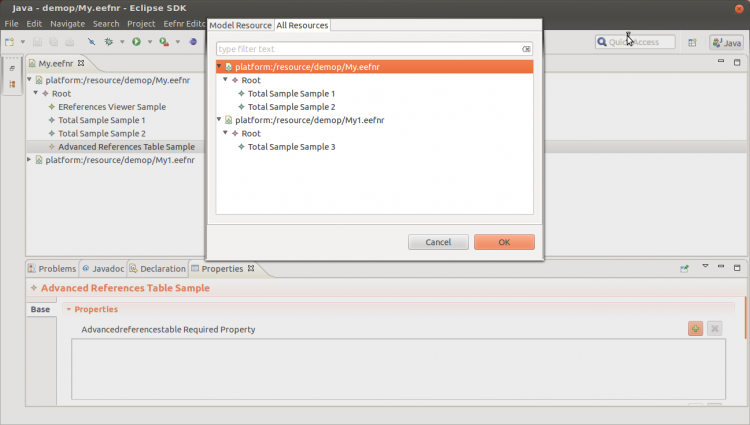 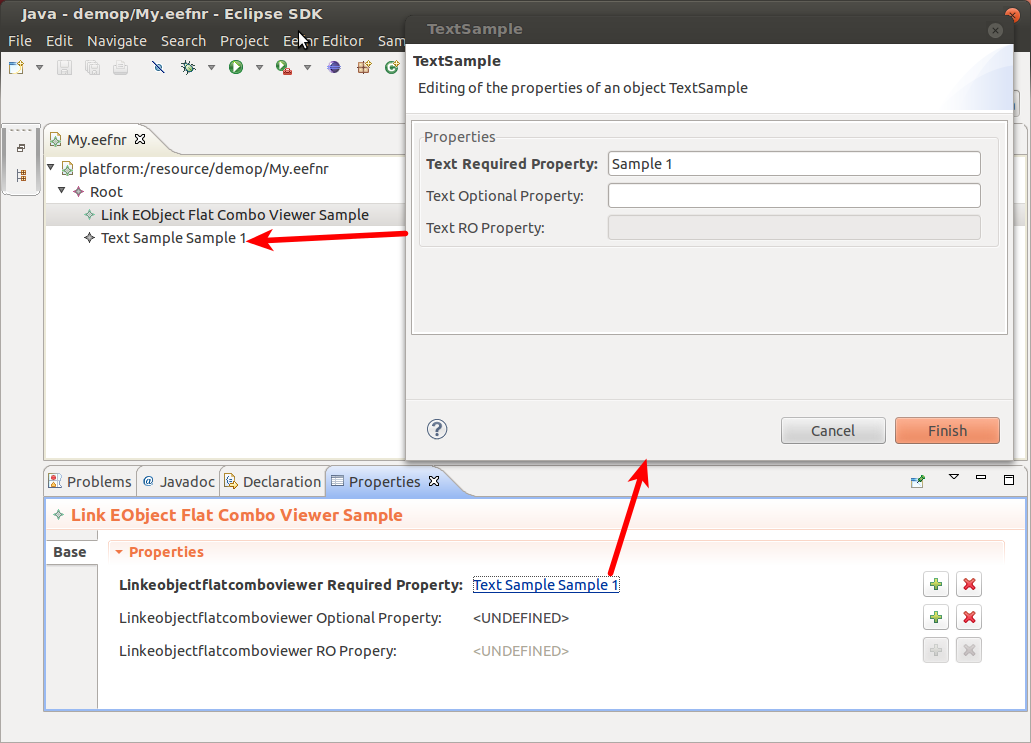 As for any other releases, a set bug have been fixed in the framework.

No specific issues have to be noticed for this release.

Project is built from the Eclipse hudson instance through Tycho. A nightly is built once a day if the SCM polling sees a change from the last build.

207 functional tests are launched on the framework at each continuous integration. 66 are failing but this is due to issues on the testing framework. This state will be corrected in the next releases.

All of the documentation for EEF is available from the wiki. It will be completed and extended with tutorial as this version matures.

86 bugs are open on the EEF bugzilla:

EEF is usable for any EMF based models, including standards implemented with EMF (UML, BPMN, ...)