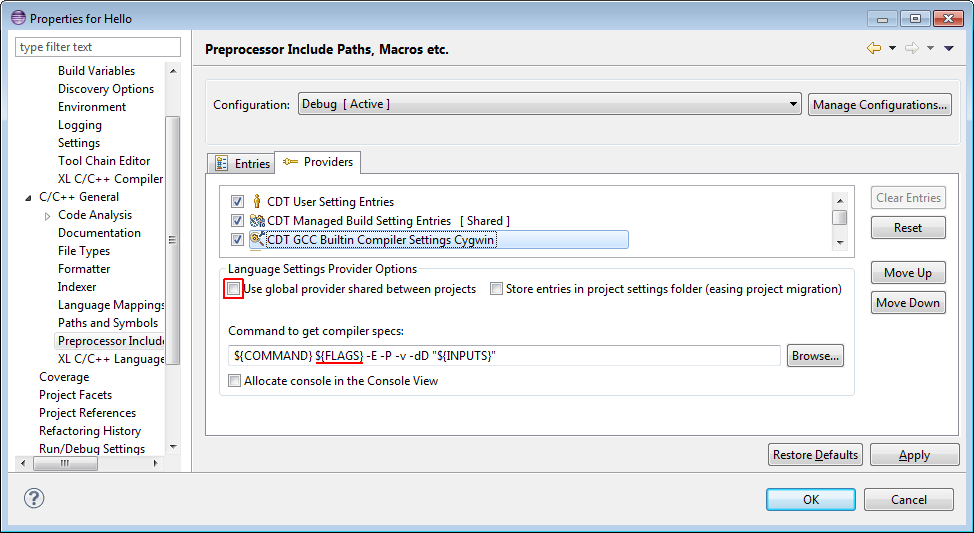 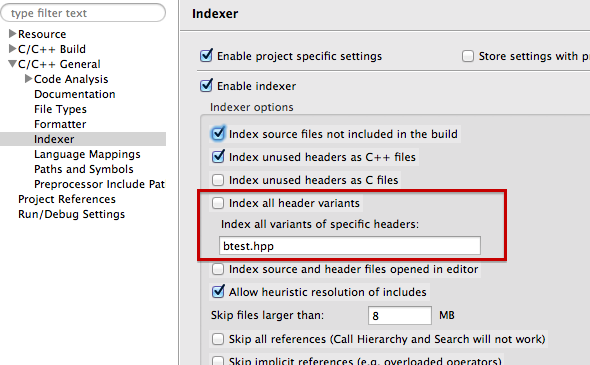 Threads displayed by creation order in the Debug view

For a multi-threaded program, the different threads are now shown in the order they were created during execution. Not only is that order more intuitive, it allows for the selection in the Debug view to be more stable. This enhancement was completed through Bug 412547.

The Memory view and Memory Browser view now support multi-process debugging. Beyond properly refreshing their content based on the currently selected process, the user can now define different memory addresses to look at for each process being debugged. This work was a contribution from Alvaro Sanchez-Leon through Bug 250323.

The Registers view now supports debugging processes with a different set of registers. For example, the registers of the selected process will properly be displayed when debugging both a 32-bit process and a 64-bit process. This work was a contribution from Alvaro Sanchez-Leon through Bug 418176.

The Registers view will now update each time a different stack-frame is selected. The view will show the content of the registers as they were for the selected frame, when the method call was done which caused the creation of the next stack-frame. This work was a contribution from Alvaro Sanchez-Leon through Bug 323552.

The Multicore Visualizer now displays properly in all-stop mode, with all its features available when the program is suspended, while still updating thread creation/termination when the program is running. This enhancement was completed through Bug 409965

It is now possible to use eclipse variables within the specified path of the GDB command file. This allows to have project-specific GDB command files. For example ${project_loc}/project.gdbinit. This feature was completed through Bug 413373 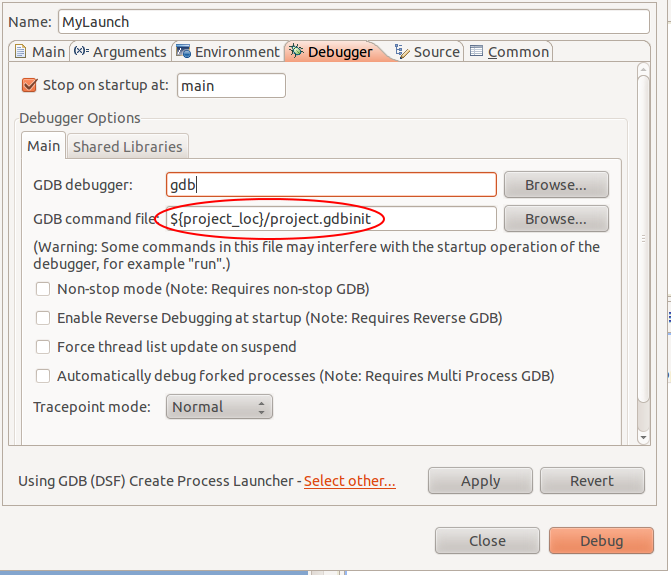 Project-less debugging is now supported on the Windows platform

Project-less debugging now works as expected on Windows. This enhancement was completed through Bug 344470

When doing remote debugging, if the connection to the target is lost, the debug session will be cleanly terminated. Previously, some situations could lead to a debug session that lost its connection but remained active using the host machine instead; these cases have been fixed. This enhancement was completed through Bug 422586

Work continues on CDT's support for Qt. For CDT 8.3, this includes the following. Note that we still consider this a preview release until CDT 8.4 where we'll clean up usability issues around setting up CDT to work with Qt and hopefully some better qmake and QML support.

We have revamped the new project wizard for Qt. It's available under Makefile projects as Qt5 Hello World project. It uses a top level Makefile to drive the calls to qmake and make on the qmake generated QtMakefile. The project doesn't do a shadow build but an in project build to keep things simple for now.

The CDT indexer now captures several Qt "extensions" to C++. This include slots and signals as well as properties and related functions. This enables searching for references to slots and signals in connect calls.

In connect calls, content assist is provided to show valid slot and signal functions for the objects you are connecting. Content assist templates are also provided for QObject class declarations and Q_PROPERTY declarations.

Semantic checkers are provided to ensure that the parameters to the connect call are valid.

This page was last modified 10:22, 8 January 2015 by Marc Khouzam. Based on work by Doug Schaefer, Marc-Andre Laperle and Andrew Gvozdev.