For a visualization and even briefer overview, see the About ICE Data Structures page.

The primary purpose of a Listener is to monitor for the occurrence of certain events, usually something that the user has done with the mouse or keyboard. While there is a Listener interface in Eclipse's SWT library, for ICE we designed our own. 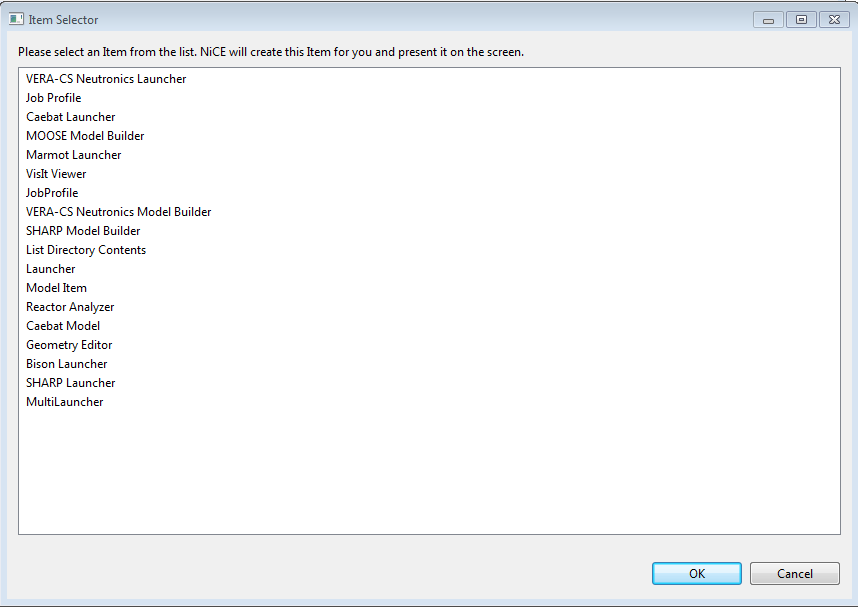 The JobProfile will allow users to programmatically create a custom JobLauncher. A tutorial on how to use it can be found here, but it is only suitable for simple tasks. To add complexity, the user should either find a pre-made ICE Item that will better suit their needs or consider [ICE Build Instructions] and hard-coding a custom plugin.

[1] is an acronym for Consortium for Advanced Simulation of Light Water Reactors. ORNL acts as one of many contributors

This page was last modified 11:32, 25 June 2015 by Robert Smith. Based on work by Andrew Bennett and Paul Roubekas.