Creating distributions of values for an agent.

Let's say you want to create a distribution of happiness across a set of Individuals. If you want to assign a simple random value for happiness you could simply:

But typically you will want to parameterize the value, and you may even want to have the value depend on other agent attributes. You could do all of that manually, but AMF has built in support for creating more elaborate distributions easily. This looks more complicated than it is! 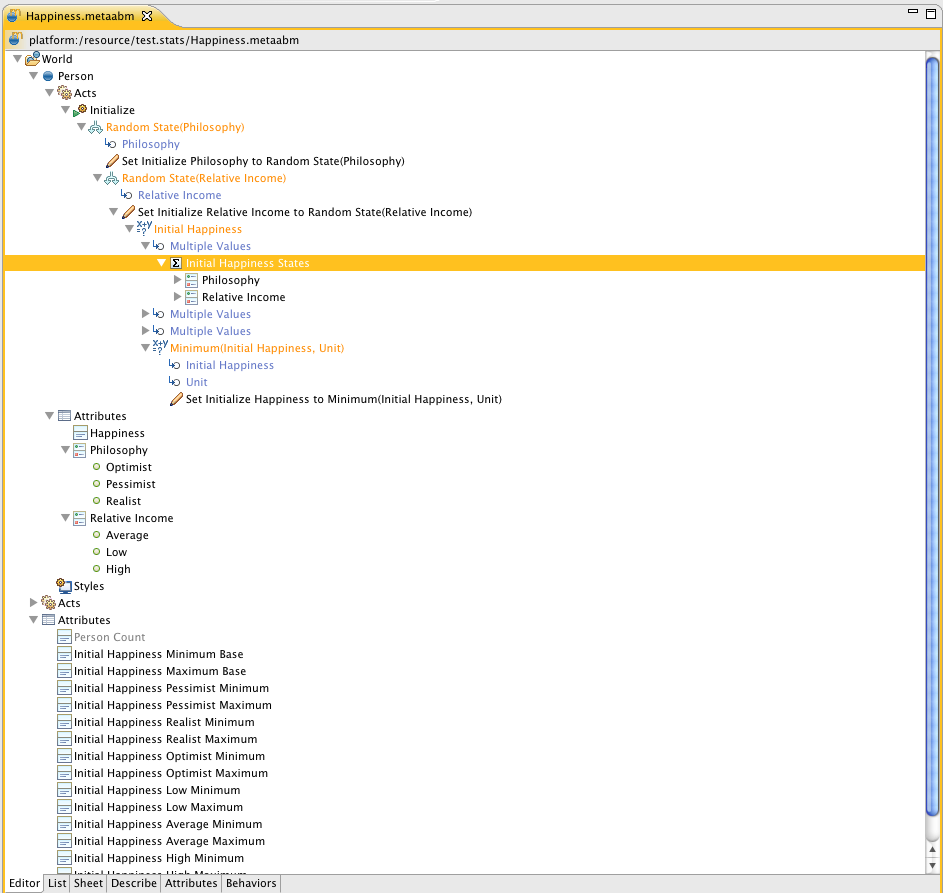 You can download the model here: http://download.eclipse.org/amp/examples/models/Happiness.metaabm. When you run the model, you can see that the agents have been assigned values according to the distributions. 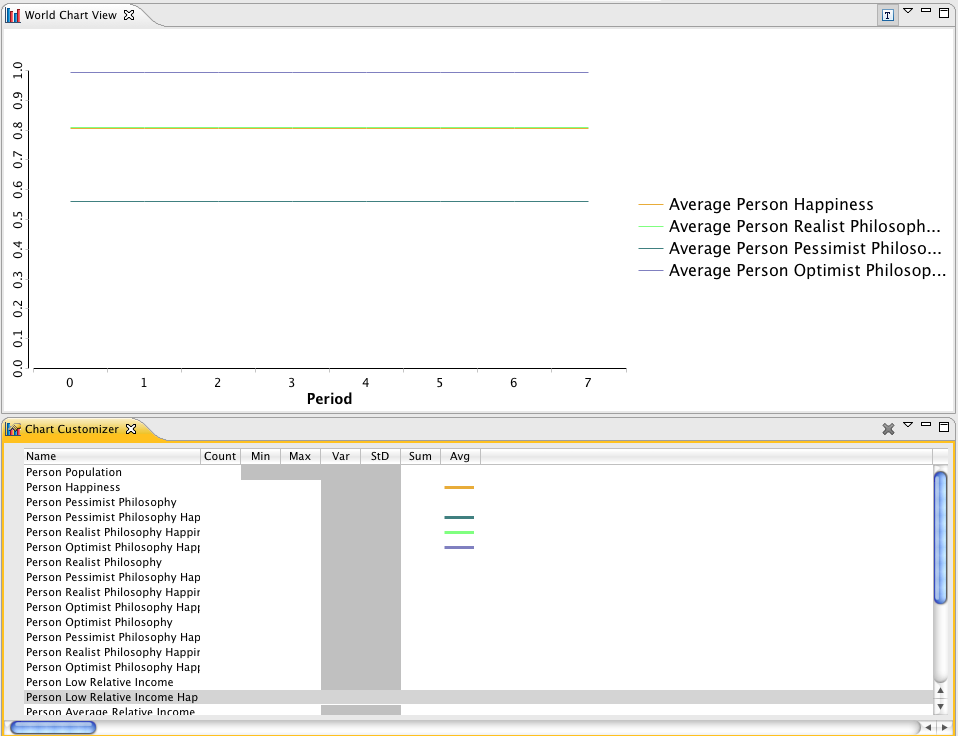