Using Structured Populations in STEM. New as of April 2010

To create a demographic disease model

2. The New Population Initializer will appear, as shown in Figure 1 below will appear

3. Fill in the specified fields to add a sub-population and describe it in detail, specifying the transmission, mortality, and recovery rates for that subpopulation

4. You then can add additional subpopulations, one by one, specifying for each its particular transmission, mortality, and recovery rates

This allows you to model diseases that vary between genders and across age groups. This is of value when studying HIV/AIDS. which differs according to gender, or seasonal influenza, which affects different age groups differently. It even supports modeling of disease across species, for example, making it possible to understand the the relationship of influenza viruses in the migratory bird population to influenza outbreaks among the human population. 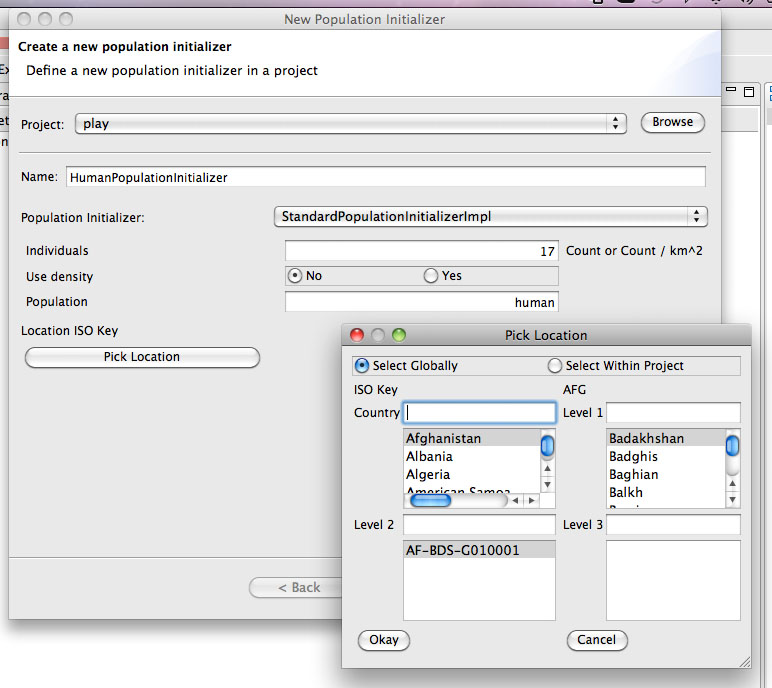