This section presents the general process of the Polarsys release engineering as depicted below. 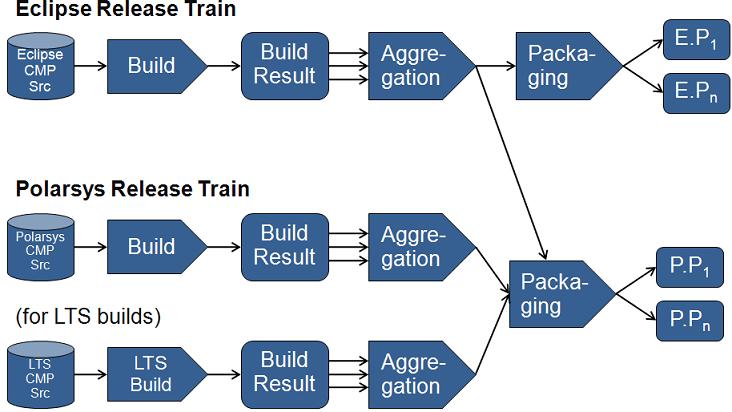 Each Eclipse component has its own countinuous integration lifecycle, is responible for the produced artifacts, and this in compliance with the Eclipse / project policies, and the expected quality level.

The Eclipse release train is based on the build result of each Eclipse component, checks the Eclipse policies and aggregates them in identified packages.

The principle of the Polarsys release train is the same than the Eclipse release train except that it uses Eclipse, Polarsys, and LTS components and applies Polarsys-specific policies and qualification rules.

For the LTS, builds are impacted: it could be a simple or deep difference of build in order to take account component and environment evolution.