Changes to Tigerstripe in Iteration 49:

Multiple XML parsers are used (Bugzilla 228545)
There were two XML parsers being used in Tigerstripe. For the sake of consistency, the code was refactored to use Dom4J.

Display AssociationEnds in Detailed Editor (Bugzilla 283138)
This was an old enhancement that had been resolved before, but the corresponding bugzilla was never closed.

Artifacts' names incoherently cached (Bugzilla 330565)
This defect caused Tigerstripe's caching mechanism to misbehave in certain cases when generation was executed. As a result, stale data was fed into generators, which resulted in invalid output. 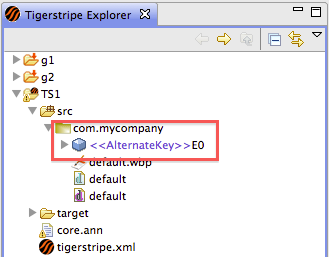 Some exceptions are not reported to the Eclipse Error Log (Bugzilla 337128)
There were certain cases where exceptions were not being logged in Eclipse's Error log view. This limitation arose from the requirement to use Tigerstripe in a headless environment. The code now properly checks to see if the Error Log is available. If so, it logs the messages as expected.

Some TS wizards are repeated twice in context menu (Bugzilla 373446)
This defect fixed the issue where some wizards were repeated twice and facet wizard was not displayed when user right clicked on a regular folder in a TS project. 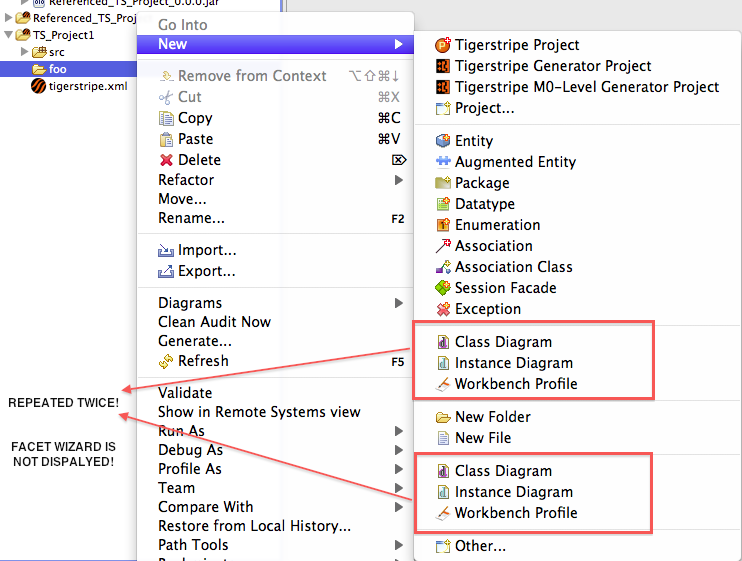 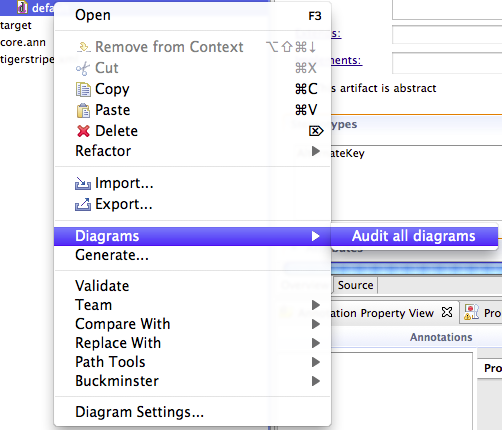 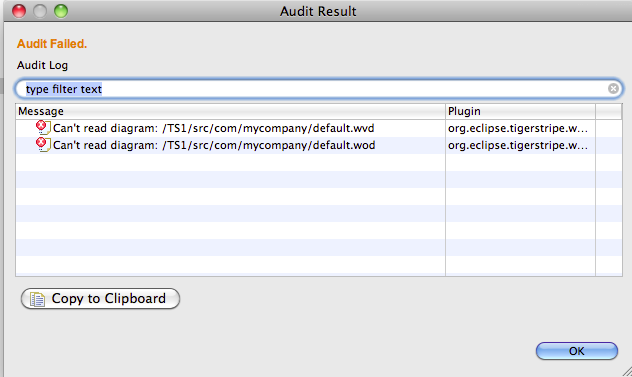 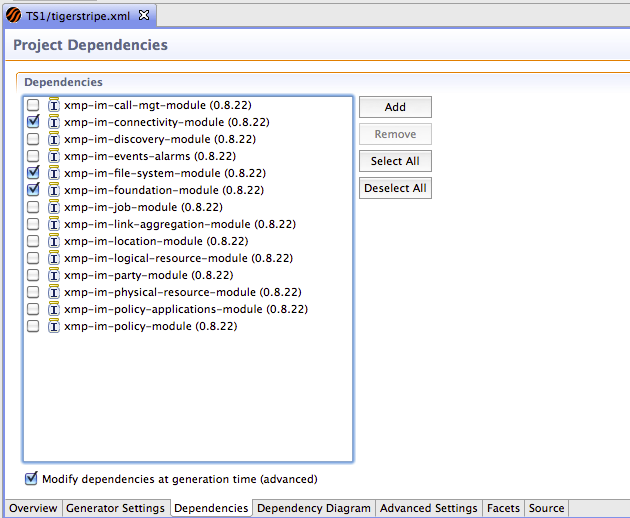 The bug scrubbing session in this iteration resulted in the following changes. Please see each defect for more details:


Defects marked as Invalid:
Bugzilla 230177 - Class diagram: Visualize an association between superclasses
Bugzilla 350009 - WikiText and Annotations item in Associations link in Class Diagram
Bugzilla 240205 - Instance diagram: should not be allowed to instantiate abstract types
Bugzilla 337800 - At the creation new Font Annotation configuration of existing font is changed
Bugzilla 337796 - Two identical annotations "Color" can be added in the Annotations Property View
Bugzilla 238413 - IArgument does not implement IModelComponent