Changes to Tigerstripe in Iteration 48:

Allow filtration when adding related artifacts in a class diagram (Bugzilla 258285)
The standard 'Add Related Artifacts' dialog has been converted to a wizard so users can indicate exactly which artifacts they'd like to add to their diagram. 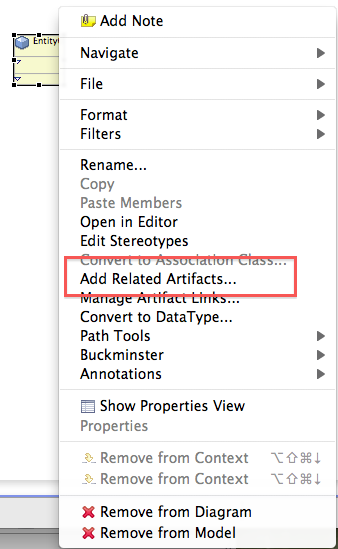 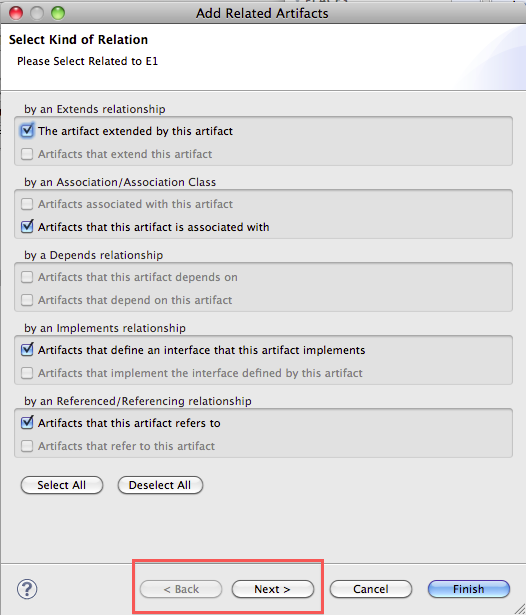 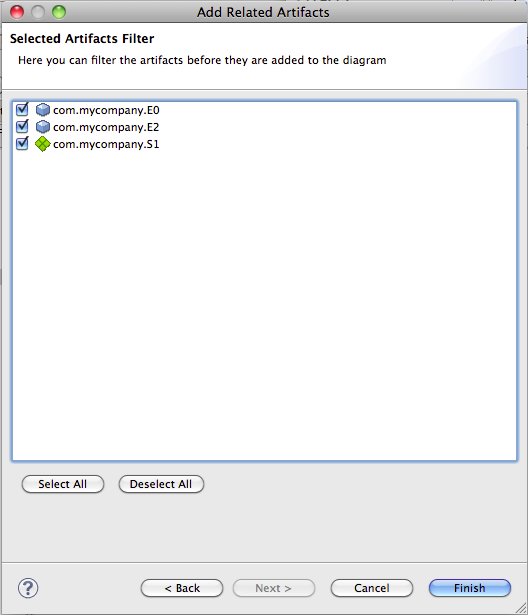 Changes to model within active facet are not taken into account in facet (Bugzillas 223440, 251855)
Updates to an active facet now automatically modify the list of filtered artifacts. 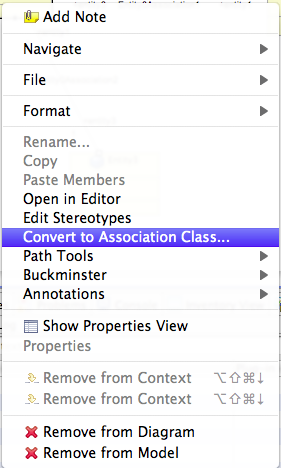 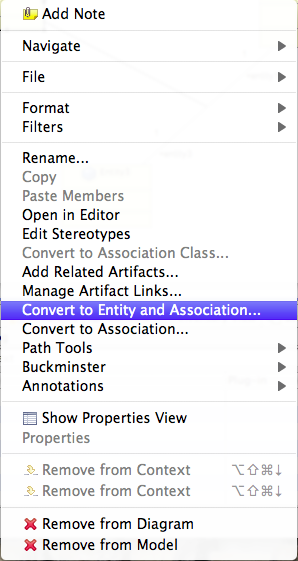 Support facet scoped export to a project (Bugzilla 262652)
This wizard has already been contributed, but the corresponding enhancement was never closed. This export wizard allows users to export the content of one project into another as specified by a facet. 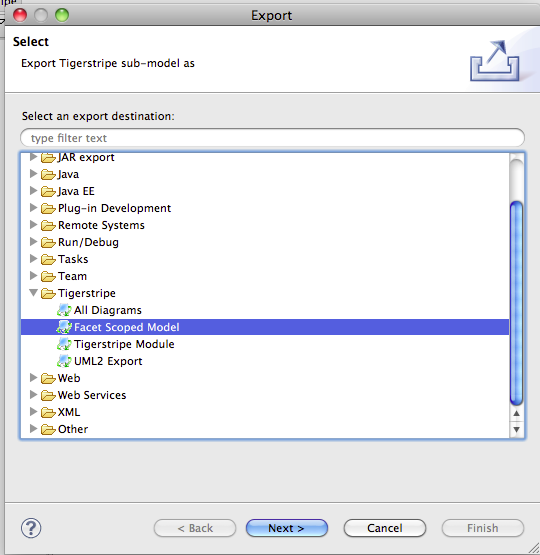 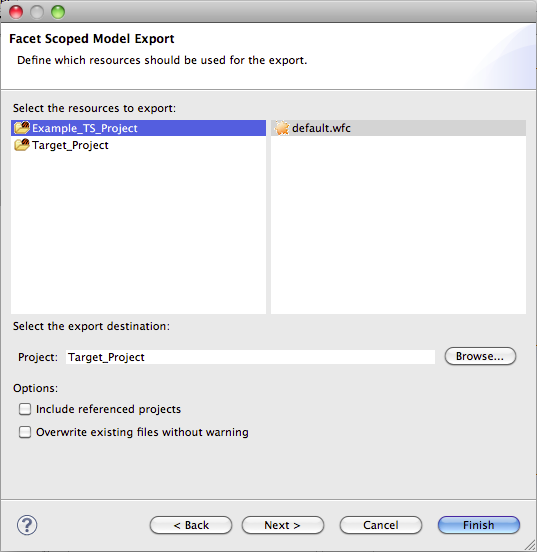 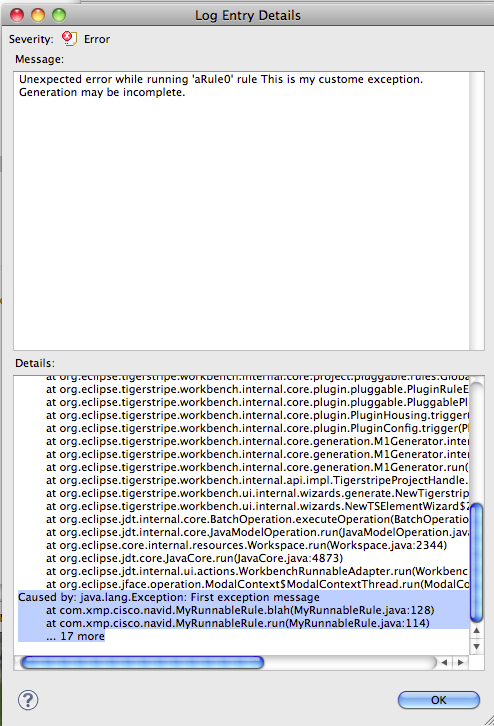 Support for complex annotation attributes (Bugzilla 359863)
This enhancement has already been fixed. The corresponding bugzilla was never closed. 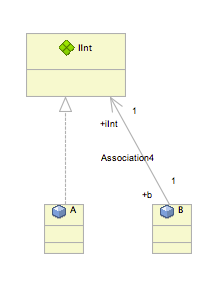 Prevent users from adding empty patterns into facet scope (Bugzilla 371704)
Users were able to enter an empty pattern into a facet's scope. The fix for this defect prevents this from happening. 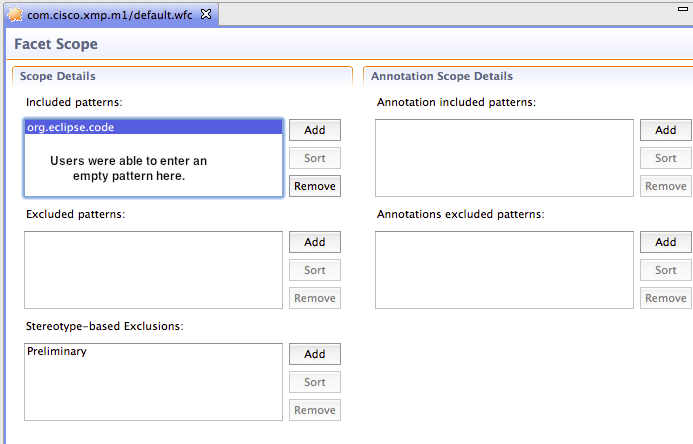 Auditor does not identify missing artifact references on Query artifacts (Bugzilla 299120)
This defect was similar to bugzilla#298975 where the return type of a Query artifact was not being properly checked.

Export of Annotations as stereotypes need additional attribute in XML (Bugzilla 305933)
This defect caused issues when exporting a Tigerstripe project in XML format. The annotations were mistakenly marked as stereotypes, which isn't correct.

Problem exporting to UML (Bugzilla 282508)
This was an old issue which was fixed a while ago but the corresponding bugzilla was never closed. 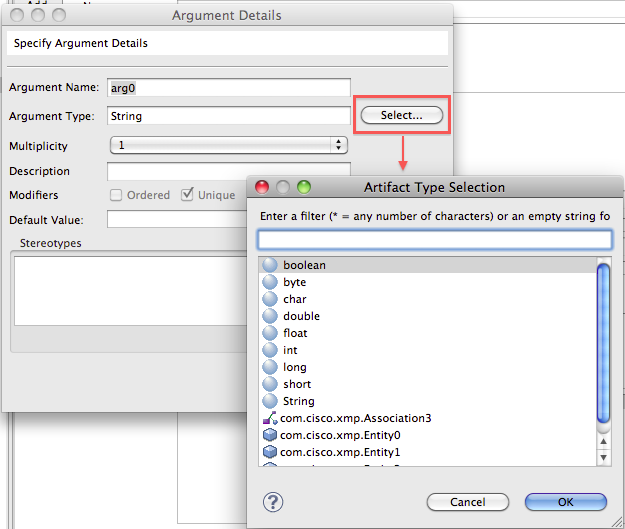 Various issues with facets (Bugzillas 371573, 371578)
Several issues related to facets were resolved. Bugzilla#371573 was a problem where including packages in the facet scope would not work properly. Bugzilla#371578 was an issue where facets were not applied properly for referenced TS projects

Issues with Model Name vs. Model ID (Bugzillas 313251, 310049)
All Tigerstripe projects contain a model name as specified on the overview pane of their tigerstripe.xml file. A model ID was later added to give a unique fully qualified name to projects (this was required by the annotation framework). Unfortunately the introduction of model IDs caused a couple of issues as noted above. There were also confusion in the public APIs as well as backward compatibility issues with older projects, which didn't contain a model ID. These issues are now resolved. 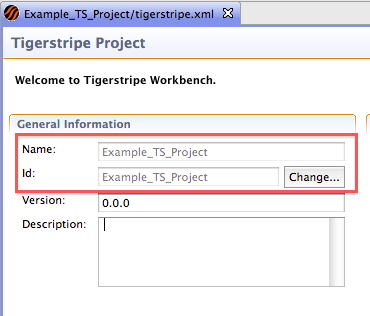 Error on first Query is removed when a second Query is added (Bugzilla 320772)
This was an issue where a problem marker was incorrectly removed after adding a Query artifact.

In some cases rename wizard was not invoked when expected (Bugzilla 323060)
After an artifact has been created, the rename wizard should get triggered when user tries to rename the artifact. There was a particular use case where a direct edit was being performed as opposed to invoking the wizard. 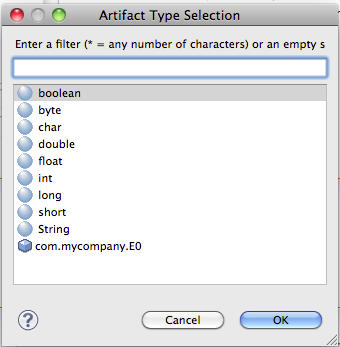 Directional associations between entities to association classes are not displayed as such in instance diagrams (Bugzilla 327718)
See defect description for more information.

TigerstripeM0GeneratorNature.configure not implemented (Bugzilla 256777)
The print out statements were replaced by todo statements.

Defect(s) marked as Won't Fix:
Bugzilla 235351 - Tool to find paths between pairs of classes
Bugzilla 239948 - Provide access to facet scope resolution functionality to Generators
Bugzilla 240158 - Documentation plugin should also generate pdf
Bugzilla 366132 - Method name differs before and after saving changes
Bugzilla 297490 - Facets of dependent projects are not considered
Bugzilla 247951 - Ordering of Collections Returned from APIs
Bugzilla 260080 - Use of toOSString vs. use of toPortableString
Bugzilla 298846 - Inconsistent messages from generate depending on how facet applied

Defect(s) marked as Duplicate:
Bugzilla 320068 - Use model information in annotations

Defect(s) marked as Works for Me:
Bugzilla 244018 - After switching off TigerstripeProjectAuditor still get audits running
Bugzilla 269479 - Non navigable association error hidden when fields are never read