Changes to Tigerstripe in Iteration 39:

Display annotations on artifact modules in Tigerstripe Explorer (Bugzilla 352615)
Annotations on tigerstripe modules are now displayed in TS explorer. The corresponding preference option must be turned on to leverage this feature. See 'Explorer' preference page under Tigerstripe. 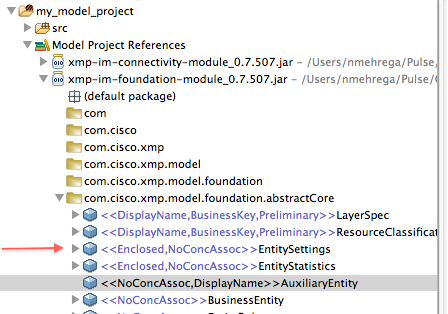 Relationships are not displayed on diagram from installed modules (Bugzilla 355474)
This was a regression where artifact relationships were not carried over when they were dragged and dropped on class diagrams.

Defect(s) marked as Invalid:
Bugzilla 320067 - Specify scope of an annotation
Bugzilla 355918 - Classes from dependent module are not deleted automatically from diagrams when dependency removed


Defect(s) marked as Won't Fix:
Bugzilla 352180 - Different behavior of include inherited artifacts in the facet scope