Git and EGit for Beginners

First, understand that a "commit" in Git is no longer a remote operation. Git maintains a complete copy (clone) of the repository, so your commits no longer go on the server. Changesets are pushed to the server. You commit locally.

While you're there, install the PDT tools from Programming Languages. 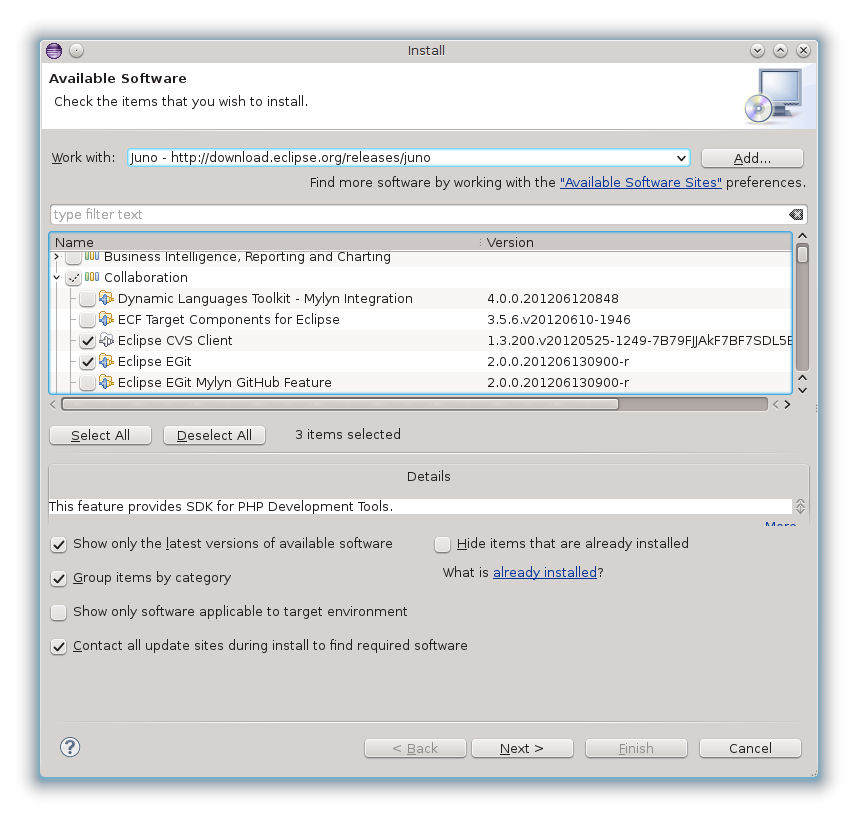 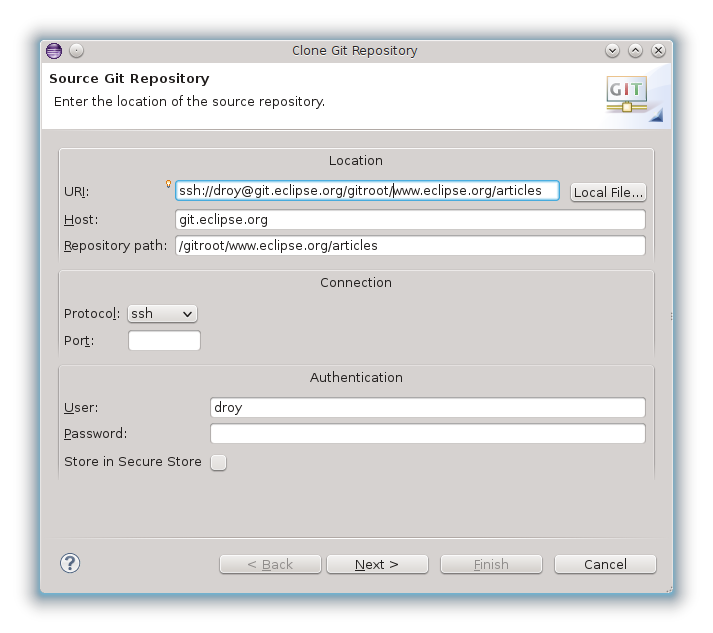 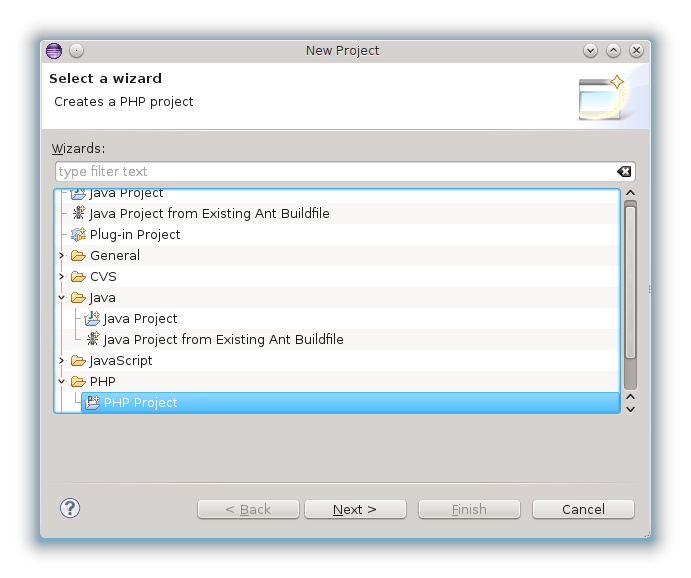 Repeat these steps for other web content you may need to connect to.

You'll end up with a new project, similar to the screenshot. The information between the square brackets is information about the Git repo. 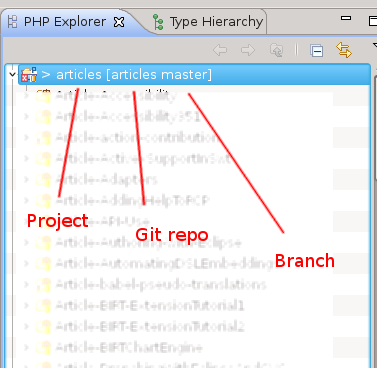 REMEMBER: a "commit" in Git is a LOCAL operation on your local Git clone. Committing does _nothing_ on the server -- that's what a PUSH is for!

In the screenshot below, you can see I changed the file "about.xml" since it has a change marker (>) in front of it. 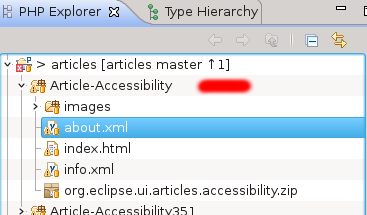 No one really cares what your name and email address are when you only commit locally. However, if you want your committed changes to be accepted by the Eclipse Git servers, the Committer information must match your committer record. To set them correctly in Eclipse: 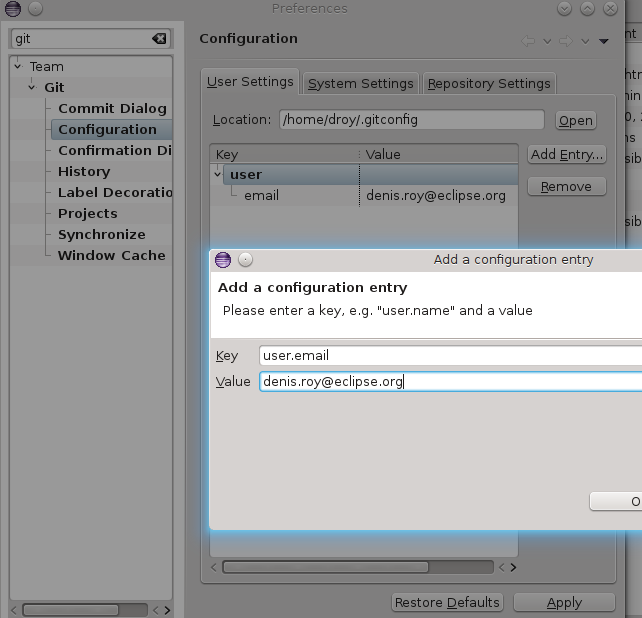 Be sure to provide values for both user.name (e.g. "Ian Skerrett") and user.email (e.g. "ian@twilightfan.com").

A git PULL is the equivalent to a CVS Update. The difference is that you can only do a PULL at the project/repo level, unlike in CVS where you could update an individual file. Another difference is that there is not a master www project that you can update everything. Each sub-directory of eclipse.org is now a git repo, so you have to update each repo.

Committing a Change to the Eclipse.org server

In CVS, you needed to select a file or folder, and then under the Team menu select Commit to send the changes to the server

In git, it is a two step process. 1) You must COMMIT your changes at the file or folder level. This only commits them to a local git repository. To do the local commit, select the file, right-click menu, Team -> Commit. 2) To push them back to the server, you need to "Push to Upstream". You can only push to upstream at the project/repo level. You can't push an individual file, like you can in CVS.

This page was last modified 11:22, 24 September 2012 by Denis Roy. Based on work by Wayne Beaton and Ian Skerrett.