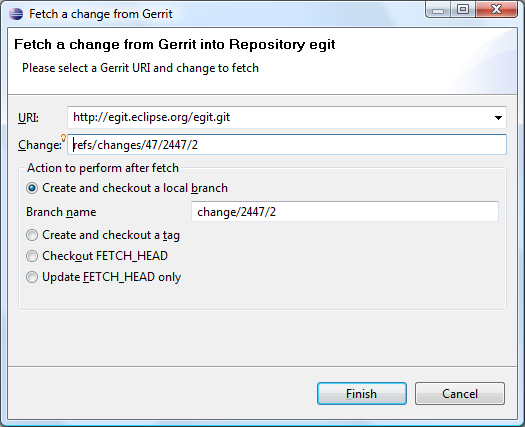 A new wizard provides convenient fetching of changes from Gerrit

A couple of new actions (Team > Push to Upstream and Team > Fetch from Upstream) allows to directly push to and fetch from the remote stored in the upstream configuration of the currently checked out branch without the need to go through a wizard each time. 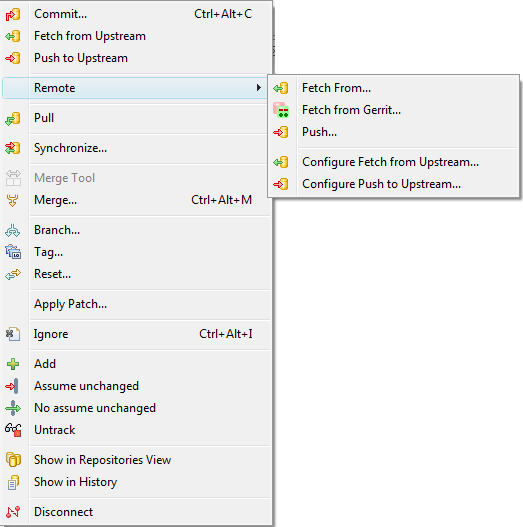 Simplified Wizards for Configuration of Fetch and Push

Simplified Fetch and Push Wizards were implemented which also behave much closer to fetch and push in c git. 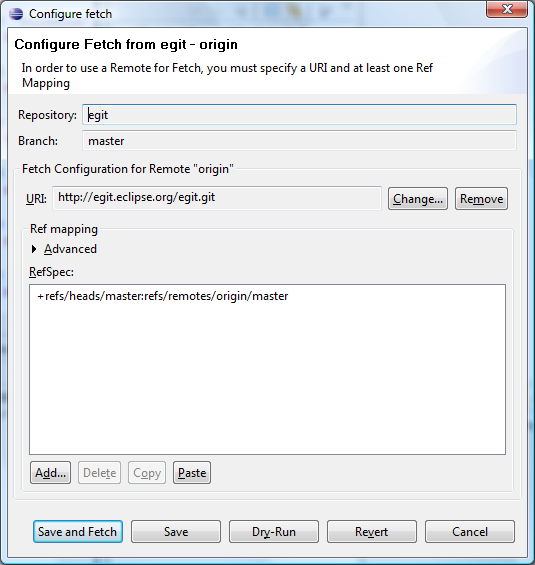 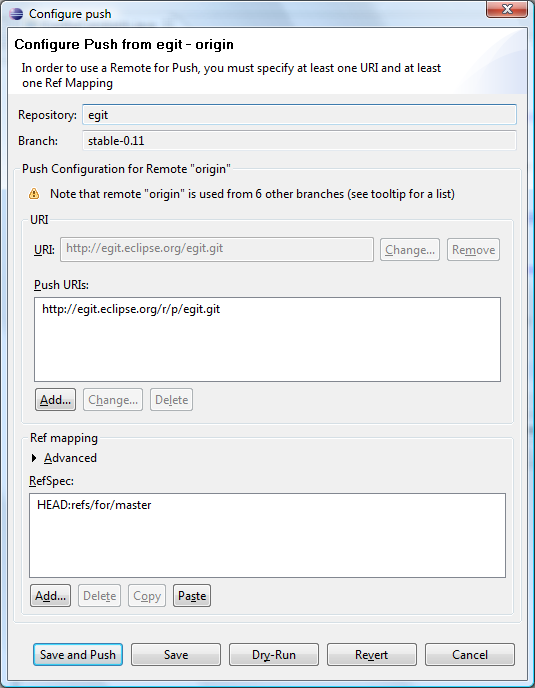 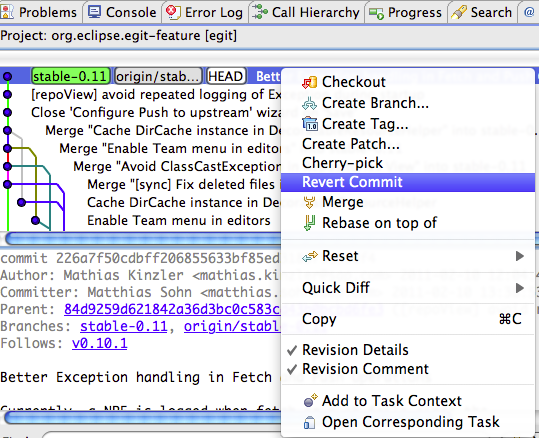 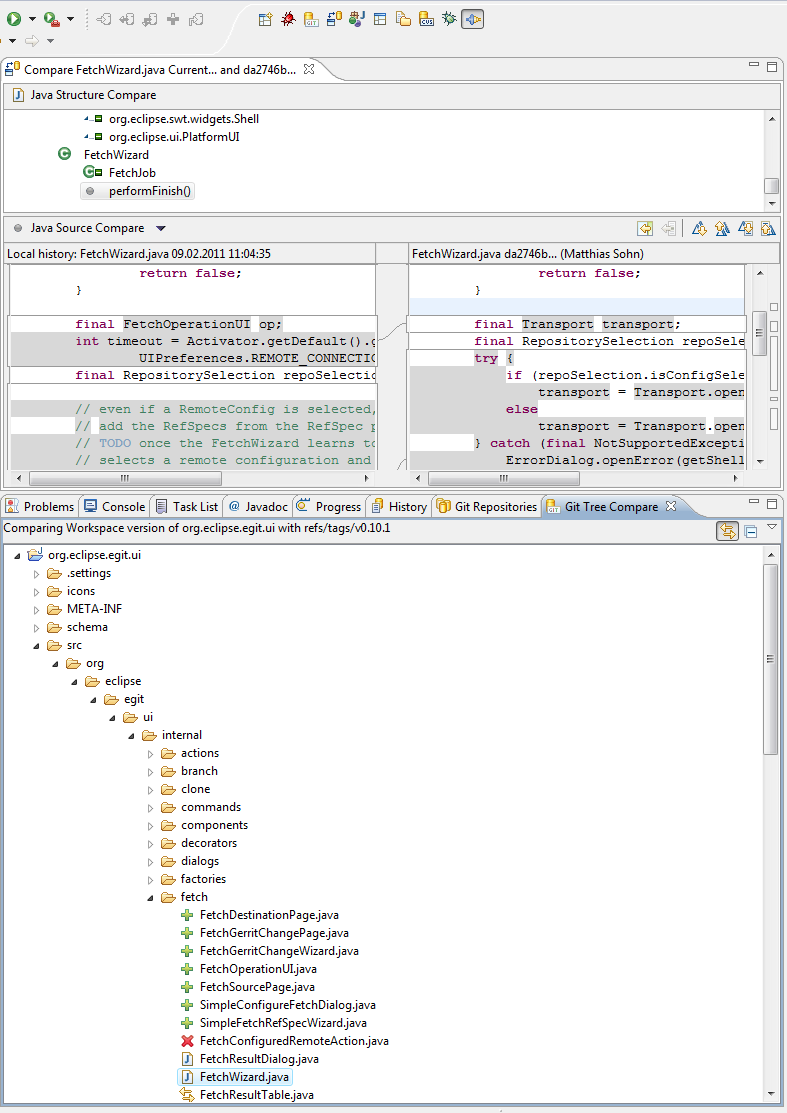 The commit dialog is now integrated with Mylyn to populate it with active task information. 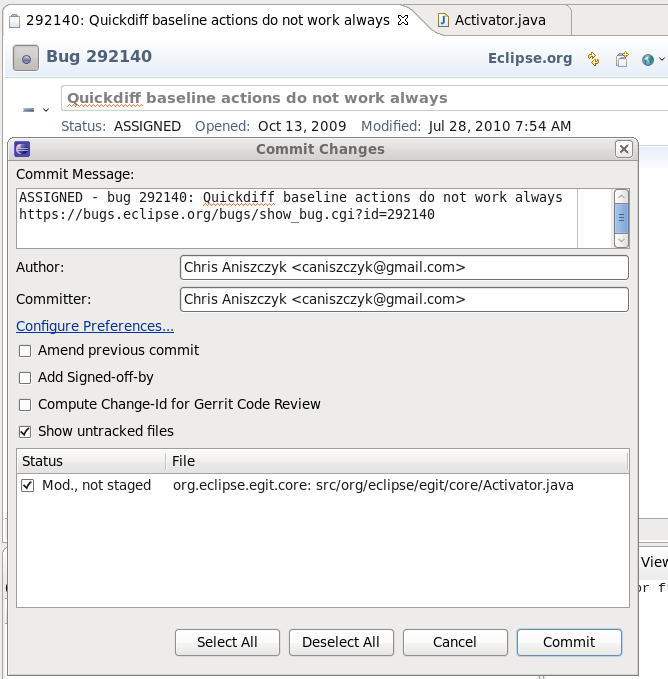 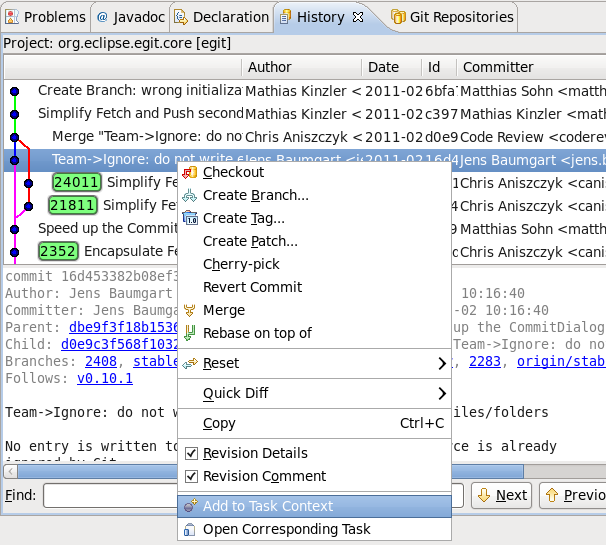 The following operations are now much faster:

43 bugs and 11 enhancement requests were closed.

This page was last modified 13:34, 10 February 2011 by Mathias Kinzler. Based on work by Remy Suen, Matthias Sohn and Chris Aniszczyk.