The Declarative UI should be a foundation solution to resolve these problems. Some of them can be resolved directly, and some of them needs a tools built on top of this component such Visual Editor, modeling tool.

This component can be used by three kinds of developer: 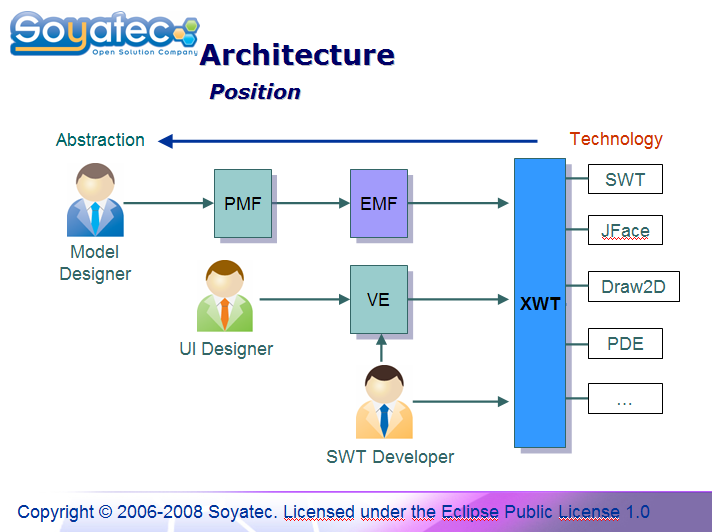 The following features are very critical for this framework: