The purpose of Experiments is to allow running a set of scenarios, one after another, each modifying some aspect of a "base" scenario. As an example, suppose you do not know the transmission rate for a disease. One can set up an experiment that varies the transmission rate through a range of values and the result for each run can be analyzed (via log files).

STEM uses components called "Modifiers" to modify the base scenario from one run to the next. A modifier is attached to another component in your scenario. for instance a disease model or a infector. The modifier is responsible for changing one or more attributes of the attached component between runs.

2) Create one or more modifiers. Modifiers can be created for for models, disease models, infectors, inoculators or graphs. To create a modifier for a disease, for example, find your disease in the STEM Project Explorer. Select it, right click on your disease, and chose create a modifier as shown in Figure 1. 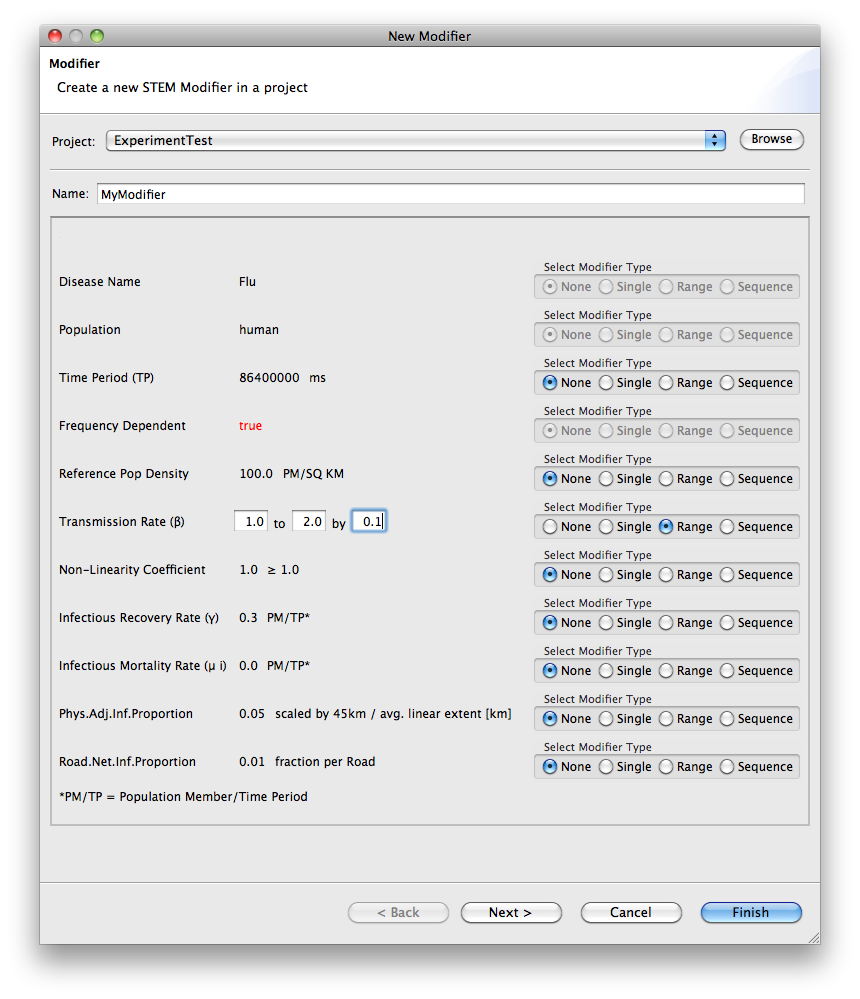 Figure 1a,b: Creating a new modifier for a particular disease in an existing scenario (1a) and the wizard used to specify the features modified by the modifier (1b)

This will launch a new dialog to help you create a modifier that can be added to an experiment (see Figure 1b). In the new modifier dialog are different Modifier Options available , for example, under Transmission rate select "range" and specify the range as shown.

3) On top, select "New Experiment" from the toolbar to launch the New Experiment wizard (Figure 2). Specify a name for your experiment and click Finish.

4) Open your new Experiment in the editor and drag the Scenario you created into the experiment.

5) Drag the modifier you created into your new Experiment. You can drag any number of modifiers into the experiment.

5) Save your experiment by hitting ctrl+s

6) To run the experiment, right click on it and select run. It's a good idea to enable logging before you start an experiment, or the results will be lost. 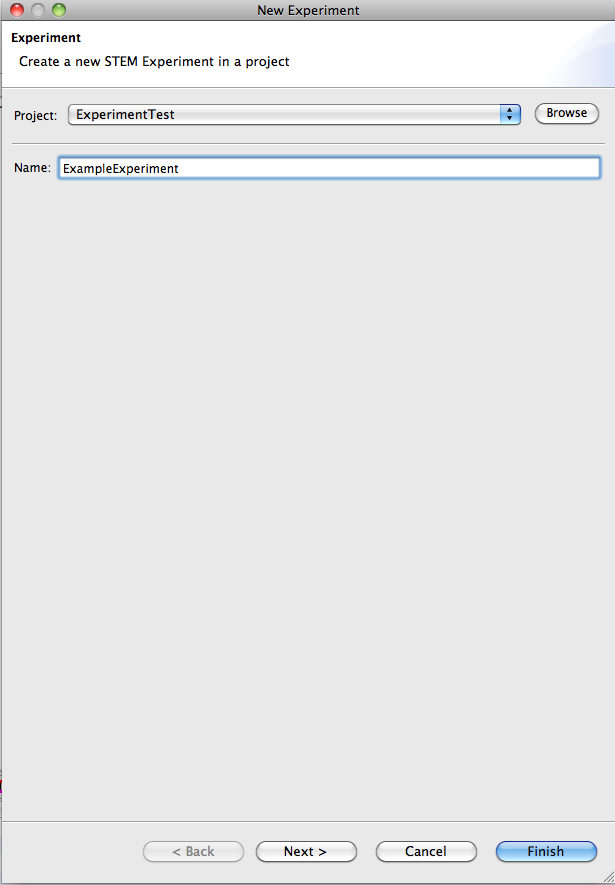 There are four different options to change a value in a modifier:

Note: It is possible to put a bulk of sequence Values into the Project, e.g. you want to run 100 different values for one Parameter. Currently there is no file Upload in the menu, so you have to put the data directly into the Modifier file with the XML Format. Please note every value is one scenario so it needs a lot of time, if you have many sequences. You can add the different values with: <sequence>1</sequence>

Please note that the stochastic solver seed is not modifiable but it can be configured to automatically run with a new seed on each run. please see STEM_Solvers#Running_Stochastic_Solvers_in_Batch_Mode for more information

This page was last modified 16:31, 31 March 2018 by James Kaufman. Based on work by Taras Guenther and James Kaufman, Eclipsepedia user Edlund.almaden.ibm.com and others.