Milestone 7 adds support for dynamic drawing of DOT graphs with Zest by interpreting the parsed EMF object tree and creating a Zest graph instance (see screenshot). This is now used in the graph wizard (see Milestone 3) to allow dynamic preview of the Zest graph when the DOT template is changed inside the wizard. The DOT input can be given as a String, File or IFile. A Zest graph instance can then be created in a parent, with a style: 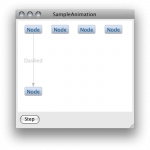 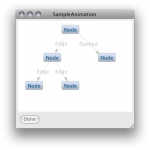 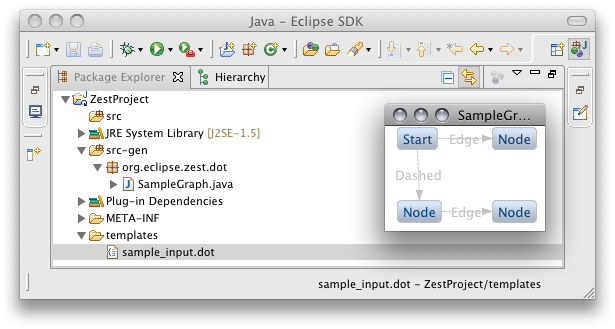