This API is currently composed of three parts: a sketch Tool, a Recognizer and a sketch Bank. The figure below shows how the API integrates with GEF, through AbstractTool and GraphicalEditor. The upper part of the figure is an example of integration -- it shows a GEF editor (ShapesDiagramEditor) and three tools (for Square, Triangle and a connection). The integration is made through the SketchTool -- a tool that observes the user's clicks and drags and provides a visual feedback of what is being drawed on the editor. Once the sketch is finished, the tool also passes the points to the SketchManager, which in turn processes those points and updates the editor. 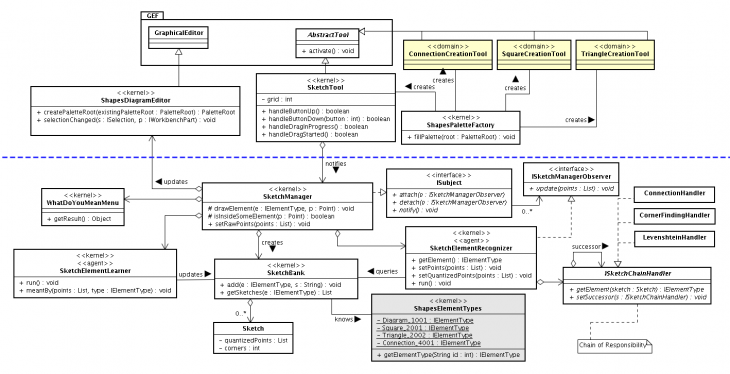 This project is targeted at final users. The developers who wish to bundle it to a final product might do so through a small set of configurations, in which is possible to specify, among other things, the elements that should be recognized.