The recognition is being made primarily with Levenshtein's algorithm for string distance. The user's sketch is transformed in a set of points placed on a grid, then each point is transformed to a number according to the next point's position. This approach is described in detail here (http://www.springerlink.com/content/u0r7261w01248q1t/). 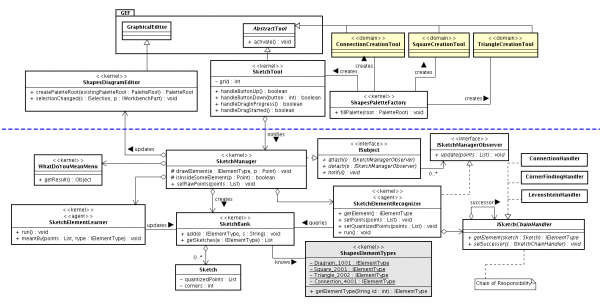