Difference between revisions of "Scout/HowTo/4.0/Create a new project" 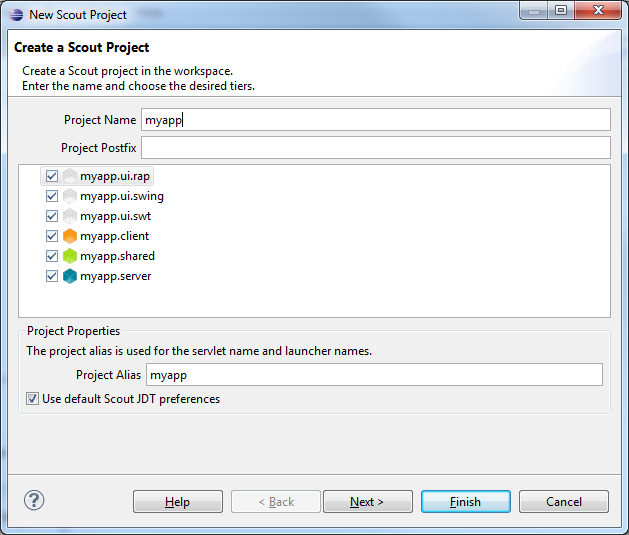 In the checkbox list you can choose which plugin-ins need to be created. A Scout application must not always be a client/server application.

You can also create client only or server only applications. But in any case you must include the shared plug-in in the project.

Because of the separation of the UI and GUI it is possible to choose the UI Plug-ins that will render the application. 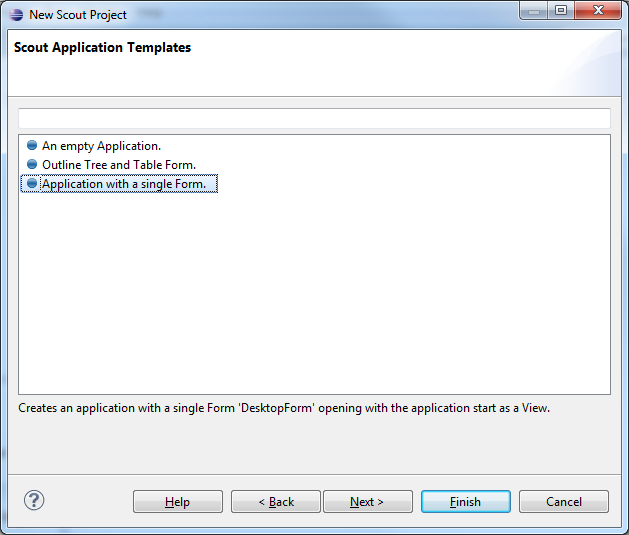 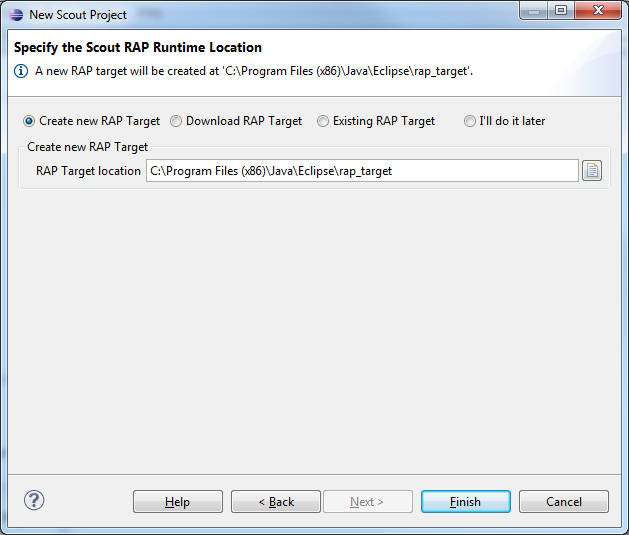