JRE 1.6 required
Eclipse for Scout Developers requires Java 6 or greater. If there is no Scout perspective you probably need to install an appropriate JDK.
If you have multiple JREs installed and want to be sure the right one is used start Eclipse Scout using the -vm command line argument and specifying the path to the executable. E.g.: eclipse -vm c:\path_to_the_jre\bin\javaw.exe. 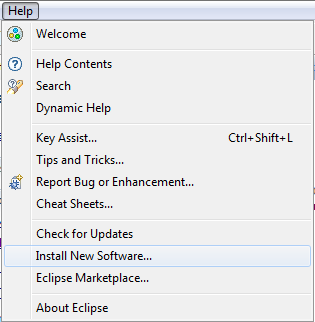 Use http://download.eclipse.org/releases/Juno in the dialog that shows up and expand Scout Application Development. When expanded, tick all checkboxes: 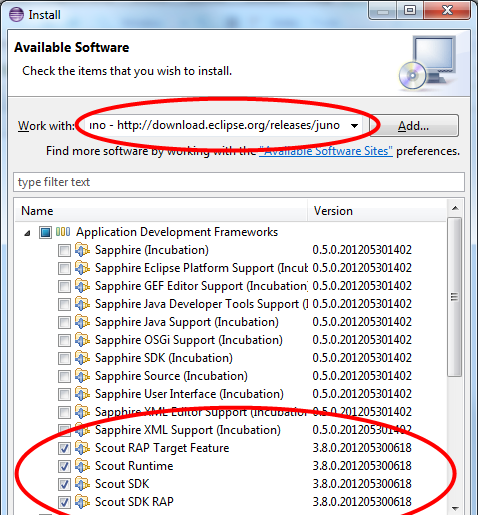 The source code for 3.8 (Juno) is available in the SVN repository : http://dev.eclipse.org/svnroot/technology/org.eclipse.scout

Scout moved to git for later releases, since Kepler you find the source code on git: http://git.eclipse.org/c/scout/

This page was last modified 02:06, 9 April 2013 by Marcel Burkhard. Based on work by Judith Gull, Matthias Zimmermann and Matthias Villiger.