A Pipelet is a POJO that implements the interface org.eclipse.smila.processing.SimplePipelet. It's lifecycle and configuration are managed by the workflow engine. An instance of a Pipelet is not shared by multiple Pipelines (workflows), even multiple invocations of a Pipelet in the same Pipeleline do not share the same instance. Each <invokePipelet> Pipeline has it's own instance. An instance may still be accessed by multiple threads, for example if the same Pipeline is executed in parallel. The configuration of each Pipelet instance is included in the <invokePipelet> call in the BPEL pipeline. For simple configuration options a ProcessingService can use the same XML format used to configure as Pipelets. There are ready to use classes for reading and parsing such configuration files available. Technical details on Pipelet development can be found in the tutorial How to write a Pipelet. 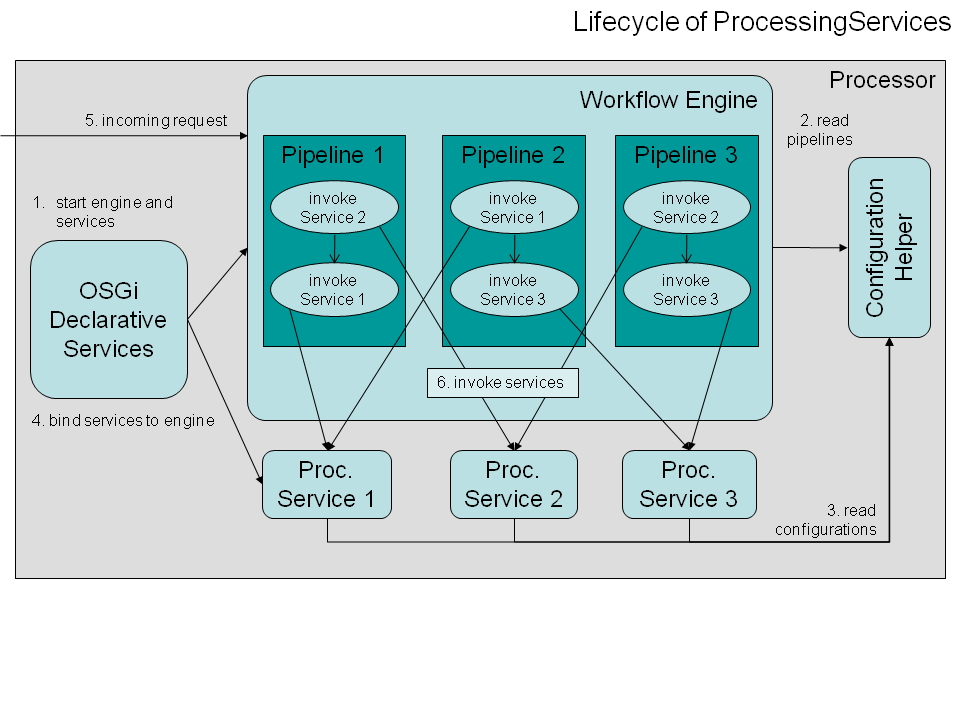 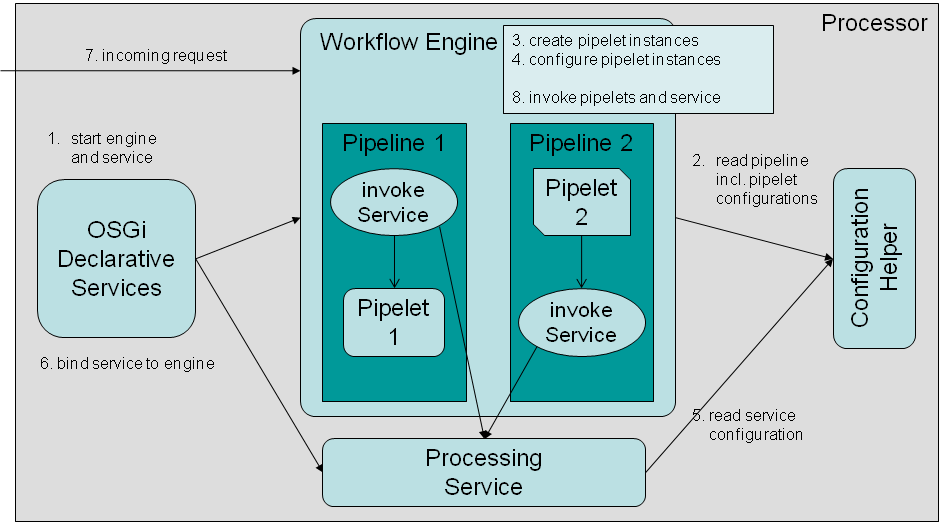