Mindful of all the precious comments and suggestions we have been receiving in the last few weeks, we have now put together a brand new requirements model, which we affectionately call model 2.0 and which is described in the sections below. We hope you all like it (we do!... :-), but we vividly encourage all ideas and criticisms.

A PDF version of the model description is available. So, if you prefer to review the model from the comfort of your favourite armchair, just click here.

These elements are both ManagedComponent elements. Together they form the basis of the ubiquitous pattern that facilitates extensions of the ORMF framework. Please see section KnownType/Discriminator pattern for a description of these two elements and of the related usage pattern. 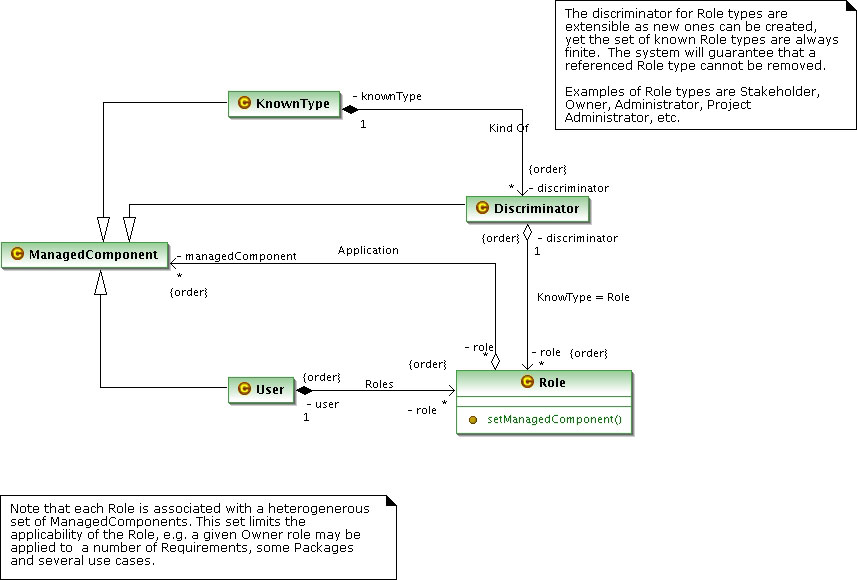 ORMF comes with a number of pre-defined role types, but the list may be easily extended using the pattern described in section KnownType/Discriminator pattern. 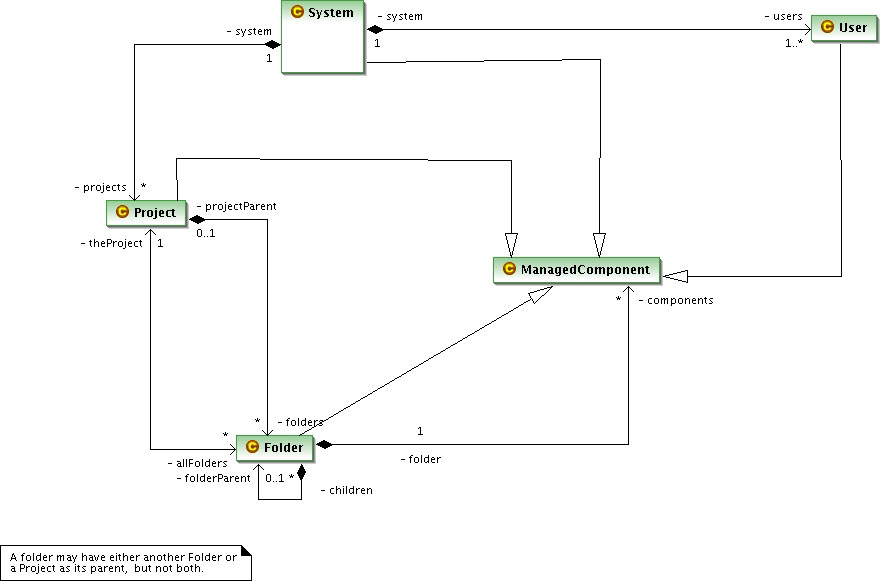 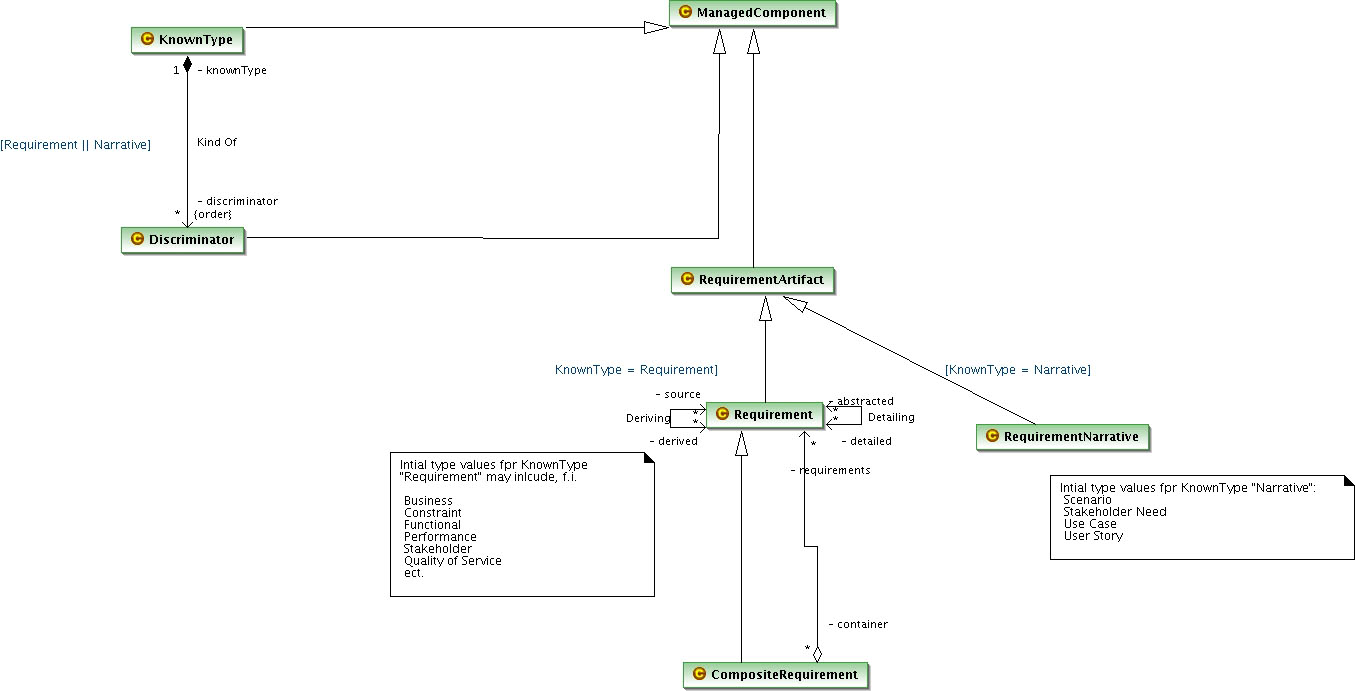