Building Eclipse Code Recommenders from sources should be pretty easy. If some of the steps below fail - let us know.

On your development machine, you should have installed/use:

mvn clean install automatically executes the maven builds for Eclipse 4.2 platform. If you want to build Code Recommenders for 3.7 just use

A list of defined maven profiles you can specify with -P:

Sidenote: It's possible to specify more than one profile at the same time using a comma separated list as in "-P e3x,build-server". Note, that there is no whitespace between the profiles. Note further that e3x and e42 are mutually exclusive since they specify the build environment using target definition files.

On command line do: 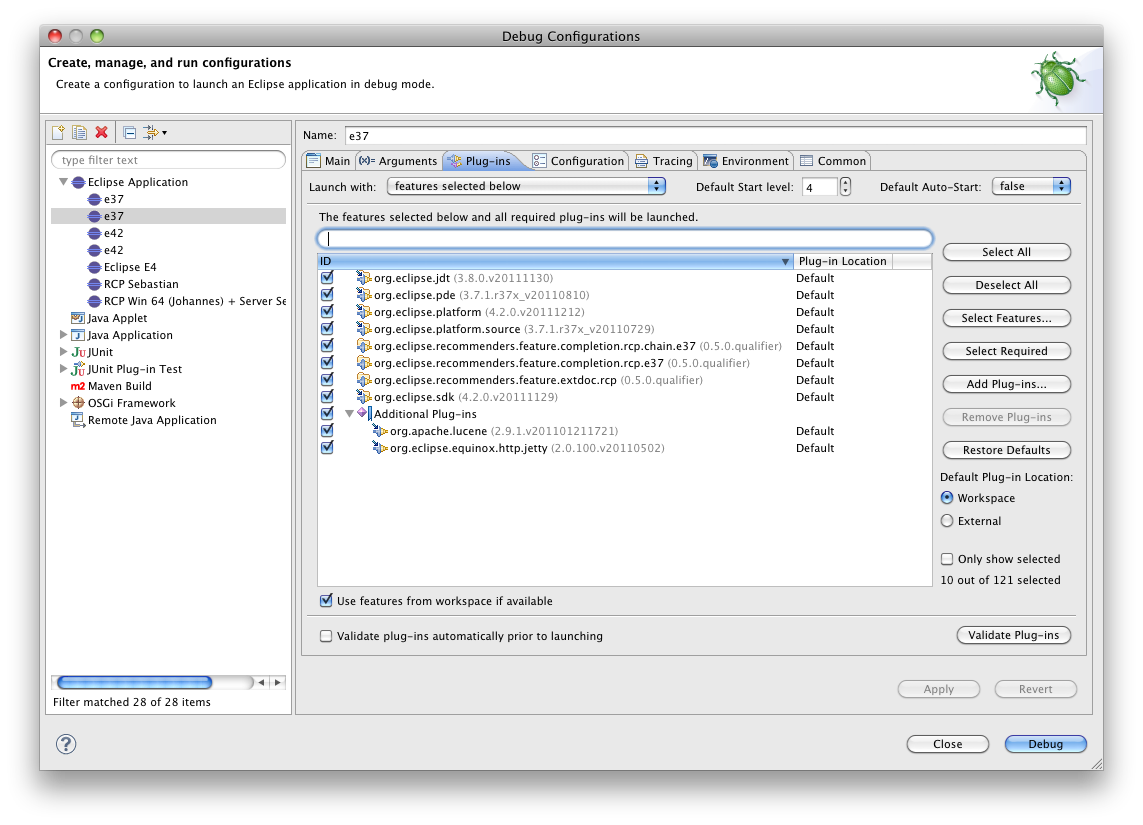 If anything does not work as expected, report it to http://eclipse.org/forums/eclipse.recommenders. We are glad to lend a hand to get the build working for you.

After setting the target platform, there will be several projects projects which will still contain compile errors. *.fixture* projects contain test scenarios for code completion and don't compile "per construction". Some test and plug-in projects (e.g., codesearch.rcp, udc.rcp, and completion.rcp.templates) haven't been migrated to the latest e4.2 infrastructure yet. But you shouldn't care too much about them.