To publish a milestone or release from a build, you have to use the following scripts (on the build.eclipse.org server) under: /opt/public/modeling/mdt/papyrus/ 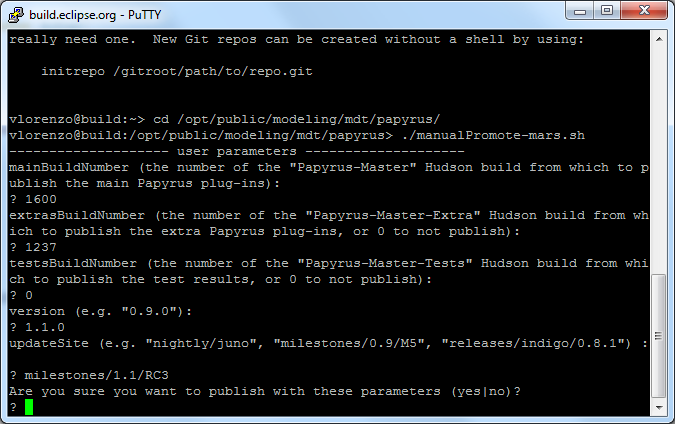 You should verify that what you have pushed is there :

Once you have verified that what you have pushed is there , all you have left to do is to: