An Oomph installation process is available. It is similar to the one described for Papyrus itself: Papyrus with Oomph. Download the Eclipse installer supporting Oomph. Then, download the Papyrus-for-Robotics setup file.

After opening the Eclipse installer, change to the advanced mode and choose an "Eclipse IDE for committers". Then, use the "add" button, select the "Eclipse projects" catalog and browse the file system to the downloaded Papyrus-for-Robotics setup file (Step 1 in the figure below). Afterwards, you can select Papyrus for Robotics, as shown below. 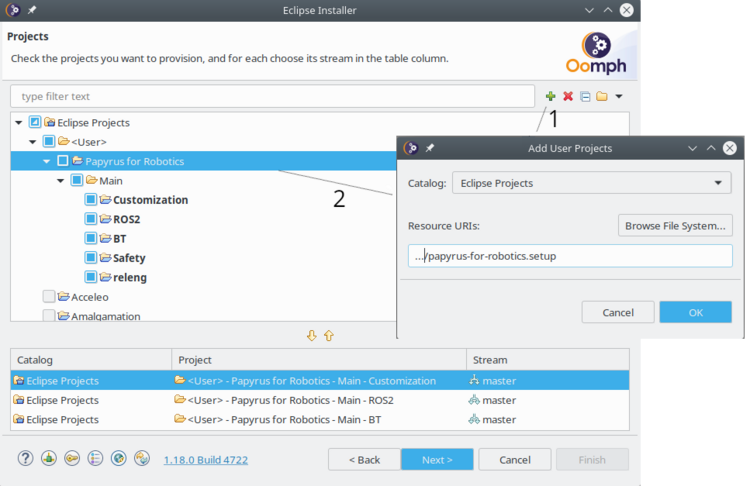 The plugin folder has 5 main packages

This page was last modified 07:20, 26 September 2022 by Ansgar Radermacher. Based on work by Christophe Aussagues.